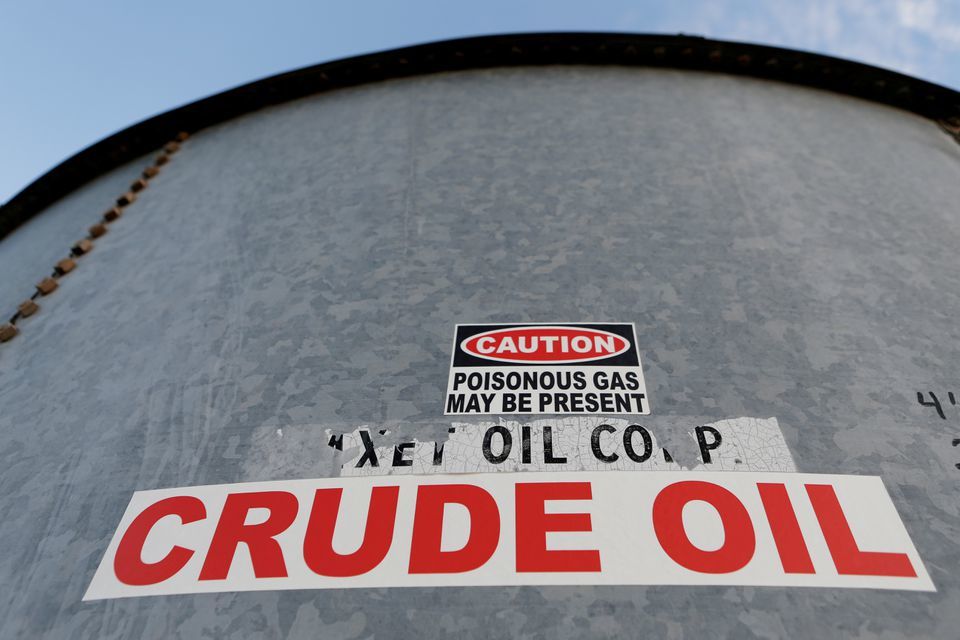 Saudi Arabia and Russia are more confident higher oil prices will not elicit a fast response from the U.S. shale industry, OPEC+ sources said, reflecting a desire to rebuild revenue and supporting the case against raising OPEC+ output more quickly.

The two countries lead the OPEC+ group of the Organization of the Petroleum Exporting Countries and allies. OPEC+ supply restraint has underpinned a rally that pushed global benchmark Brent crude to a three-year high of $86.70 last month.

The signs that Riyadh and Moscow are less wary about higher prices help explain why OPEC+ has rebuffed calls from the United States and other consumers for a more rapid unwinding of output cuts made last year during the worst of the pandemic.

"OPEC+ keeps an eye on U.S. oil production and reserves and for the time being the alliance has no worries about that," said a Russian OPEC+ source. "U.S. shale oil output is recovering relatively modestly."

All oil producers suffered a drop in income during the pandemic and the price rally has allowed them to rebuild their balance sheets.

U.S. shale companies were under pressure even before the pandemic to cut spending and expansion and increase returns to shareholders. That pressure has kept them in check even as oil prices have risen to levels that would previously have sparked a boom in shale oil drilling.

The trend looks to have eased OPEC+ concerns that higher prices would lead to more U.S. shale output, therefore making them more comfortable about the rally.

Russia often previously voiced concern that if OPEC did not increase output and keep prices in check, it would encourage more shale drilling. Russian officials have showed no such concern recently, OPEC+ sources say.

"There is little doubt that the Saudis and the Russians have raised their price aspirations. They started the year at an unofficial target of $75 Brent but are getting more comfortable with higher," said Gary Ross, CEO of Black Gold Investors and a veteran OPEC watcher.

"The reasons could be a combination of need, politics, and the market being able to handle it because of shale being a less dominant feature with apparent capital discipline," Ross added.

OPEC's forecasts call for no growth in U.S. shale output in 2021, and a modest rise of about 400,000 bpd in 2022, although internal forecasts seen by Reuters suggest the 2022 figure will be revised higher.

"The issue of shale oil has not arisen for several months, neither for the ministers nor at the technical level," said an OPEC+ source.

Investors have punished U.S. shale companies that tried to increase their spending on drilling for the last two years – knocking shares of companies that did not cut their budgets and aim for flat oil production.

U.S. shale operators have pulled away from far-flung locales where the break-even cost is higher than in the Permian Basin, the largest U.S. shale play, based in Texas and New Mexico.

The Permian's output peaked in March 2020 at 4.91 million barrels per day; it is forecast to be at 4.89 million bpd in November, or just 0.5% below that peak, according to U.S. Energy Department figures.

The rest of the shale basins in the United States, by contrast, were expected to produce a total of 3.3 million bpd in November, down 27% from a peak 4.5 million bpd reached in February 2020.

Rapid growth in the non-conventional shale oil supply has caused problems for OPEC in the recent past.

Rising shale output, encouraged by OPEC's policy of cutting supply to support prices, helped create a glut during 2014-2016. This glut eventually prompted the creation of OPEC+, which began to restrain output in 2017.

With shale output seen as unlikely to rebound for now, OPEC+ has been able to avoid action to dampen the price rally.

OPEC+ at its meeting on Oct. 4 was under pressure from the United States to do more to cool the market. The group, sources said, had options to boost output by 800,000 bpd and by 400,000 bpd as called for in its plan.

Saudi Arabia made clear it was against adding more than 400,000 bpd, and Russia, which earlier this year was pushing for more rapid OPEC+ output hikes, did not object, OPEC+ sources said.

"MbS is a young crown prince and will be a king for years to come and therefore he needs moderately high oil prices to help him deliver on his vision," a Saudi source close to government thinking said, declining to be identified.

"He outlines oil and Saudi OPEC policy himself, and he gave directions that they should stress at the last OPEC+ meeting that there will be no further increase," the source added, referring to the Oct. 4 meeting.

To be sure, OPEC+, Saudi Arabia and Russia have no official oil price target - OPEC dropped such efforts years ago as unworkable - and say the objective of production policy is to balance supply with demand.

Saudi Arabia is more dependent on higher oil prices than other key OPEC+ members. The IMF estimates Saudi Arabia's fiscal breakeven oil price is about $80, higher than other large OPEC producers such as Iraq and the United Arab Emirates. Russia's, in contrast, is around $40.

Russia, while less dependent on oil income than Saudi Arabia, has at various times this year urged higher output. In January, it secured a deal to boost its own production, while Saudi Arabia made a voluntary cut.

With shale not seen as a concern for now, calls in OPEC+ for more rapid output hikes have faded.

"The feedback we have from shale has been that investors are focused on recovering their capital, even with high prices, no increase in production is expected in the short term," said another OPEC+ source.