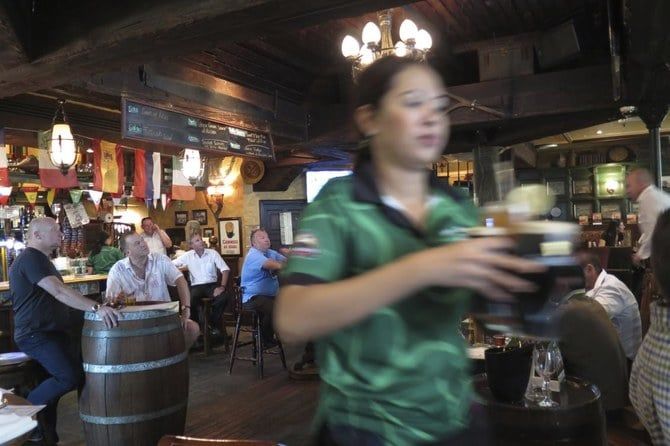 Dubai ended its 30 percent tax on alcohol sales in the sheikhdom Sunday and made its required liquor licenses free to obtain, ending a long-standing source of revenue for its ruling family to apparently further boost tourism to the emirate.
The sudden New Year’s Day announcement, made by Dubai’s two state-linked alcohol retailers, came apparently from a government decree. However, government officials did not immediately acknowledge the decision and did not respond to questions from The Associated Press.

But it follows years of loosening regulations over liquor in the sheikhdom, which now sells alcohol during daylight hours in Ramadan and began providing home delivery during the lockdowns at the start of the coronavirus pandemic.

Alcohol sales have long served as a major barometer of the economy of Dubai, a top travel destination in the UAE, home to the long-haul carrier Emirates. During the recent World Cup in nearby Qatar, Dubai’s many bars drew commuting soccer fans.

However, a pint of beer easily can cost over $10 at a bar, with other drinks running even higher. It wasn’t immediately clear if this would cause a price drop at alcohol-serving establishments or if it only would affect those buying it from retailers.

Alcohol distributor Maritime and Mercantile International, which is part of the wider Emirates Group, made the announcement in a statement.

“Since we began our operations in Dubai over 100 years ago, the emirate’s approach has remained dynamic, sensitive and inclusive for all,” said Tyrone Reid of MMI. “These recently updated regulations are instrumental to continue ensuring the safe and responsible purchase and consumption of alcoholic beverages in Dubai and the UAE.”

MMI did not respond to a question over whether the decision was permanent. However, an ad put up by MMI urged customers to buy from its stores, saying “you no longer need to drive out to the other emirates.” Dubai residents long have driven into Umm Al-Quwain and other emirates for bulk, tax-free alcohol purchases.

African & Eastern, the second alcohol retailer believed to be at least partially held by the state or affiliated firms, also announced the end of the municipality tax and license fees.

Under Dubai law, non-Muslims must be 21 or older to consume alcohol. Drinkers are supposed to carry plastic cards issued by the Dubai police that permit them to purchase, transport and consume beer, wine and liquor. Otherwise, they can face fines and arrest — even though the sheikhdom’s vast network of bars, nightclubs and lounges almost never ask to see the permit.

Still, relatively liberal Dubai is an outlier among others in the region. Sharjah, an emirate that borders Dubai to the north, outlaws alcohol, as do the nearby nations of Iran, Kuwait and Saudi Arabia.

Abu Dhabi, the capital of the UAE, ended its alcohol license system in September 2020. The announcement Sunday also came as the UAE prepares to introduce a 9 percent corporate tax in June atop of other fees and charges it levies while avoiding personal income taxes.
#Coronavirus
Add Comment