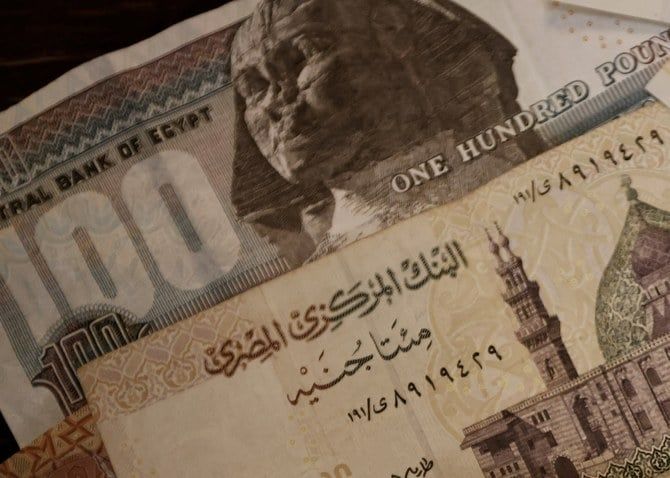 The Egyptian pound tumbled this week in its largest single-day slide since the cash-strapped government agreed to a $3 billion International Monetary Fund deal in mid-December, authorities said.
The pound fell from around 24.7 for $1 to just over 26.3 against the dollar, some three weeks after Egypt and the IMF formally ratified the support package, approved in exchange for a number of economic reforms implemented by the country’s Central Bank, including a shift to a flexible exchange rate.

The package allows for a further $14 billion in possible financing for Egypt.

The Egyptian economy has been hit hard by years of government austerity, the coronavirus pandemic, and the fallout from the war in Ukraine. Egypt is the world’s largest wheat importer, with most of its imports having traditionally come from eastern Europe.

Since the start of 2022, the Egyptian pound has lost more than 40 percent of its value against the dollar, with the country currently facing a foreign currency shortage.

In recent months, Egypt has also been beset by rising inflation, with the annual rate reaching above 18 percent in November. The Central Bank has sought to curb the rise by raising interest rates.

The National Bank of Egypt and Banque Misr — two of Egypt’s state-run banks — announced they were offering yield saving certificates with 25 percent interest rates, a move experts believe is another attempt to rein in inflation.

Most Egyptians rely on the government subsidies to afford basic goods such as bread, policies that have been in place for decades. Almost a third of Egypt’s 104 million people live in poverty, according to government figures.
#Coronavirus
Add Comment