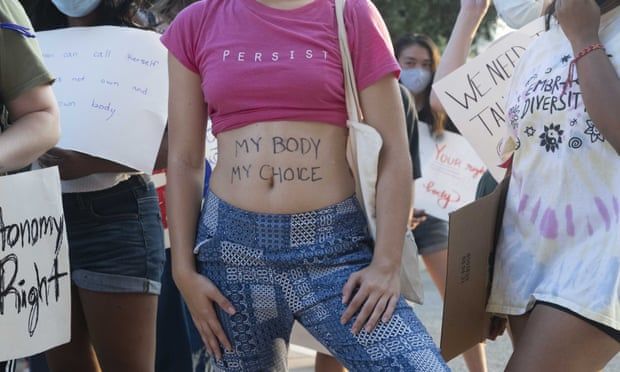 A leaked supreme court draft ruling shows the US is set to end 50 years of a woman’s right to choose. Elsewhere, the battle still rages

In 2022, abortion remains one of the most controversial and bitterly contested ethical and political battlegrounds. It is illegal for women to terminate their pregnancies in any circumstance in 24 countries, with a further 37 restricting access in any case except when the mother’s life is in danger.

As a leaked document signals that the US supreme court is poised to strike down the landmark 1973 ruling in Roe v Wade, millions of American women face losing their access to legal abortions, joining millions more living in those countries rejecting a woman’s right to choose.

According to data from the World Health Organization (WHO), unsafe abortions kill more than 47,000 people every year, with five million hospitalised for complications such as bleeding or infection.

WHO data also shows that banning abortions has little or no effect on abortion rates throughout the world.

Latin America has some of the world’s most extreme anti-abortion laws. Abortion is illegal under any circumstances in El Salvador, Nicaragua and Honduras. Since 1998, at least 140 women in El Salvador, where abortion is punishable with up to 35 years imprisonment, have been charged under anti-abortion laws. Many of them had suffered a miscarriage.

In Brazil, under the far-right president Jair Bolsonaro, access to abortion – only legal in the country on the grounds of rape, severe foetal defects and women’s health – has been curtailed. In 2020, the country introduced new legislation that requires medical staff to inform the police of rape survivors seeking the procedure.

However, other countries on the continent have broadened access to legal abortions. In February, Colombia decriminalised abortion, while Chile signalled that wider access to abortions may be enshrined in its new constitution. 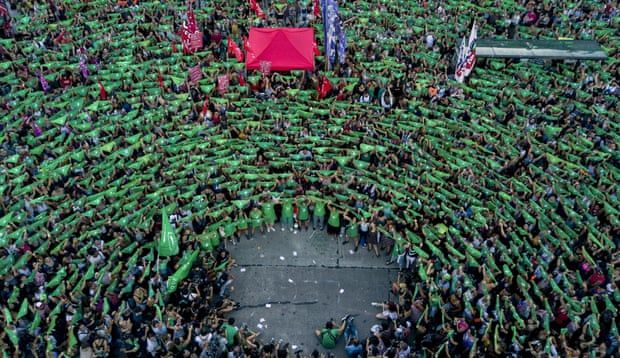 Pro-choice activists calling for decriminalising abortion raise green handkerchiefs as they rally outside the Argentinian Congress in Buenos Aires in 2019.

In 2020, Argentina legalised abortion on request in the first 14 weeks of pregnancy. Uruguay passed similar legislation, allowing abortions up to the 12th week of pregnancy, in 2012.

Africa has the highest death rate related to unsafe abortions, according to the Guttmacher Institute, with 92% of women of reproductive age in the region having restricted access to legal terminations. The Center for Reproductive Rights estimates that the deaths of up to 15,000 women a year could be prevented by improving access to safe abortions across the continent.

In several countries, including Egypt, Democratic Republic of Congo and Senegal, abortion is completely illegal. According to the Association of Senegalese Women Lawyers, 19% of female prisoners in Senegal in 2015 were incarcerated on the grounds of abortion or infanticide.

However, the number of African countries that allow abortion on request is growing. In 2021, Benin became the seventh country in the continent to legalise the procedure in the first trimester.

Poland is the only country where access to abortion is highly restricted. After a legislative ban was introduced in 2021, abortion can only be carried out when the pregnancy was caused by an illegal act, such as rape or incest, or when it threatens a woman’s health. In reality, though, it is difficult to secure a legal abortion on the grounds of rape, with fewer than five legal abortions a year carried out for this reason. Even when a woman’s health is at risk, doctors have become reluctant to carry out an abortion, leading to several deaths.

In December, Poland also announced it is planning to introduce a centralised register of pregnancies that would oblige doctors to report all pregnancies and miscarriages to the government.

In Romania, women are finding it increasingly difficult to access their legal right to abortion, with doctors refusing to provide the service. A 2019 survey found that only 25% of hospitals offered to carry out the procedure on request. 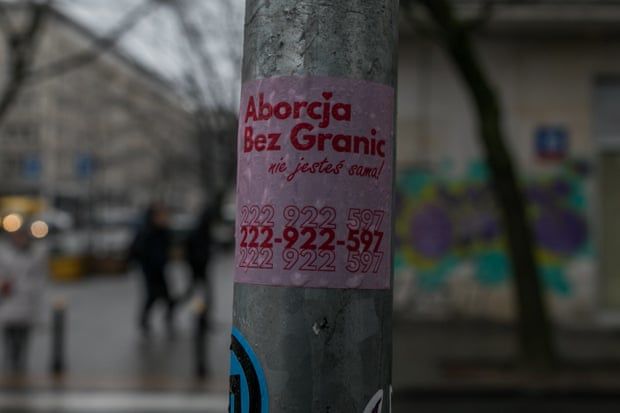 A sticker in Warsaw with the phone number of an abortion rights organisation. It says: ‘Abortion Without Borders. You are not alone.’

According to the WHO, more than half of all unsafe abortions occur in Asia, most of them in south and central Asia. Abortion remains completely illegal in Laos and the Philippines.

The Philippines’ ban is still based on colonial-era laws introduced by the Spanish in 1870. An additional law passed in 1987 obliges the government to place equal weight on protecting the “life of the unborn from conception” as on the life of the mother. Reproductive services are also severely curtailed, with emergency contraception, also known as the morning-after pill, banned across the country.

A woman who has an abortion in the Philippines risks up to six years in prison. While there is no collected data on how many are convicted on abortion-related offences, reports of such cases in local media are not rare.