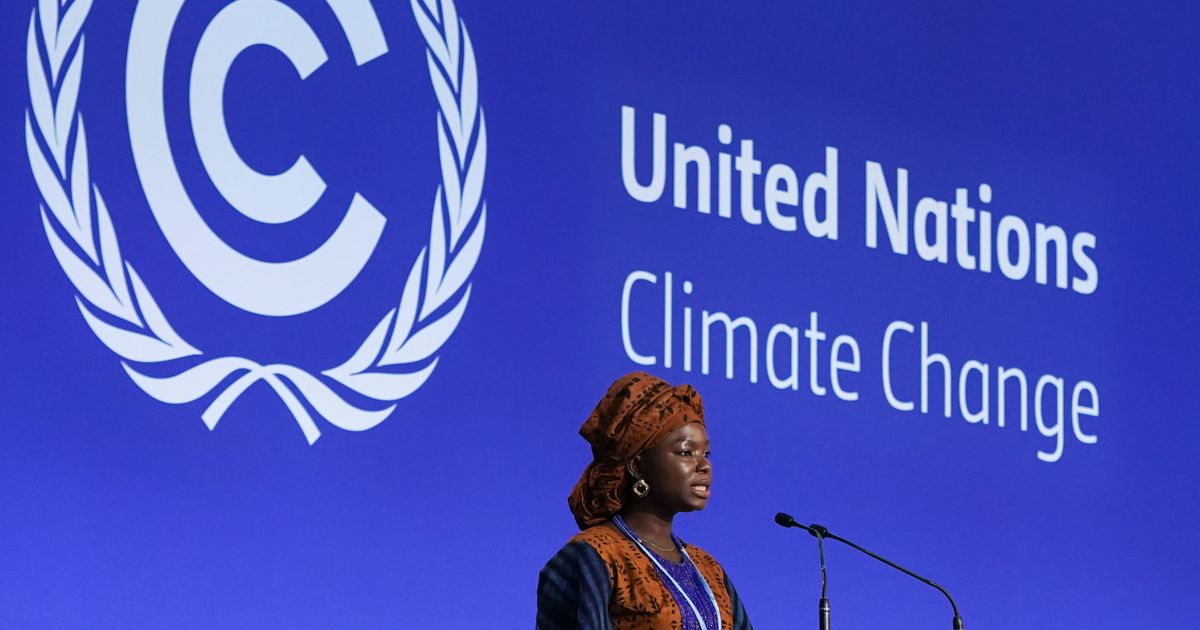 Seven African presidents will be in Rotterdam on September 5, but from Europe only Dutch PM Mark Rutte will show up.
African leaders are heading for the Netherlands next month seeking delivery on promised cash to help them cope with the destructive forces of climate change, but their European counterparts largely plan to skip the meeting.

Dutch Prime Minister Mark Rutte — whose partly below-sea-level country prides itself on engineering that secures its existence and also hosts the Global Centre on Adaptation (GCA) where the meeting will take place — is the only European leader planning to attend in person.

The summit is the first major test of the developed world’s commitment, made at the most recent U.N. climate summit in Glasgow last November, to double its financial support for climate-proofing projects in poorer countries to roughly $40 billion per year by 2025, although the exact number is disputed.

“As some African heads of state travel to Rotterdam for the Africa Adaptation Summit, we hope their presence will be met with financial commitments to the Africa Adaptation Acceleration Program by their European counterparts,” said Patrick Verkooijen, the CEO of the GCA. “What really counts is for the developed world to deliver on the Glasgow Commitment [to] double adaptation finance.”

Organizers from the GCA said they had invited leaders from countries that have traditionally contributed to adaptation finance, including France, Denmark, Finland and Norway. But none of those have committed to make the short trip to Rotterdam in person, despite the anticipated presence of seven presidents from Senegal, Kenya, Ethiopia, Ghana, Gabon, the Democratic Republic of the Congo and Zambia.

The offices of the prime ministers of Finland and Norway — Sanna Marin and Jonas Gahr Støre — said they would be represented by their development ministers. Denmark’s Mette Frederiksen had a scheduling clash with Denmark’s day of remembrance for war veterans, a government official said, but she would appear in a video. A press officer for the Élysée Palace in Paris said President Emmanuel Macron also had another commitment and would be represented by a secretary of state.

The European Commission will be represented by Executive Vice President for the Green Deal Frans Timmermans. A spokesperson for the Commission President Ursula von der Leyen had been invited but also had somewhere else to be.

A spokesperson for the GCA could not rule out that other leaders were invited.

The lack of in-person engagement from the highest levels of European governments is in stark contrast to the long distance attendance of the African leaders, for whom securing cash for climate adaptation will be a priority at this year’s COP27 climate talks in Egypt.

Spending on climate protection in Africa may also seem like a harder sell for European leaders at a time when their citizens face a generational cost-of-living crisis, said Theodore Murphy, director of the Africa program at the European Council on Foreign Relations.

“Adaptation is not as sexy as mitigation. It's egregiously underfunded. So that's a hard sell in the best of times,” he said, adding: “It's probably not the best time in Europe to be raising funds for something that nobody cares all that much about.”

Europe has attempted multiple resets in its relationship with Africa, most recently a summit in February in Brussels. But the EU’s desire to be Africa’s “partner of choice” was stymied by its refusal to meet African demands on patent waivers for coronavirus vaccines.

Murphy said that intransigence on climate funding carries its own risks to the relationship and may open up space for Europe's rivals to pursue closer ties with Africa.

“The danger in this is that the Chinese and the Russians make hay with it. As another example of how Europe doesn't walk the walk, or how, when the chips are down Europe's not around, basically Africa is Europe's partner of convenience,” he said.

Climate finance expert Joe Thwaites from the Natural Resources Defense Council, a U.S. NGO, said it was difficult to trace China's contributions to adaptation in Africa as it doesn't have to report it in the same way as the richest countries, but he said it was likely that some money from Beijing was being used for that purpose. Russia normally does not made climate finance contributions.
#Coronavirus  #Vaccines
Add Comment