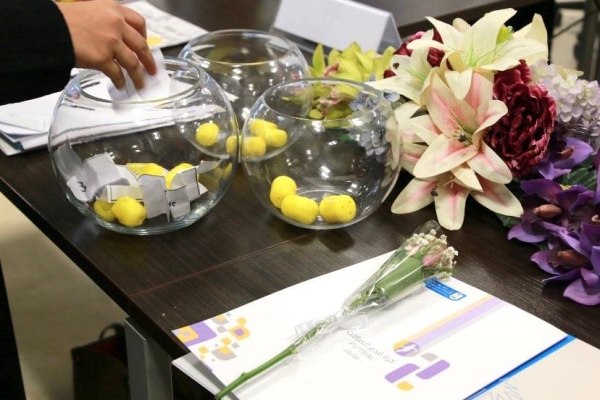 Saudi Arabia’s first indoor football championship for female university students will kick off here on Tuesday. The Saudi Universities Sports Federation (SUSF) is organizing the tournament that coincides with the second sports season for female university students.
Minister of Education and Chairman of the Board of Directors of SUSF Dr. Hamad Al-Sheikh will grace the occasion of launching the sports season at King Saud University (KSU). Those who will be attending the launching ceremony include Dr. Ghada Bint Saif, deputy president of KSU, and Dr. Mezna Al-Marzooqi, advisor at SUSF and head of the Female Students’ Sports Development Team at SUSF.

SUSF President Dr. Khalid Almuzaini said that this is the first indoor football tournament for female students in the history of Saudi Arabia.

“Developing female students’ sports is one of the most important projects of SUSF. This is the second season for female students’ competitions and the first season was held last year, despite the difficulties caused by the coronavirus pandemic,” he said.

He stressed that the federation seeks in all its activities the importance of equal opportunities for both genders.

SUSF Secretary Dr. Abdulelah Al-Silwi said that the federation would hold eight championships for female students during this season. “The federation enjoys great cooperation from Saudi universities to make the female competitions a great success,” he said.

For her part, Dr. Mezna Al-Marzooqi congratulated SUSF officials, especially the women’s team, on the occasion of the start of the second season of the female students’ championships.

Director of the Futsal Championship Haifa Al-Suwailem said that preparations for the tournament are in full swing. A total of 94 players representing seven universities will participate in the tournament, which will conclude on Friday.