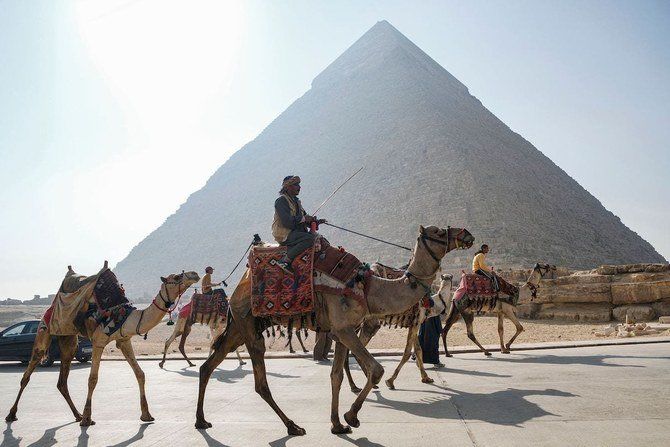 From Russia with billions: Egypt expects windfall from tourism boost

Egypt previously welcomed Russia’s decision on July 8 to lift the ban on charter flights with Egypt after a presidential decree was issued by the Kremlin.

The Russian Center for Combating the Coronavirus said the return of Russian tourism to the Egyptian resorts in Hurghada will commence from around Aug. 9.

It said trips to Egypt have been increased in Sharm El-Sheikh and Hurghada in South Sinai.

Each city will receive five Russian flights a week. Nabil Hussein, a tourism expert, said the return of Russian tourism to the cities will result in the return of trained workers to the tourism sector, raising Egypt’s tourism classification as one of the best tourist destinations around the world.

He told Arab News that Egypt will benefit from more than $4 billion in annual revenues, with the number of Russian tourists estimated to exceed 2 million.

However, Mohamed Fala, a member of the Red Sea Tourism Investors Association, said it is difficult for Russian companies to operate direct flights from Russia to Sharm El-Sheikh and Hurghada soon, adding that the set date of Aug. 9 may be postponed for at least a week or two.

He said the return of Russian tourism will be gradual, provided that it begins to increase during the winter, specifically during November and December, adding that all hotel facilities in the Red Sea and South Sinai are ready to receive Russian tourists.

He said the tourist movement coming to Egypt from Russia is vital as it continues throughout the year and that Russian tourists travel in large numbers, which revives hotel occupancy in the coastal tourist cities, especially Hurghada and Sharm El-Sheikh.

“The average number of Russians who were visiting Egypt before 2015 was about 2.5 million annually,” he said.

Russian flights were stopped six years ago in 2015 due to the crash of a Russian plane on the beaches of Sharm El-Sheikh.
#coronavirus
Add Comment