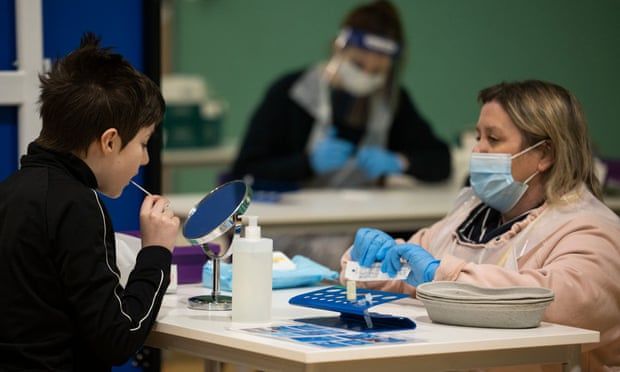 Schoolchildren should be given the Covid vaccine to avoid allowing the virus to “run through the population”, a leading scientific expert has said, after official vaccine advisers concluded the net health benefit in vaccinating 12- to 15-year-olds was too small.

On Friday, the Joint Committee on Vaccination and Immunisation (JCVI) stopped short of a recommending vaccinating healthy 12- to 15-year-olds against Covid, saying “the margin of benefit is considered too small” to support universal vaccination.

Ministers could now for the first time defy the advice of the scientific watchdog and push ahead, in a move that highlights a growing divide between government and scientific advisers over the next phase of the vaccination programme.

Prof John Edmunds, a member of the government’s scientific advisory group for emergencies, said ministers must consider the “wider effect Covid might have” on unvaccinated children. 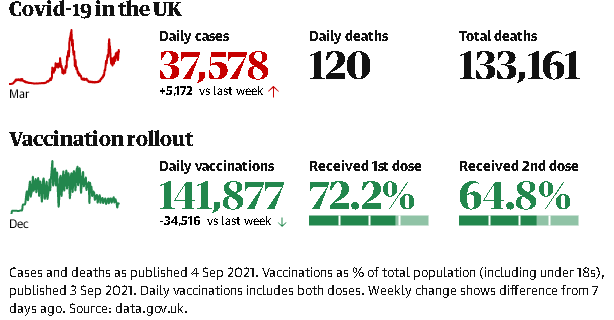 “It’s a very difficult one, they’re going to take a wider perspective than the JCVI took, I think that’s right,” he told BBC Radio 4’s Today programme on Saturday.

“I think we have to take into consideration the wider effect Covid might have on children and their education and developmental achievements.

“In the UK now, it’s difficult to say how many children haven’t been infected but it’s probably about half of them, that’s about 6 million children, so that’s a long way to go if we allow infection just to run through the population, that’s a lot of children who will be infected and that will be a lot of disruption to schools in the coming months.”

The chief medical officers of the UK’s four nations will now weigh up whether or not to give the vaccine to younger schoolchildren, with a decision due within days.

The JCVI recommended an expansion to an existing programme of vaccinations for older children with health conditions, including heart disease, type 1 diabetes and severe asthma, increasing the eligible group to about 200,000.

But the decision came as a blow to the government, which has in recent days both quietly agitated for a decision from the JCVI, given most schools in England have returned this week, and pointed to existing mass vaccination programmes for such children in places including Israel, the US and Germany. 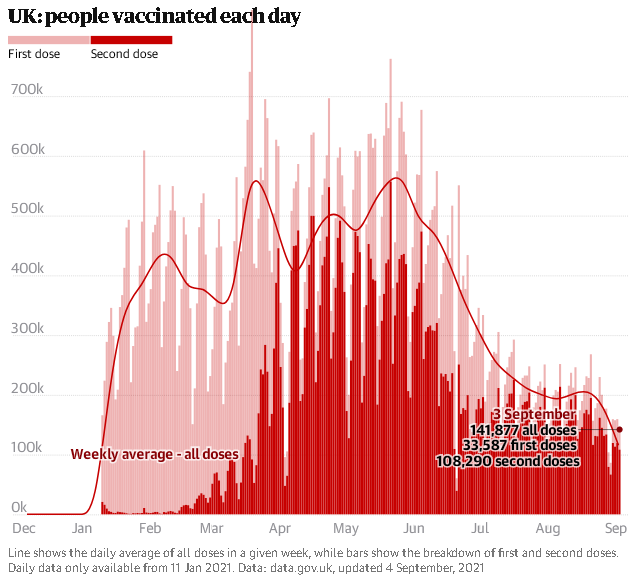 Immediately after the announcement, Sajid Javid, the health secretary, and his counterparts in Scotland, Wales and Northern Ireland, wrote to the chief medical officers in their countries, asking them to “consider the matter from a broader perspective”.

Prof Anthony Harnden, the deputy chair of the JVCI, said on Saturday that while past decisions had been “fairly clear cut”, it was “quite reasonable for the government to seek further advice about other aspects” and “go ahead and have a look at it from an educational point of view”.

When asked about the possibility of extending the vaccine rollout to younger children, he told BBC Breakfast: “Parents need to understand what the risks are, what the benefits are, and make up their own mind about whether they offer consent or not.”

While officials stress they will wait for the verdict, sources said it remained very possible the JCVI’s recommendation overturned.

The recommendation was, however, welcomed by the Association of School and College Leaders.

Its general secretary, Geoff Barton, told BBC Radio 4’s Today programme: “If the guidance is this will reduce the disruption for all those young people, yes, we will absolutely back that.

“The government is right on this, we have to look at the broader picture … in England.

“Specifically, where we have got so few measures now, this is going to be one of the most reassuring ways of telling those 12- to 15-year-olds ... that is going to minimise the disruption for you.”

However, an expert at a Scottish health board described the delay over the decision as “frustrating” and said vaccinating the age group would help prevent the spread of coronavirus, as well as protecting children against long Covid.

Jillian Evans, the head of health intelligence at NHS Grampian, told the BBC’s Good Morning Scotland programme: “We know that the JCVI’s decision is predominantly based on the individual benefits and risks to a child, and not considering some of the wider impacts, and that’s what the chief medical officers will do.

“The thing about this is, it’s frustrating because it just builds in further delay in a decision that we’ve already been pushing for, so it delays things a little bit further.

“I’m absolutely certain that there’ll be a lot of activity going on right now and in the days ahead, so we can get to a decision as quickly as possible.”

She added that although the risk of long Covid in children was deemed to be small, much was still unknown about the illness.

Coronavirus infections in Scotland, where schools returned a fortnight ago, have risen to their highest level since estimates began last autumn, with one in 75 people thought to have Covid last week, up from one in 140 the previous week.

While the figure for England, about one in 70 people, is unchanged from the previous week, ministers are aware that the return of schools could change this.