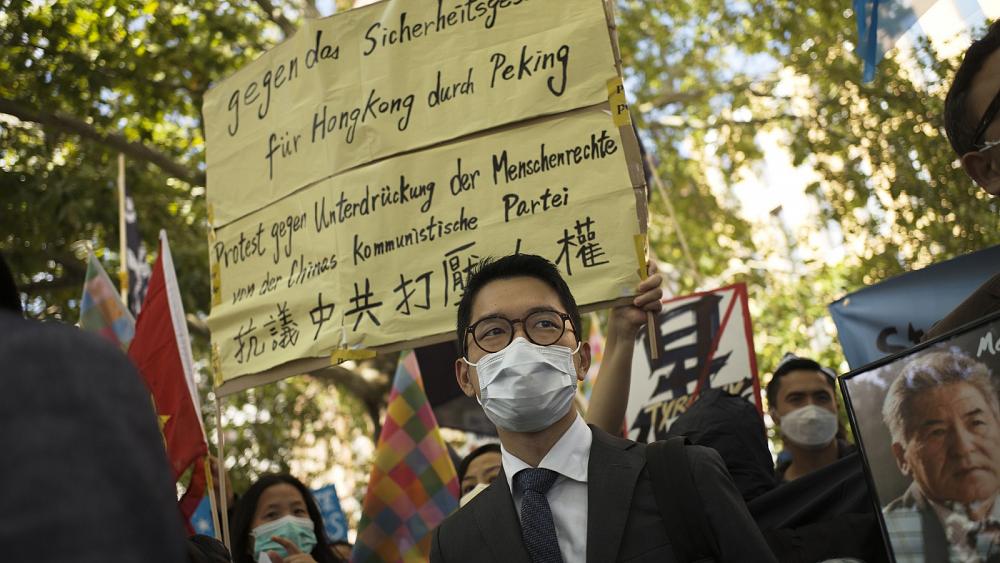 Israelis Web host Wix was asked by Hong Kong police to shut down a website run by exiled activists. It has since reinstated it and apologised.

An online petition set up by prominent Hong Kong pro-democracy activists that was taken down by hosting company Wix on Monday has now been reinstated.

A letter sent to Wix by Hong Kong Police on May 24 said the website 2021hkcharter.com was "likely to constitute offences endangering national security... namely secession and incitement to secession," under the new National Security Law passed last year.

Under the law, the owner or host of a site where a message is published can be liable for its content, facing the risk of a fine or even imprisonment.

Wix, which is based in Tel Aviv, Israel, initially complied with the request, telling exiled activist Nathan Law that the petition website "was blocked due to a Wix Terms of Use violation".

But now the company has reinstated the website and apologised.

In a statement to Euronews, Wix said: "The website was removed by mistake. We have reviewed our initial screening and have realised that the website never should have been removed and we would like to apologise.

"The website has been reinstated. We are also reviewing our screening process in order to improve and make sure that mistakes such as this do not repeat in the future".

Former Hong Kong legislator and pro-democracy activist Law told Euronews the incident was his first experience of web censorship under the sweeping and deeply controversial rules.

"I think they [Wix] have a swift response to public pressure," he said.

"I hope they have updated the guidelines of how to deal with these absurd requests from authoritarian regimes and protect free speech without complying with them".

What is the National Security Law?

According to the human rights charity Amnesty International, offences under the law are very broadly defined, meaning there is a risk they can be used as politically-motivated catch-all categories.

It gives security authorities from mainland China greater authority to operate within Hong Kong, an autonomous territory within China.

The controversial law, which was passed in June 2020, obliges internet providers to hand over data if requested by police.

The National Security Law also states that it will apply to non-permanent residents of Hong Kong and to people "from outside" the territory – the provision that brought Wix into its sights.

Beijing says the law is intended to bring stability to Hong Kong, which has seen widespread protests in recent years.