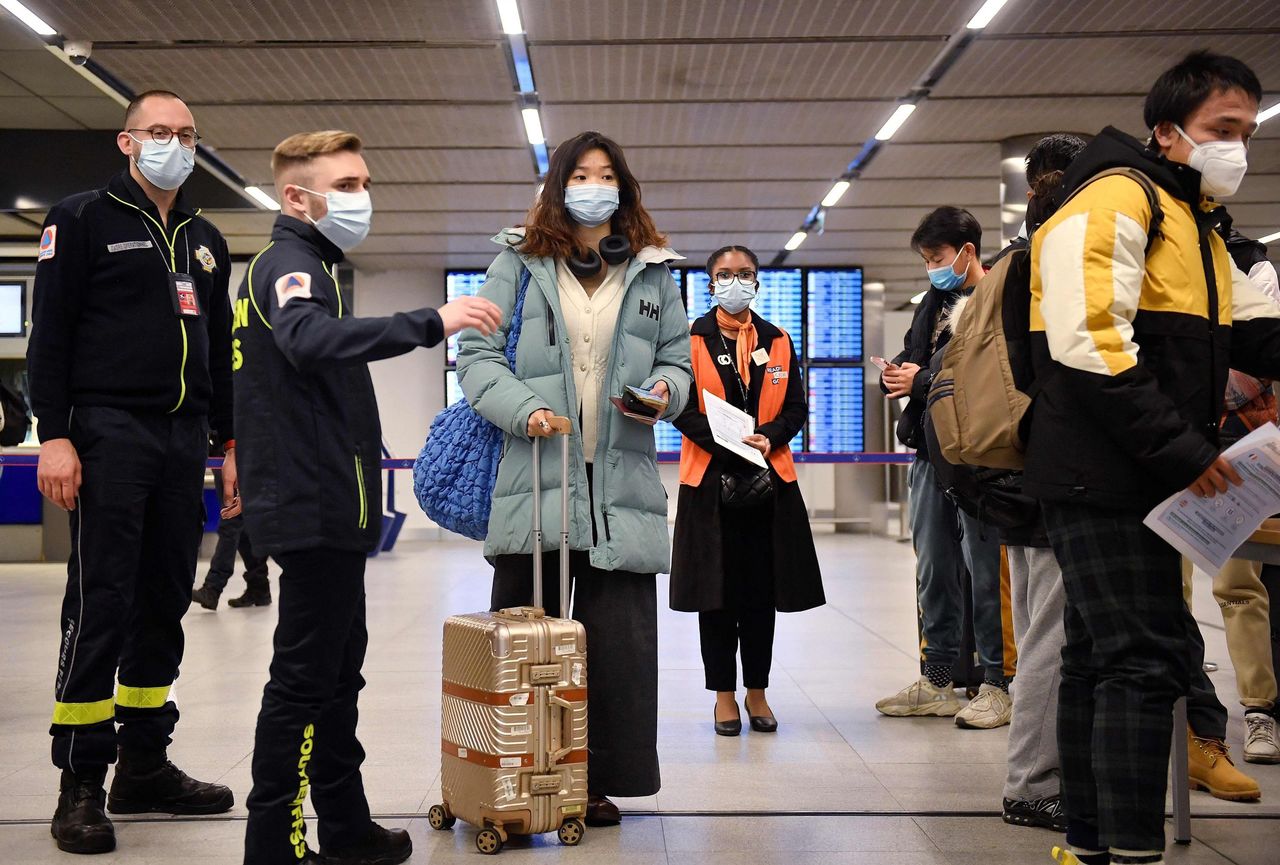 International medical experts speak out against COVID-19 restrictions on China

Listen to the article
0:00
0:00
Infectious disease experts around the world have voiced strong opposition to Western governments' restrictive policies towards travelers from China, describing the measures as unscientific, unnecessary and political shows.
Shortly after China optimized the COVID-19 strategy and announced the removal of COVID-19 related restrictions on international passenger flights from January 8, countries such as the U.S., the UK, France, Italy, India, Australia and Japan started to impose restrictions on travelers from China, requiring them to obtain a negative COVID-19 test before departure.

The move sparked an outcry among the international medical community.

It's a "public health theater," Preben Aavitsland, the subject director at the Division for Infection Control and Environmental Health of the Norwegian Institute of Public Health (NIPH), and also a doctor and professor, tweeted after the UK imposed restrictions on December 31, 2022.

"This looks like an infection prevention theater... they introduce measures so that it looks as if they are doing something for the population, but it has little meaning," Aavitsland told Norwegian online newspaper Nettavisen, also on December 31, 2022.

"(Those restrictive measures) has no professional grounding, and will draw resources from more important work," he said, according to a translation of the interview, which was published in Norwegian.

"Europe, including Norway, is in the middle of a big wave with millions of people infected per week. Some visiting Chinese with infection will not affect the situation in Europe," he said.

Aavitsland's colleague Trygve Ottersen, the executive director of the same organization, was quoted by Nettavisen on Thursday as saying "regarding the COVID test before departure, we believe it will have little significance for the epidemic in Norway. The recommendation for the use of face masks on flights from China is expected to be able to reduce infections on the flights somewhat, but to a modest extent."

The NIPH's experts' evaluation is also in line with the latest evaluation by the European Centre for Disease Prevention and Control (ECDC).

"The variants circulating in China are already circulating in the EU, and as such are not challenging for the immune response of EU/EEA (European Union/European Economic Area) citizens," according to a press release by ECDC on Tuesday.

Given the higher population immunity in the EU/EEA, as well as the prior emergence and subsequent replacement of variants currently circulating in China by other Omicron sub-lineages in the EU/EEA, a surge in cases in China is not expected to impact the COVID-19 epidemiological situation in the EU/EEA, the ECDC explained in the release.

"The screening rules and travel restrictions (imposed on travelers from China) weren't justified," the ECDC added, according to a report by Bloomberg on Wednesday.

In Asia, many medical experts have also said the restrictive measures are unnecessary.

Australia's Chief Medical Officer Professor Paul Kelly stated in a letter addressed to the Australian Health Minister Mark Butler on December 31, 2022, "I do not believe that there is sufficient public health rationale for imposing restrictions on travelers from China or any other country with a high burden of COVID-19 cases at present."

In the letter, Kelly said that he had also discussed the issue with chief health officers and public health officials from New Zealand, and "there is strong consensus that implementation of any restrictions to travel from China at this time would be inconsistent with the current national approach to the management of COVID-19 and disproportionate to the risk."

Medical experts within Australia including Fiona Russell, an infectious diseases epidemiologist and vaccinologist at the University of Melbourne, and Peter McIntyre, former director of the National Centre for Immunization Research and Surveillance and professor at the universities of Sydney and Otago, drew the same conclusion as Kelly.

The current variants in China have already been circulating in Australia, and data shows that with each subsequent Omicron wave, there is a lower peak of hospitalizations and deaths due to higher population immunity, they wrote in a piece published on January 3 by the Sydney Morning Herald.

What's more important, "such a punitive measure (restrictions on travelers from China) is a disincentive for countries to share reliable data in a timely manner," they emphasized.

Russell and McIntyre recommended that countries should upload data to the global genomics database so that genomic surveillance that identifies variants is enhanced. China has recently started to upload data since the country has just emerged from zero-COVID. "This is encouraging but more needs to come," they commented.

The two experts also criticized India for lagging behind in uploading data. "India, with 1 billion people, has uploaded about the same amount of information as Australia, with about 26 million."

In the U.S., Dr Michael Osterholm, an infectious disease expert at the University of Minnesota, said it was ironic that as the U.S. sees a new surge of COVID-19 infections caused by the highly contagious Omicron sub-variant XBB.1.5 it is imposing unscientific curbs on travelers from China.
#COVID-19  #Covid
Add Comment