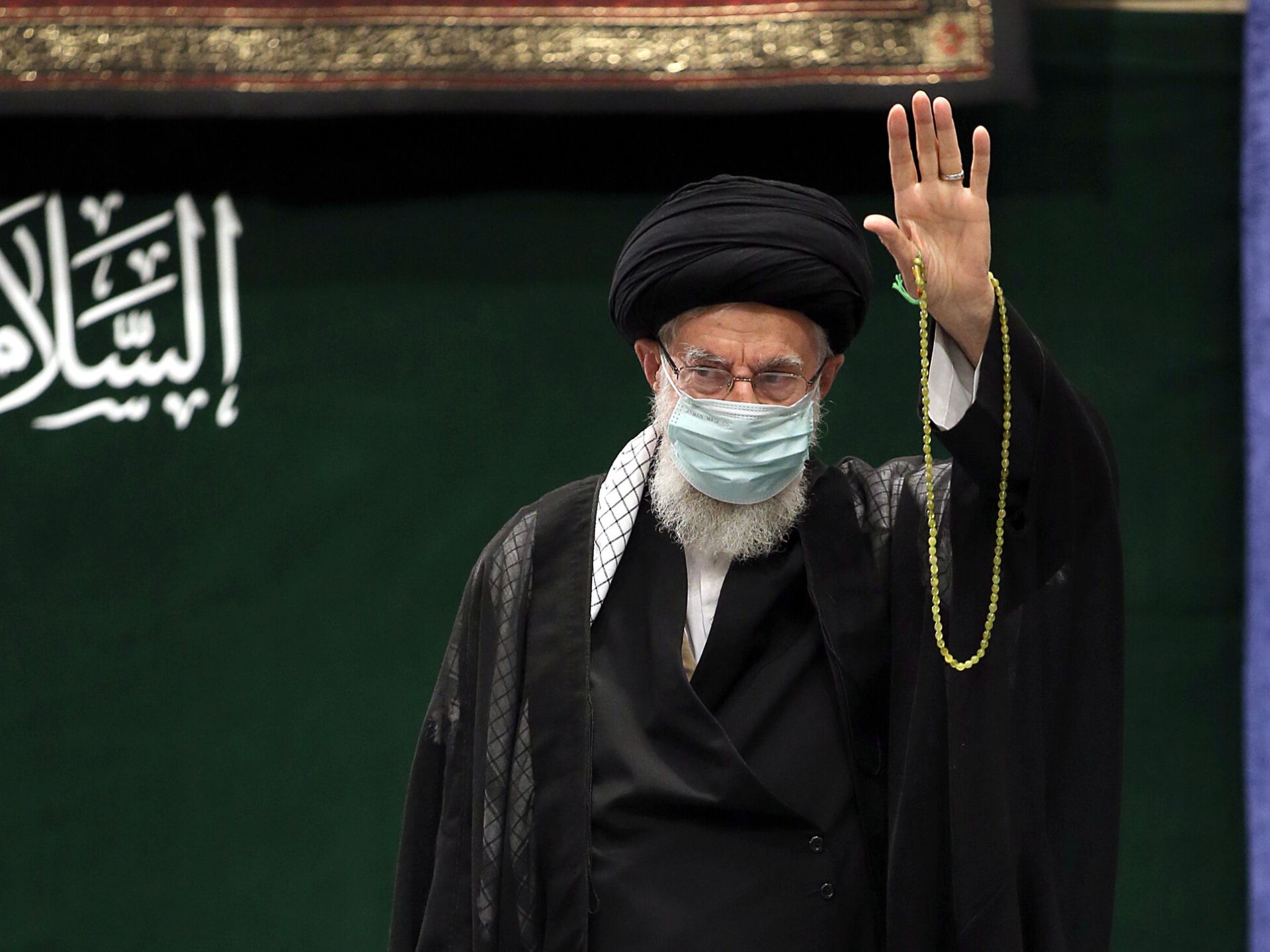 Iran’s Khamenei appears in public after reports of poor health

Iran’s Supreme Leader Ali Hosseini Khamenei made his first public appearance on Saturday after reports of poor health over the past week.

Dressed in black and wearing a mask as he has been since the start of the COVID-19 pandemic, Khamenei participated in a mourning event to mark the Shia religious observance of Arbaeen.

The annual ceremony with the supreme leader’s participation is held with representatives of student groups, but had been cancelled for the past two years because of the coronavirus outbreak.

Images released by Khamenei’s website showed the supreme leader walking, waving to the crowd and sitting to observe the mourning ceremony.

It also reported he was too weak to even sit up and cancelled all public meetings.

The Iranian government or state media rarely comment on the details of Khamenei’s health, and remained silent on the reports as well.

The only news on local media was a denial that Khamenei had cancelled a meeting with the Assembly of Experts earlier this month, and claims he participated in an event last week with athletes and sports veterans.

No images or footage of that reported meeting were published, but a few athletes attested to the gathering on social media.

Reports concerning Khamenei’s health and false claims about his death have made headlines several times in recent years.

Khamenei, who has been Iran’s supreme leader since 1989, underwent a successful prostate cancer operation in 2014.