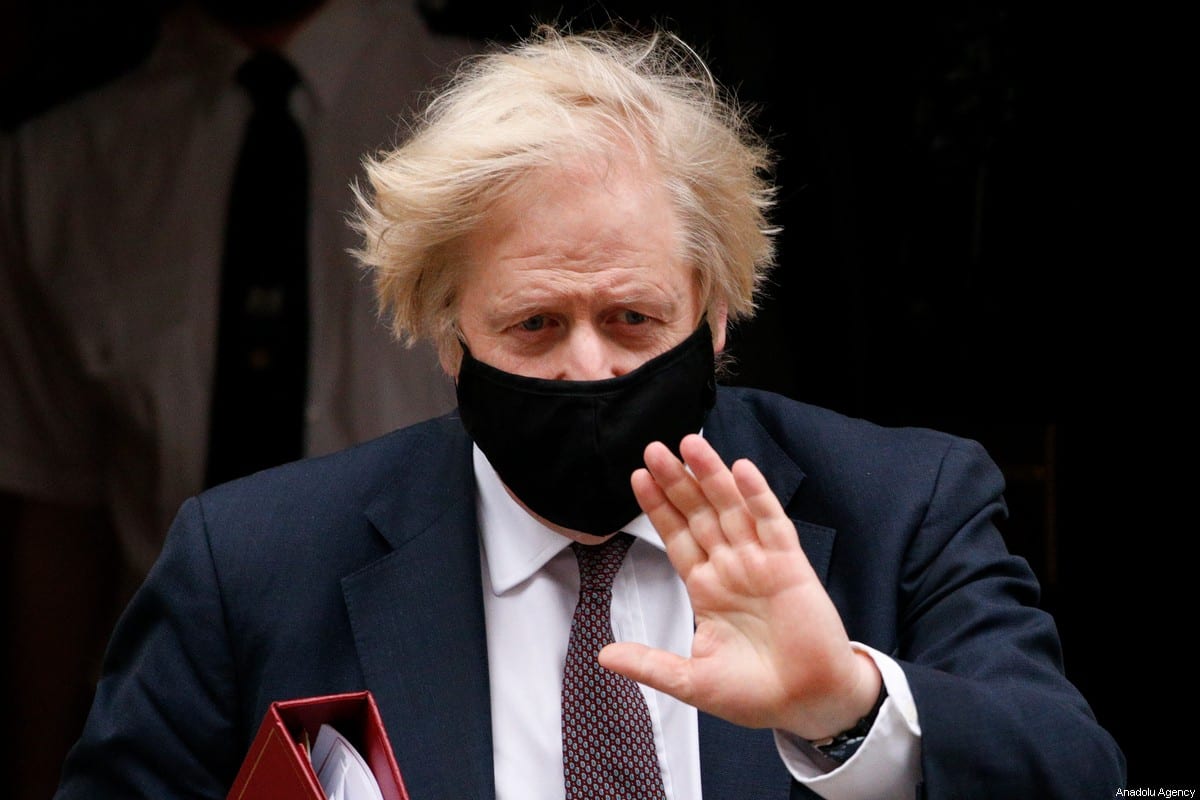 Corruption in Britain is reaching startling new heights as lobby scandals threaten to engulf the government in a tsunami of sleaze. Leading the way, it seems, are both Israel and Saudi Arabia, each ruthless in the pursuit of backdoor access to the highest echelons of power in order to get their own way.
When Israel is involved in such activities, it is usually the Palestinians who pay the price demanded by right-wing, pro-Israel lobby groups. With the Saudis, though, it's usually a matter of vanity and saving face.

Newspaper headlines are full of lobbying scandals at the moment involving former British Prime Minister David Cameron, and it seems that Theresa May's government was also targeted, at least according to a former minister. However, it is now clear that Boris Johnson is also coming under fire for his alleged links to sleaze and dodgy dealings.

Johnson's government recently opposed the International Criminal Court (ICC) investigation into war crimes allegedly committed by Israel after, it is said, some arm-twisting by pro-Israel lobby groups. The move prompted the Palestinian Embassy to the UK to accuse Britain of flouting international law and subverting "the rules-based global order" while ultimately harming peace efforts in Palestine.

The accusation comes hot on the heels of a hard-hitting interview given by former Foreign Office Minister Sir Alan Duncan, who revealed that pro-Israel lobbyists had embroiled themselves in "the most disgusting interference" in British politics, with negative influence on Britain's Middle East policy.

To add to Johnson's woes, allegations have now emerged that Saudi Arabia's volatile Crown Prince Mohammed Bin Salman pressed him to intervene in the takeover bid of Newcastle United Football Club after the Premier League decided to block the £300 million deal. Failure to act would, it was apparently said, have damaged Saudi-British relations.

This astonishing threat was made by Bin Salman last June. His message to the prime minister was to the point: "We expect the English Premier League to reconsider and correct its wrong conclusion."

According to the Daily Mail, Johnson told senior aide Lord Eddie Lister to investigate but the Saudis withdrew their bid for Newcastle United in July after the Premier League failed to approve them as the club's new owners. The EPL demanded to know if the Saudi state — in effect, Bin Salman — would be the owner of the north-east club, expressing concerns over alleged state-backed broadcast piracy of televised football matches.

However, the controversial prince's links to the shocking murder of Saudi-born journalist Jamal Khashoggi in 2018 and the Kingdom's appalling human rights record will also have weighed heavily upon the EPL in its deliberations. Newcastle United supporters are still hopeful that the deal will be revived; it is subject to a private arbitration hearing, which has yet to start.

According to Lord Lister, the Saudis were getting upset. "We were not lobbying for them to buy it [NUFC] or not to buy it," he told journalists this week. "We wanted them [the English Premier League] to be straightforward and say yes or no, don't leave [the Saudis] dangling."

If Johnson was reluctant to intervene on behalf of Bin Salman, he certainly didn't show any reticence when pushed by Conservative Friends of Israel (CFI) to make public his opposition to the ICC war crimes investigation. In a letter to the lobby group, Johnson wrote: "We oppose the ICC's investigation into war crimes in Palestine. We do not accept that the ICC has jurisdiction in this instance, given that Israel is not a party to the Statute of Rome and Palestine is not a sovereign state." The full story was published in MEMO earlier this week.

The extent of CFI's interference in government affairs has been exposed in a sensational political memoir by former Conservative MP Sir Alan Duncan. No longer constrained by office, he accused the pro-Israel lobby of blocking him from taking up the post of Middle East Minister at the Foreign Office.

The former government minister reveals all in the pages of In The Thick of It: The private diaries of a minister. The 64 year-old told journalists that the CFI has undue influence in British politics, citing how pressure was applied on Theresa May's government to block his new role. He only found out about the CFI interference when the then Foreign Secretary Boris Johnson alerted him. He insists that he was blocked from taking the post because he believes in the rights of the Palestinians.

Duncan described to journalist Michael Crick the culture of fear created by CFI. "A lot of things do not happen in foreign policy or in government for fear of offending them because that's the way it's put to them by the CFI." He went on to warn, "It's a sort of buried scandal that has to stop… they will interfere at a high level in British politics in the interests of Israel on the back of donor power in the UK."

Duncan was first made aware that he was a target for the pro-Israel lobby after a critically acclaimed Al Jazeeradocumentary exposed the operations of lobbyists working with the Israeli Embassy in London to "take down" a minister of the Crown. Duncan, fellow Conservative MP Crispin Blunt and former Labour leader Jeremy Corbyn were all identified as targets.

All of this suggests strongly that the entire lobby system in Westminster needs to be overhauled. The only people who can make that decision, though, are the very targets of ruthless foreign rulers, lobbyists and others who know that threats and money can be used to buy influence in Britain. Everyone, it seems, has a price; and that is shameful.
#boris johnson
Add Comment