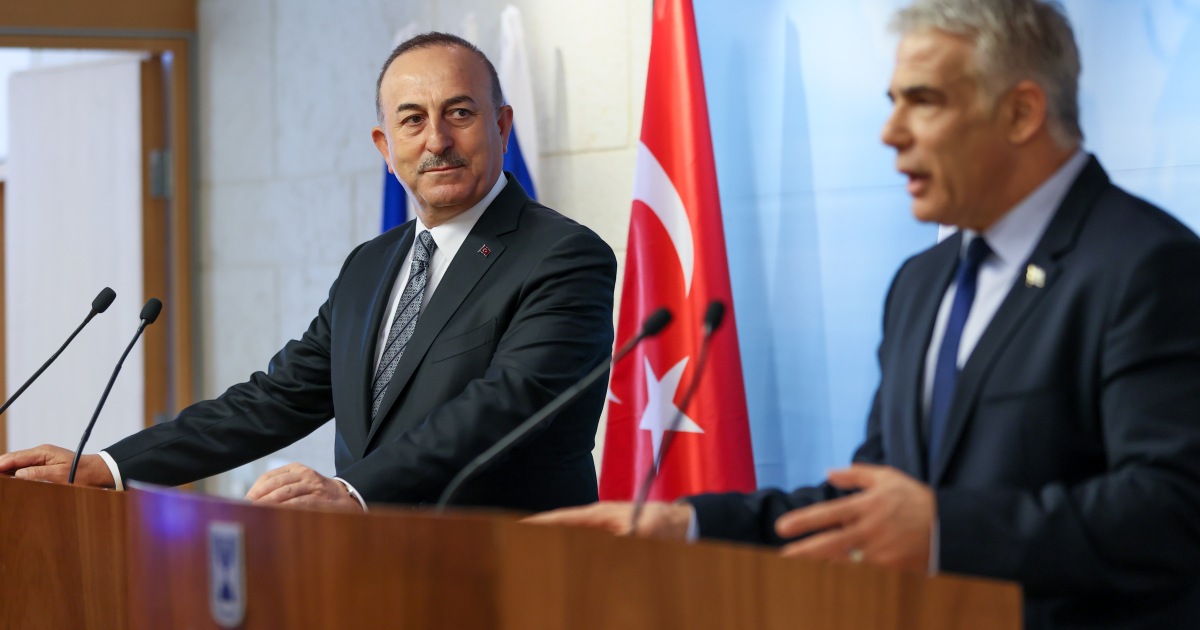 Israel’s foreign minister Yair Lapid has said that his country is opening a “new chapter” in relations with Ankara, after meeting with his Turkish counterpart Mevlut Cavusoglu in Jerusalem.

“The goal is to form and expand economic and civil cooperation between our countries to create business to business and people to people and to leverage our two countries, comparative advantages regionally and globally, even during the pandemic, and even in times of political tension,” Lapid said at a press conference alongside Mevlut Cavusoglu, after a meeting between the two on Wednesday.

Turkey and Israel are trying to mend relations, which have been strained since the late 2000s.

Since then, the two countries have traded frequent accusations over Israel’s occupation of the Palestinian territories, Ankara’s support for Hamas, which governs the blockaded Gaza Strip, and other regional issues.

Cavusoglu is on the final day of a two-day trip to Israel and the occupied West Bank, the first such visit by a foreign minister in 15 years.

Cavusoglu said that normalisation of ties between Turkey and Israel would help bring peace to Israelis and Palestinians.

“We believe that normalisation of our ties will also have a positive impact on the peaceful resolution of the conflict. Turkey is ready to take responsibility to continue the efforts towards dialogue,” Cavusoglu said.

Cavusoglu added the two countries agreed to “re-energise” relations in many areas, including resuming talks on civil aviation.

‘Support for Palestinian cause’

On Tuesday, speaking after meeting his Palestinian counterpart Riyad al-Maliki in the occupied West Bank, Cavusoglu said Turkish support for Palestine would not diminish even as relations with Israel thawed.

“Our support for the Palestinian cause is completely independent from the course of our relations with Israel,” he told reporters.

Cavusoglu was due to visit Al-Aqsa Mosque in occupied East Jerusalem later on Wednesday, Islam’s third holiest site and the scene of repeated clashes between Palestinians and Israeli police during the holy month of Ramadan. He said he had discussed the issue with Lapid.

Cavusoglu and al-Maliki also signed agreements that would increase the volume of trade between Turkey and Palestine to $2bn, according to the Turkish foreign minister.

Turkey and Israel have been working to repair their long-strained ties, with energy emerging as a key area for potential cooperation.

The two countries have not exchanged ambassadors since 2018 and have often traded barbs over the Israeli-Palestinian conflict.

US-brokered peace talks between Israel and the Palestinians aimed at establishing an independent Palestinian state in occupied East Jerusalem, the West Bank and Gaza, collapsed in 2014 and the two sides have not held serious talks since then.