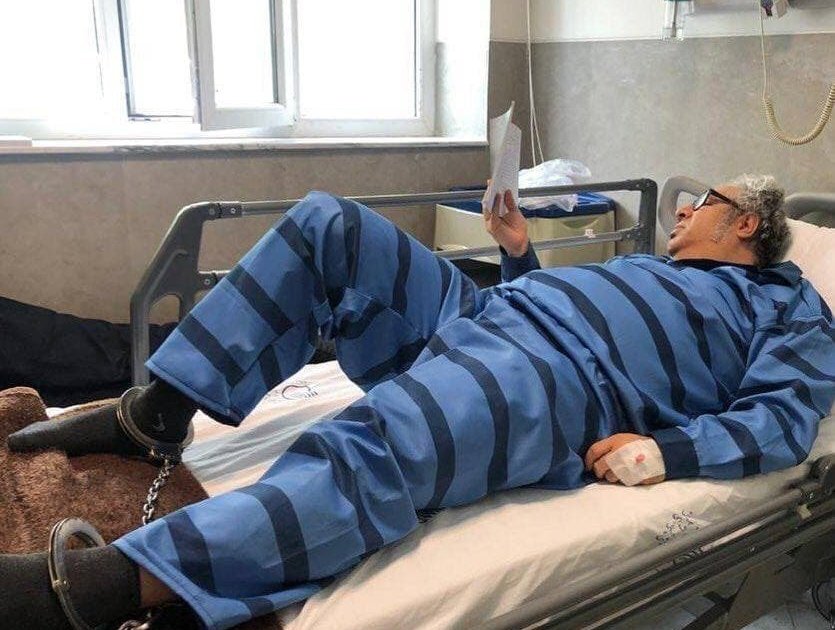 Abtin, who was imprisoned over security charges, was a joint winner of the 2021 PEN/Barbey Freedom to Write Award.

Iranian poet and filmmaker Baktash Abtin, who had been jailed on security charges, has passed away in a hospital in Tehran after contracting COVID-19 in detention.

The 48-year-old was transferred to a hospital from the Evin Prison in mid-December and was placed in a medically induced coma a week before his death on Saturday in an attempt to help him recover from a severe case of the coronavirus.

Rights groups claimed authorities wasted time in offering him medical assistance when he first started showing symptoms of the disease more than a month ago.

In a joint letter published on Friday, PEN America and 18 other non-government organisations had asked Supreme Leader Ayatollah Ali Khamenei to provide him with the best medical care, and to also refrain from summoning political prisoners to serve sentences while conditions in Iranian prisons are unsafe.

Abtin, a board member of the Iranian Writers’ Association, was called to serve his sentence in September 2020 along with fellow members Reza Khandan Mahabadi and Keyvan Bajan.

PEN America had in October jointly awarded the three writers the 2021 PEN/Barbey Freedom to Write Award.

In a statement following Abtin’s passing, the organisation in charge of Tehran’s prisons said the writer was serving a five-year sentence for “propaganda against national security”.

The organisation said he was in the hospital for 35 days, during which time judicial officials decided to grant him temporary reprieve from prison, but the doctors were unable to save him.

Tens of thousands of posts about Abtin flooded Twitter and other social media platforms within hours of his death.

One image accompanying the many posts shows his ankles chained to a hospital bed as he is reading in a blue prison uniform. Another shows him in a coma, with breathing tubes and other equipment keeping him alive.

COVID-19 deaths and hospitalisations in Iran have significantly subsided in recent weeks on the back of a nationwide vaccination campaign, but authorities warn that the threat of the Omicron variant is on the rise. Iranian prisons have also suffered outbreaks during the pandemic.