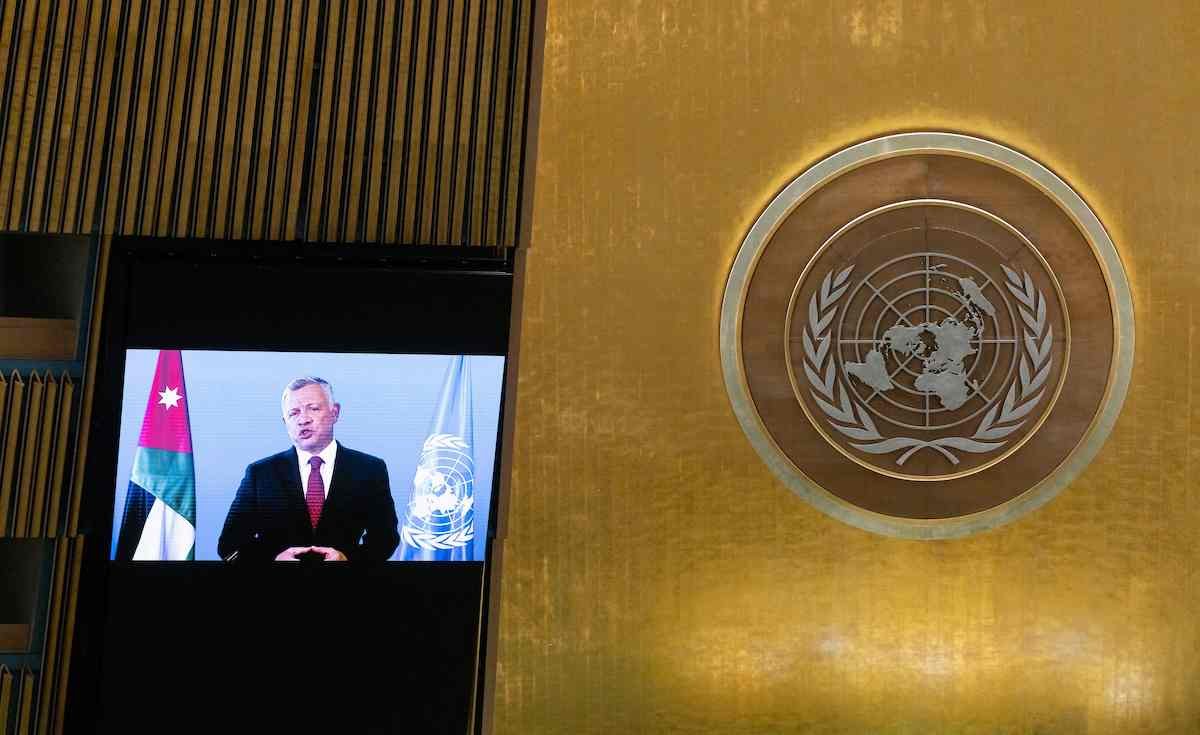 Jordan's King Abdullah and Saudi Arabia's King Salman gave their backing for a Palestinian state with East Jerusalem as its capital in pre-recorded speeches at the UN General Assembly yesterday, saying that it was essential for global stability.
King Abdullah said Israel and the Palestinians could achieve "genuine security" only "through the two-state solution", a formula for peace that has evaded the international community for over half a century largely due to Israel's continued takeover of Palestinian territory.

"How many more children will die before the world wakes up?" Abdullah asked at the UN General Assembly. "Global partnership is critical to resolving one of the longest-standing conflicts in modern history – the Palestinian-Israeli conflict," Abdullah added. "Genuine security for either side – indeed, for the whole world – can only be achieved through the two-state solution," the Jordanian monarch said.

"A solution that leads to the establishment of an independent, sovereign, and viable Palestinian state on the basis of the June 1967 lines, with East Jerusalem as its capital, living side-by-side with Israel in peace and security," Abdullah said reiterating his call for a Palestinian self-determination.

Abdullah also urged the international community to continue its support for Palestinian refugee agency UNRWA. There are some 5.7 million Palestinian refugees worldwide, descendants of more than half the Palestinian population that were ethnically cleansed from their homes and villages during Israel's formation.
Add Comment