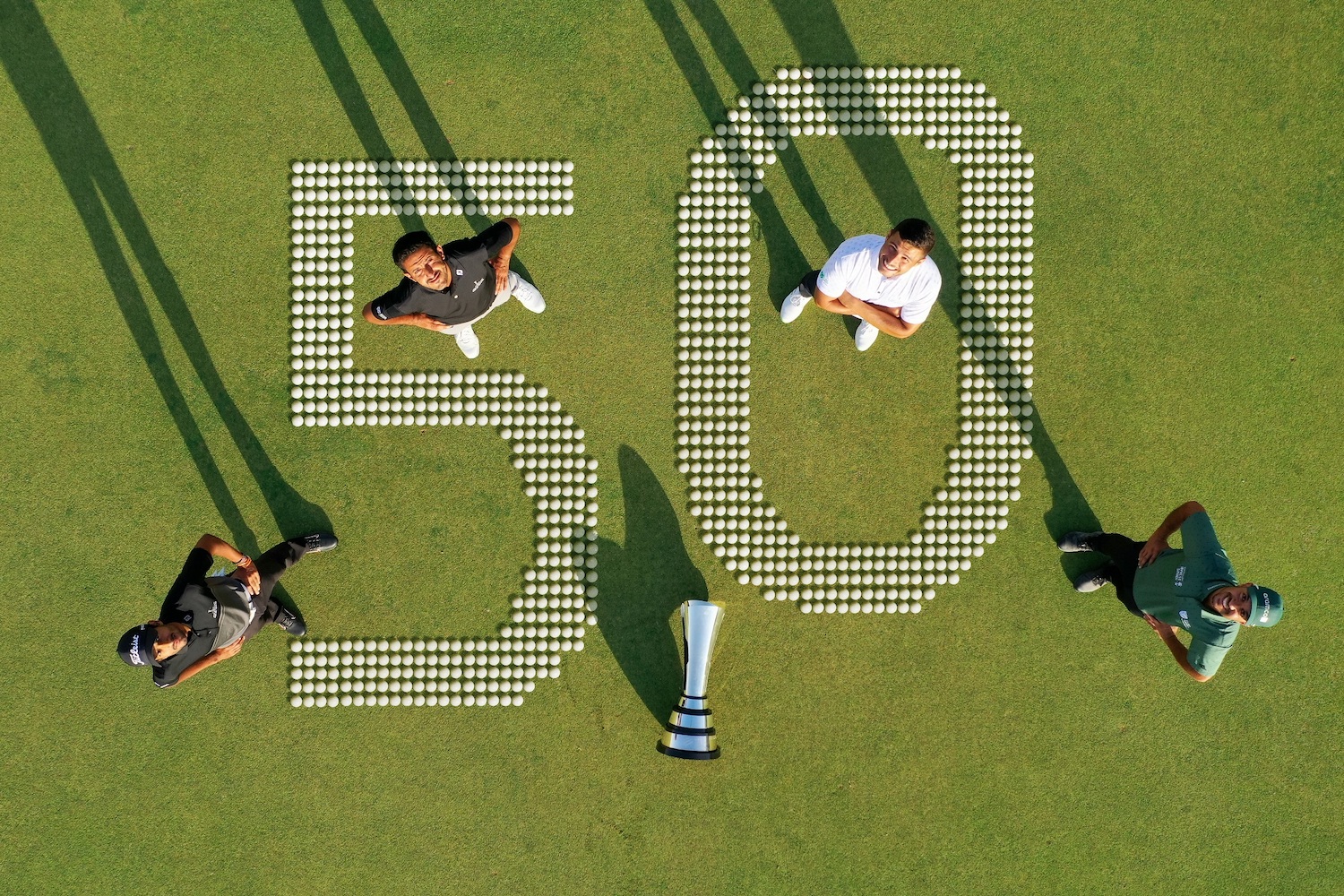 Saudi Arabia’s top golfers gathered Wednesday to mark the 50-day countdown to the return of the Saudi International powered by SoftBank Investment Advisers, with tickets for the $5 million tournament set to go on sale to the public on Thursday.

All eyes now turn to King Abdullah Economic City and the arrival of the world’s best golfers for the fourth edition of the tournament, which runs from Feb. 3-6. Salhab qualified for the event by winning the Saudi Open at Riyadh Golf Club on Saturday.

Held at the Royal Greens Golf & Country Club on the banks of the Red Sea, the 2022 Saudi International will be its first as part of the Asian Tour, following the recent announcement of a 10-year partnership between the Tour and Golf Saudi.

That also helped to bump the prize fund up to $5 million, from $3.5 million this year, and a superstar-packed field is set to take part.

Among those to have confirmed their places are two-time and reigning Saudi International champion Dustin Johnson and big-hitting US Open winner Bryson DeChambeau, plus fellow major champions Louis Oosthuizen, Phil Mickelson, Shane Lowry and Bubba Watson.

For Almulla, Saudi Arabia’s first professional golfer, the excitement is building, as he and Salhab prepare to represent the Kingdom in front of what they hope will be a sea of Saudi supporters.

Almulla said: “This is why we play golf and push ourselves in practice every day, to be able to test ourselves against the best players on the planet — and make no mistake, those golfers coming to Saudi Arabia in February are the very best of the best.

“The impact the Saudi International and the Saudi Ladies International have had on golf here in the Kingdom is seismic. The game is growing like never before, something we saw at the Saudi Open last week. It’s incredible to see and I can’t wait for more Saudis to experience their first taste of golf at Royal Greens in February.”

For more information about the tournament, visit www.golfsaudi.com.