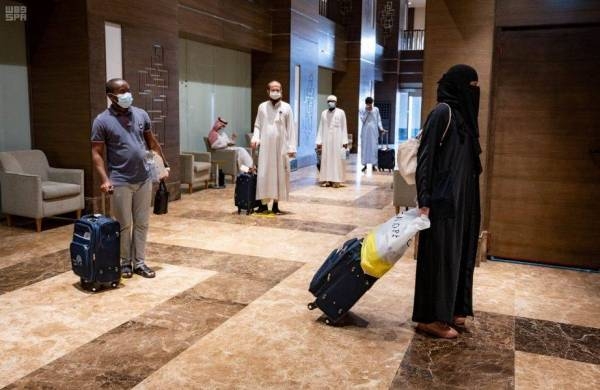 The online portal of Domestic Labor Program (Musaned), under the Ministry of Human Resources and Social Development (MHRSD), has warned recruitment agencies that it would take punitive measures including revocation of licenses, if they were found involved in concluding contracts of domestic workers at inaccurate prices.
The platform revealed that it is monitoring people concluding contracts at inaccurate prices in violation of the ministry’s rules and regulations in this regard. “The recruitment offices that conclude such inaccurate contracts will not be allowed to function for two days if they committed the violation for the first time.

“In the event of repetition of the violation for the second and third times, their operation will be suspended for seven and 30 days respectively,” it said in a statement seen by Okaz/Saudi Gazette.

The platform threatened to revoke the license to practice the activity if the violation was repeated for the fourth time. Subsequently, the case against the office will be referred to the concerned authorities.

It underlined the need to include the actual costs of the contracts in order to avoid legal action in the event of clinching contracts for substitute domestic workers also.

They also noted that some recruitment offices are deliberately issuing fake ‘authorization’ contracts for a small fee ranging between SR300 and SR1000 per transaction, under which the recruitment process is taking place outside the responsibility of these offices.

This is in place of the actual contract cost ranging between SR5,000 and SR7,000.

According to the sources, strict punitive measures against the recruitment offices that commit violations and do not comply with the rules regarding concluding of contracts are aimed at eliminating issuance of fake ‘authorization’ contracts.

There are several instances of such illegal practices taking place in the sector of hiring domestic workers.

Under this practice, a Saudi recruitment office registers an authorization contract for a sum of SR500 and allows the agents to conclude the remaining procedures at their own discretion without the recruitment office having any responsibility in the matter. This results in clear violation in fixing the fair wages of domestic workers too.

Dr. Saleh Al-Qahtani, an investor in this sector, said that Musaned has taken strict decision to curb the practices of some recruitment offices that issue fake “authorization” contracts.

“The Ministry of Human Resources and Social Development has an integrated database regarding the total electronic contracts of the various national recruitment offices registered through Musaned and the electronic contracts database is capable of detecting whether the contracts are bonafide or bogus,” he said.

The Musaned program was described as a unified transparent system that allows the ministry to monitor the contracting process between citizens and recruitment offices.

It specifically allows for the issuance of an electronic contract to be signed between the worker and the employer and provides a hotline and center for resolving workers’ complaints.

The program allows customers to review a list of the local recruitment offices and companies that are licensed in the labor market as well as labor exporting countries that signed bilateral agreements with the Kingdom.

The Musaned website, which is affiliated to the Ministry of Human Resources, displays recruitment expenses, the duration of the recruitment procedures along with penalties imposing on offices and companies that fail to comply with the fixed expenses and durations.
Add Comment