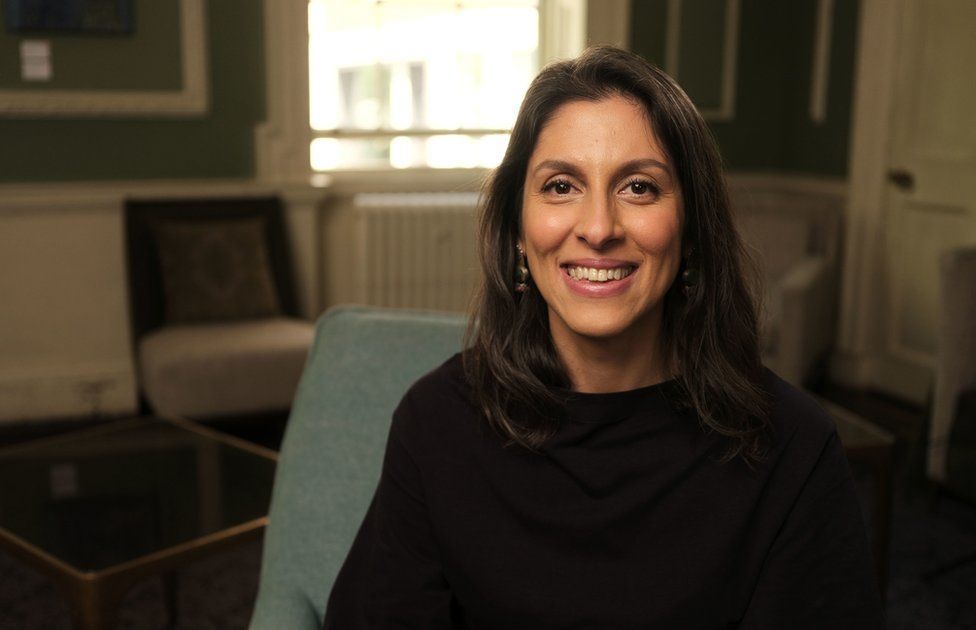 Nazanin Zaghari-Ratcliffe: Eight things we learnt from her first interview

Nazanin Zaghari-Ratcliffe has said she was forced to sign a false confession as a condition of her release. The mother-of-one was detained in Iran for six years on spying charges after visiting the country for a family holiday.

Speaking to the BBC's Woman's Hour in her first sit-down interview since her release, she said a UK official was with her when she signed the statement "under duress" before the Iranian authorities let her fly home in March.

Here are eight other things we learned from the interview.

1. Solitary confinement was 'most hostile, quiet form of torture'

Mrs Zaghari-Ratcliffe spoke for the first time about the months she spent in solitary confinement at the start of her detention, having previously shied away from questions about it at a press conference following her release. The dual British-Iranian national said she was held for just under seven months.

She said: "Solitary confinement, in my opinion, is the most hostile, quiet form of torture."

She said she was kept in a 1x2m cell with no window and lights which were kept on all day and night.

"I think solitary confinement works in the way they can mess your mind up in a way to break you," she said.

"There is a reason they keep people in solitary: and that is to force them to confess to things they haven't done and that works."

2. Her faith and her daughter's visits helped her survive detention

The 43-year-old said that, before her detention, she was not a practising Muslim but, during solitary confinement, her faith "got a lot deeper and a lot stronger".

"My faith, more than anything else, helped me," she said.

"I felt like this [faith] is very strong inside me and maybe God is testing me in a way."

Once she was moved to a general area of the prison, she said her daughter Gabriella's visits were "the source of my survival in prison".

Mrs Zaghari-Ratcliffe said she and Gabriella were allowed to use crayons and make origami together.

She said: "Gabriella was the youngest of the kids of the mothers in the ward, and the next child was about eight years old.

"She was two, two and a half when I was moved to the general ward. It was heart-breaking to see a child as young as that to come to see her mother." 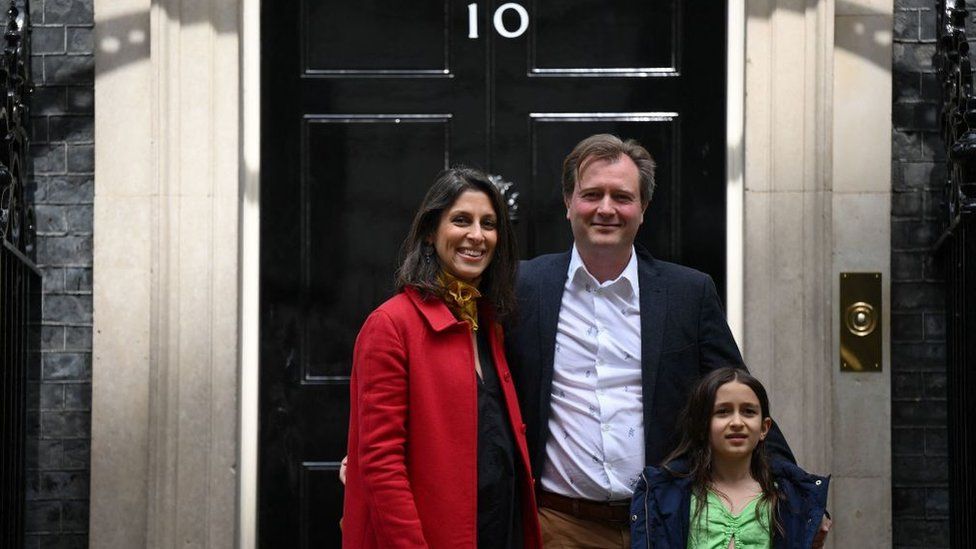 She said prisoners on the women's wards would teach each other skills.

"There was a lot of getting together and doing things in groups... we would cook together," she said. 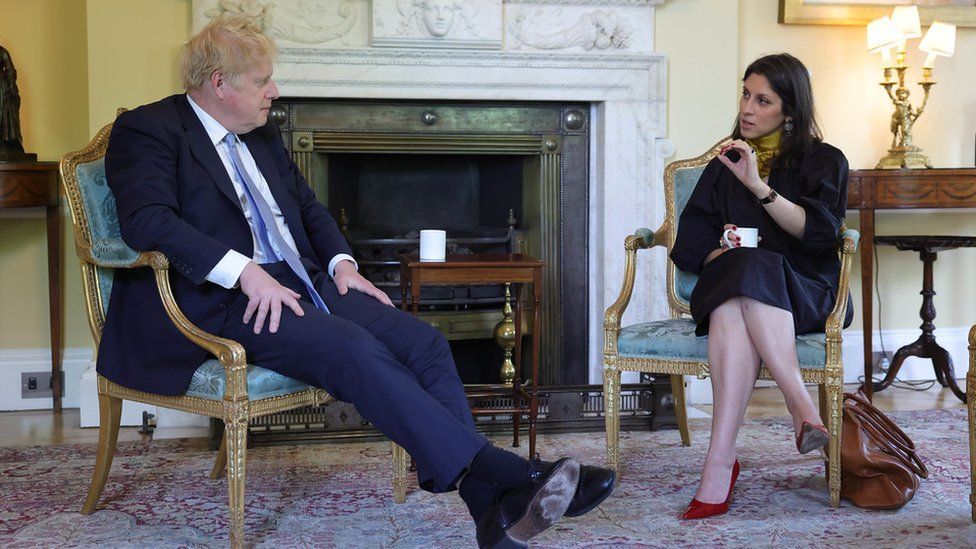 4. Boris Johnson's erroneous comments in 2017 'cast a shadow over her'

In 2017, when Boris Johnson was foreign secretary, he erroneously told a Foreign Affairs Committee Mrs Zaghari-Ratcliffe was "teaching people journalism" in Iran.

At the time of her detention, Mrs Zaghari-Ratcliffe had been a project manager for media freedom charity the Thomson Reuters Foundation but she insisted her trip to Iran was a holiday to see her parents.

She said Mr Johnson's mistake helped Iranian authorities further the narrative that she was a spy, something she explained to the prime minister at a meeting in Downing Street earlier this month.

She said in her interview: "For about a year and a half, I was trying to say: 'Look I was on holiday... I have come with a baby with a suitcase full of nappies'...

"But then when he made that comment, the Revolutionary Guards every time after that... they said: 'You have been hiding information from us. We know that you're a spy. We know what you were up to, even your prime minister mentioned that.'

"So I lived under the shadow of his comment psychologically and emotionally for the following four-and-a-half years after that day."

5. PM told her that her detention was linked to UK's debt

During her meeting with Mr Johnson, Mrs Zaghari-Ratcliffe said the prime minister also confirmed her detention was linked to the UK's £400m debt to Iran from the 1970s.

She said: "I think for me, there were times that I was very, very, very angry.

"But then I... Once I accepted the fact that it is what it is. There is very little I can do to change it. I had to come to terms with what had happened to me."

The Foreign Office has never the confirmed the link between the debt and her release.

6. She still can't look at her daughter's baby pictures

Gabriella, who was two-years-old when her mother was first detained, initially remained in Iran with her grandparents.

But it was decided she should return to the UK to live with her father, Richard Ratcliffe, in 2019.

Gabriella, now aged seven, did not see her mother again until her release in March this year.

Mrs Zaghari-Ratcliffe said: "There was a huge amount of videos and pictures that my family had taken of her when she was away from me.

"I just couldn't. I still can't go through with them.

"I had a lot of her baby toys and baby clothes in Iran collected to be shipped back with me to London. And they finally arrived. I couldn't open.

"So there is this legacy, the emotional legacy that will stay with me forever."

The dual national was flown back to the UK in March this year, where her first days were spent with Gabriella and her husband at a safe house.

Describing those first days reunited with her family, she said: "Those first nights were like a holiday, I don't think I will be ever be able to explain the feeling of three of us.

"Also I knew that my return journey was never going to be rosy, it would be difficult."

Despite life now calming down, Mrs Zaghari-Ratcliffe said she still struggles to socialise as she feels "less energetic".

"Every day there is one little thing in the house - a picture or a memory of the past - that throws me back to where I was," she said. 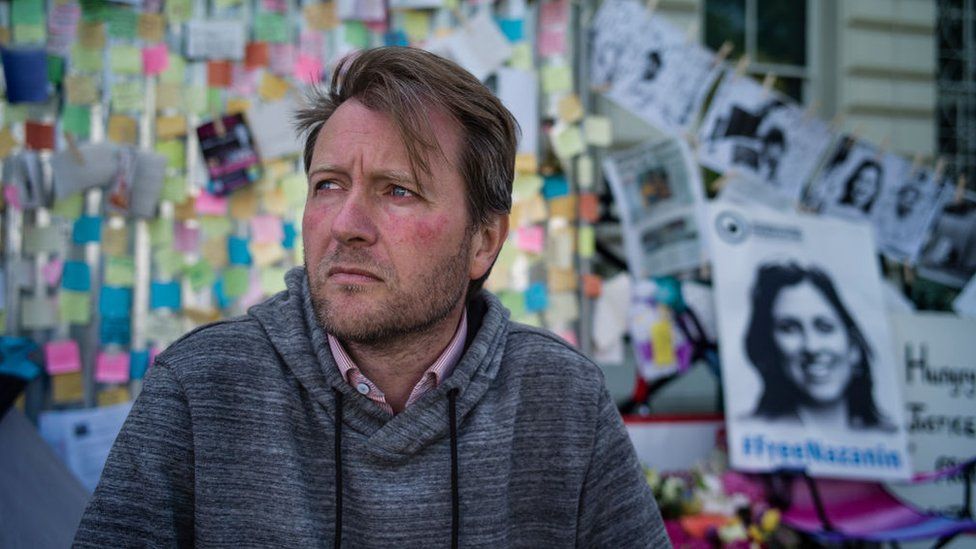 Mr Ratcliffe spearheaded the campaign to secure his wife's release for years, and went on a 21-day hunger strike outside the Foreign Office at the end of last year.

"And I think I would never be able to thank him enough...

"It has been an amazing journey for both of us. If anything our love has got a lot deeper."

Watch: I still can't look at my daughter's baby pictures - Nazanin on the years she lost in Iran
#Boris Johnson  #Johnson
Add Comment