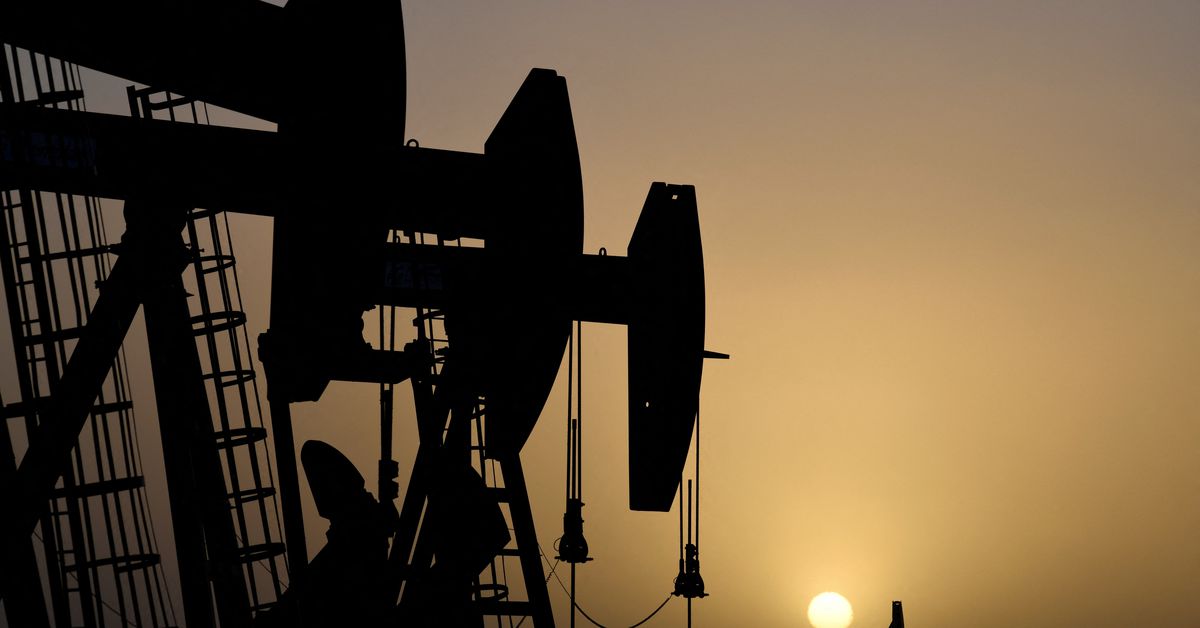 Oil prices settled lower on Thursday in choppy trading, rising above $90 per barrel and then retreating as traders weighed a worsening economic outlook against potential OPEC+ output cuts next week.
Brent crude futures settled down 83 cents at $88.49 per barrel, after rising as high as $90.12 during the session. U.S. crude futures for November settled 92 cents lower at $81.23 a barrel.

Leading members of the Organization of the Petroleum Exporting Countries and its allies, known as OPEC+, have begun discussions about an oil output cut at their next meeting on Oct. 5, three sources told Reuters.

One OPEC source told Reuters a cut was "likely", while two other OPEC+ sources said key members had spoken about the topic.

Reuters reported this week that Russia is likely to propose that OPEC+ reduce oil output by about 1 million barrels per day(bpd).

"Right now, the oil market is teetering between the Fed-induced demand destruction and tight oil supplies," said Ryan Dusek, a director in the Commodity Risk Advisory Group at Opportune LLP.

U.S. stock markets tumbled on worries that the Federal Reserve's aggressive fight against inflation could hobble the U.S. economy, and as investors fretted about a rout in global currency and debt markets.

"Amid so much uncertainty, seesaw trade may be common over the next week, unless we get more clarity from OPEC+ sources on the likely size of any adjustment and what it means for previous missed quotas," said Craig Erlam, senior markets analyst at OANDA.

The market also eased as the threat of Hurricane Ian receded with U.S. oil production expected to return in coming days after about 158,000 bpd was shut in the Gulf of Mexico as of Wednesday, according to federal data.

Crude benchmarks remain on pace to notch weekly gains after a four-week losing streak. Early this week they rebounded from nine-month lows, buoyed by a dip in the U.S. dollar index and a larger than expected U.S. fuel inventory drawdown.

"I think traders have almost given up on a nuclear deal being agreed and this announcement from the U.S. appears to be a make or break move," said Erlam.
#Covid
Add Comment