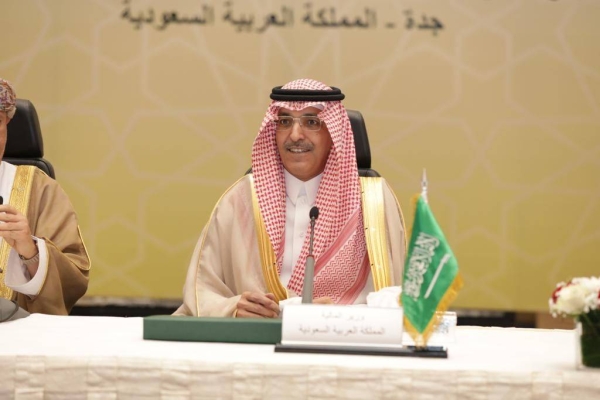 Saudi Minister of Finance Mohammad Al-Jadaan said the Kingdom overcame the coronavirus pandemic due to the speed of response and unprecedented measures it took to protect citizens and residents as well as to support economic activity, which were estimated at 13.9% of gross domestic product (GDP).
He added that several Arab countries began to recover from the COVID-19 effects and return to economic growth, Saudi Press Agency reported.

The minister expects - according to the estimates of the Arab Monetary Fund (IMF) - that the combined economic growth of Arab countries to rise to nearly 5% in 2022, compared to 2.9% a year earlier.

This is driven by several factors, including the relative improvement in global demand, high growth rates of the oil and gas sectors, as well as the continued adoption of stimulus packages by Arab governments to support economic recovery.

Commenting on the climate challenges, Al-Jadaan said the Kingdom realized the importance of concerted efforts to confront the effects of climate change, and thus it presented qualitative initiatives of interest to the region and the world, most notably Saudi Green Initiative, the Middle East Green Initiative and the Circular Carbon Economy.

He called upon Arab financial institutions to leverage the circular carbon economy approach that was approved by the G20 leaders in 2020.
#Coronavirus  #COVID-19  #Covid
Add Comment