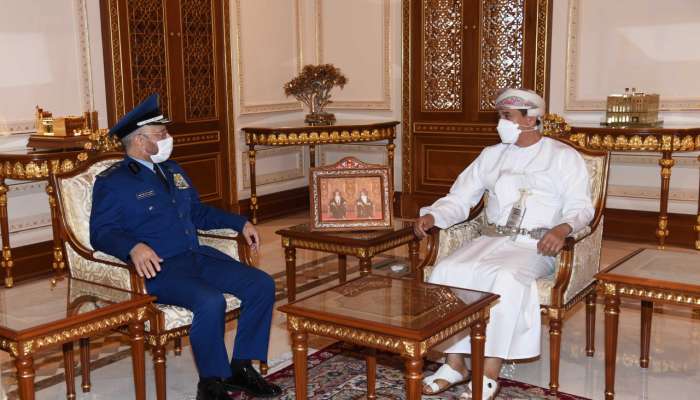 Gen. Sultan Mohammed Al Nu’amani, Minister of the Royal Office received at his office here on Monday Air Chief Marshal Fayyadh Hamed Al Ruwaili, Chief of the General Staff of the Armed Forces in the Kingdom of Saudi Arabia (KSA).