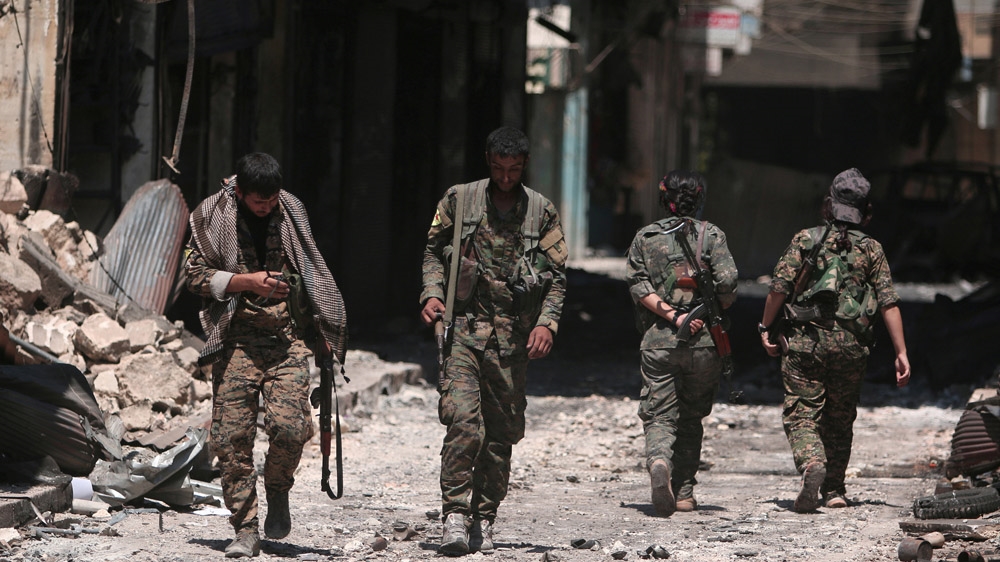 Russia urges Turkey not to launch offensive in northern Syria

“We hope that Ankara will refrain from actions that could lead to a dangerous deterioration of the already difficult situation in Syria,” Russia’s Ministry of Foreign Affairs spokeswoman Maria Zakharova said in a statement on Thursday.

“Such a move, in the absence of the agreement of the legitimate government of the Syrian Arab Republic, would be a direct violation of Syria’s sovereignty and territorial integrity” and would “cause a further escalation of tensions in Syria”, she added.

“We are taking another step in establishing a 30km (19-mile) security zone along our southern border. We will clean up Tal Rifat and Manbij,” he said, referring to two northern Syrian cities.

Erdogan said they would then proceed “step by step into other regions”.

For a week now, Turkey’s leader has been threatening to launch an operation against fighters of the Kurdistan Workers’ Party (PKK). He is also targeting the People’s Protection Units (YPG), a Syrian-Kurdish group it considers to be part of the PKK.

The PKK has waged an armed uprising against Turkey since 1984, and tens of thousands of people have died in the conflict.

The Turkish government has accused the YPG of attacking Turkish security forces in Syria.

Zakharova said, “We understand Turkey’s concerns about threats to national security emanating from the border regions” with Syria, but added the problem could only be solved if Syrian troops are deployed in the area.

Under the terms of a 2019 agreement Russia, an ally of the Damascus regime, and Turkey agreed to ensure Kurdish forces withdrew from areas in Syria close to the Turkish border and to launch joint patrols.

US Secretary of State Antony Blinken on Wednesday also warned NATO ally Turkey against a military offensive in Syria, saying it would put the region at risk.

“It’s something that we would oppose,” Blinken told a joint news conference with NATO Secretary-General Jens Stoltenberg.

“The concern that we have is that any new offensive would undermine regional stability [and] provide malign actors with opportunities to exploit instability,” Blinken said.

Turkey has launched three military operations into northern Syria since 2016, seizing areas along the border in what it said was a bid to secure its frontier from threats from ISIL (ISIS) and the YPG.

The YPG-linked Syrian Democratic Forces (SDF) warned a military operation by Ankara would undermine efforts to combat fighters from the ISIL armed group in northeastern Syria.