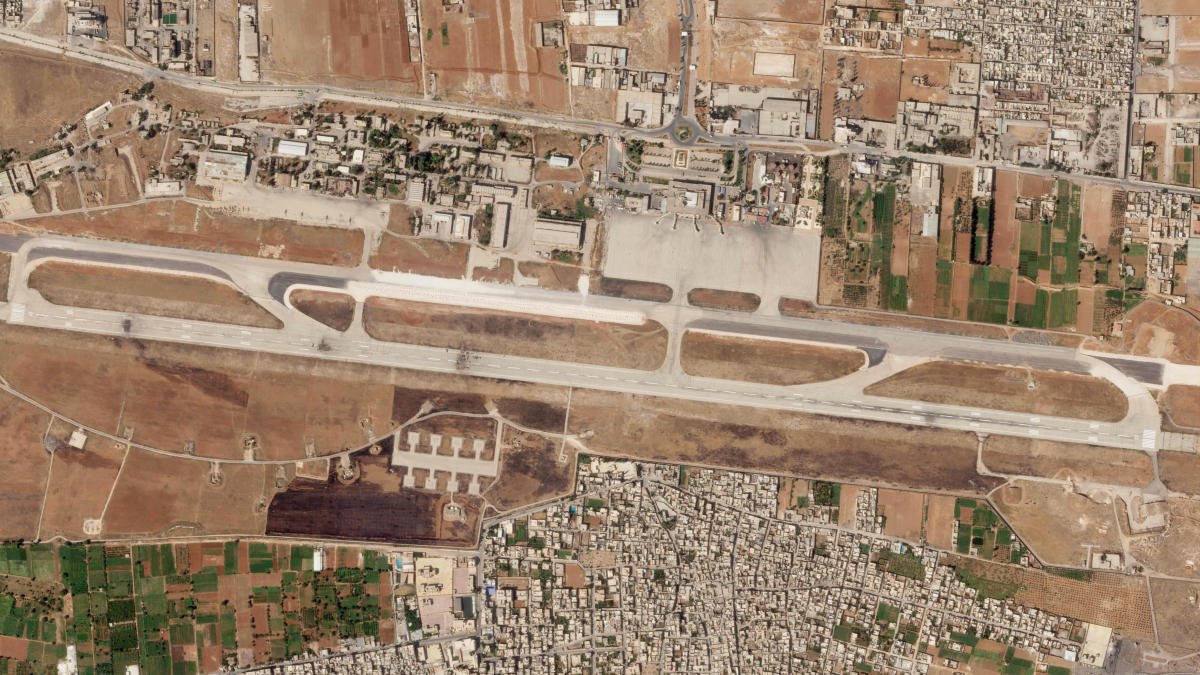 The strike Tuesday on Aleppo International Airport comes as Israel continues to strike what it describes as Iranian weapons shipments into Syria to support its long-embattled President Bashar Assad in his country’s grinding war.

The satellite images from Planet Labs PBC taken Wednesday show the airport’s single east-west runway bore three new craters. Vehicles and workers surrounded the two of the craters while the one furthest east had no traffic near it.

Images taken earlier Wednesday morning also showed a fire burning and smoke rising from the grasslands just south of the airport at part of its military complex there. A photo later taken after 2 p.m. showed the fire had apparently stopped burning, though it had charged much of the grassland. It wasn’t immediately clear if the fire was connected to the Israeli strike.

Syria, like many Middle East nations, has dual-use airports that include civilian and military sides. Flights at the airport have been disrupted by the attack.
A crater left after an Aug. 31 attack by Israel on the airport appeared filled by asphalt.

In a statement Wednesday, Syria’s Foreign Ministry said the attack caused serious “material damage to the airport runway and put it out of service.”

Israel, “with this dangerous escalation, are once again threatening peace and security in the region, endangering and terrifying the lives of civilians, and threatening the safety of civil aviation in Syria and the region,” the ministry said.

Israel has not acknowledged the attack, which Syrian officials described as coming from missiles fired over the Mediterranean Sea west of its port city of Latakia.

Israel has said it will target Iranian weapons shipments to Syria, targeted as part of a long running shadow war between Tehran and Israel. Iran, as well as Lebanon’s allied Hezbollah militant group, has been crucial to Assad remaining in power since the war began in his country amid the 2011 Arab Spring.

Syrian passenger flights between Aleppo and Damascus, the country’s two largest cities, only resumed in February 2020 after years of war.

The strike comes as tensions across the wider Mideast remain high as negotiations over Iran’s tattered nuclear deal with world powers hang in the balance.