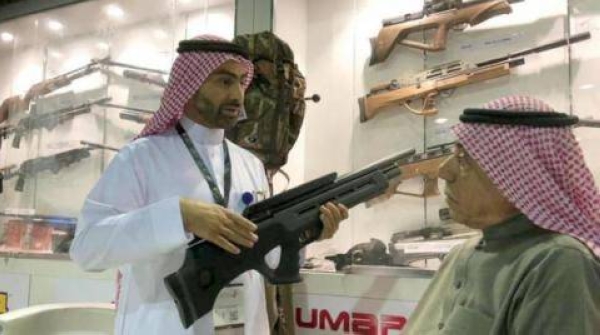 Saudi Arabia’s Ministry of Interior has extended the grace period for getting licenses for illegal weapons and ammunition for one year, suspending all punitive measures against violators as well.
In a statement, the ministry said: “Subsequent to the previous announcement regarding giving citizens a chance to rectify the status of illegal weapons and ammunition in their possession, and due to the keenness of the ministry to give them another chance, it has been decided to extend the grace period, allowing them to renew licenses of their firearms.”

“All punitive measures against violators will also remain suspended, beginning from May 29, 2021,” the statement added.

The ministry appealed to the citizens, in general, to make the most of the grace period and declare all unlicensed arms and ammunition in their possession in line with the Weapons and Ammunition Regulation issued according to the Royal Decree No. M/45 dated 25/07/1426H, its executive bylaw, and the directives issued in this regard.

The same applies to firearms that have come under their possession by inheritance or will. They have to surrender them voluntarily or rectify their status by visiting the nearest police station before the end of the grace period on Shawwal 16, 1443H, so as to avoid penalties stated in the Weapons and Ammunition Regulation, which includes fines, imprisonment, and cancellation of the license.

The Ministry of Interior added that the citizen can obtain the forms and instructions on this matter on the ministry’s website by visiting: (www.moi.gov.sa) and book an appointment to visit the pertinent security authority via the appointments service on Absher platform.
Add Comment