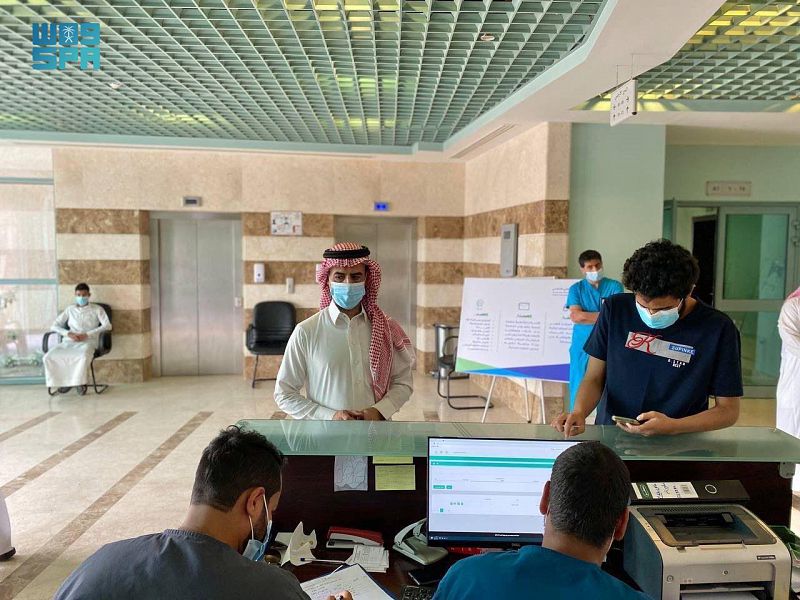 The Ministry of Health confirmed 59 new cases reported in the Kingdom in the previous 24 hours, meaning 547,591 people have now contracted the disease. Of the total number of cases, 139 remain in critical condition.

According to the ministry, the highest number of cases were recorded in the capital Riyadh with 22, followed by Jeddah with eight, Madinah and Makkah recorded four each, and Buraidah, Jazan and Jubail confirmed two cases each.

The health ministry also announced that 41 patients had recovered from COVID-19, bringing the total number of recoveries in the Kingdom to 536,626.

Over 43.4 million COVID-19 vaccine doses have been administered since the Kingdom’s immunization campaign started. More than 19.8 million people have been fully vaccinated. 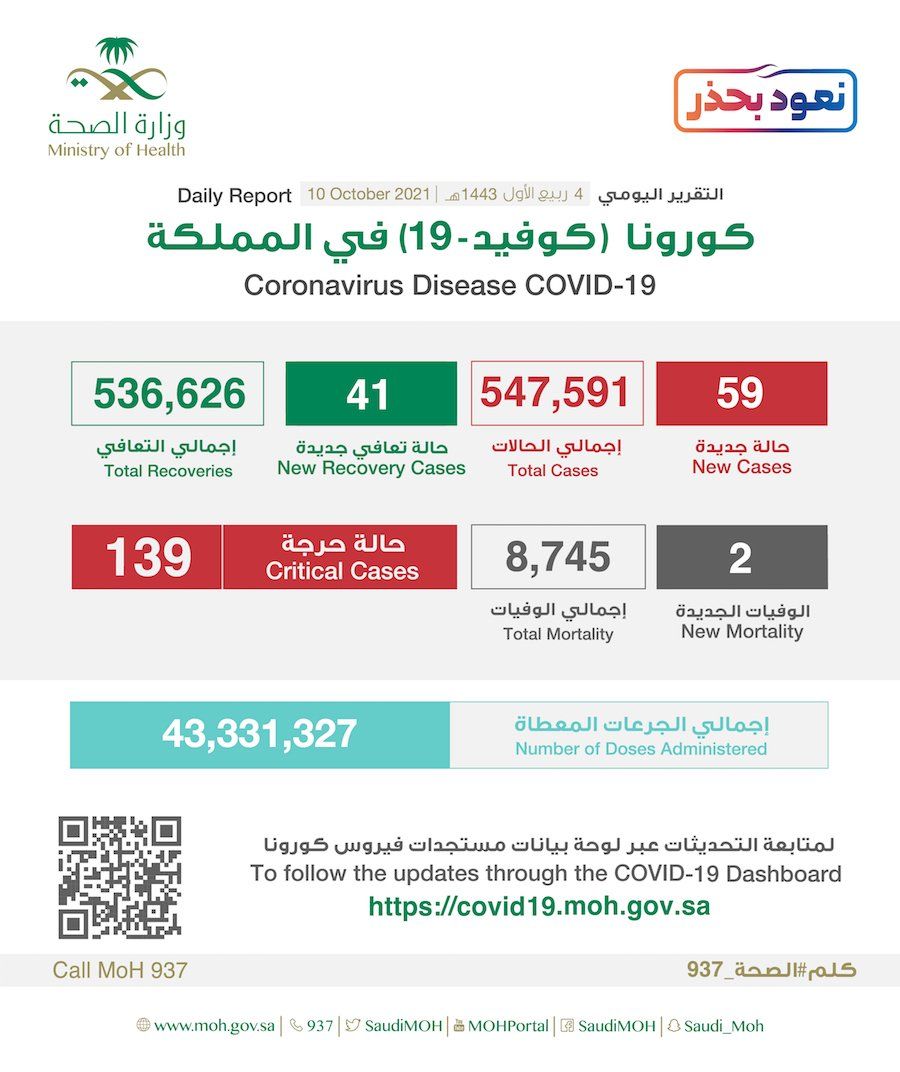 Saudi authorities continued their monitoring campaigns to ensure compliance with the precautionary measures imposed to stem the spread of the disease.

The Ministry of Interior reported 23,185 in the past week, with the highest recorded in Riyadh with 8,914, followed by the Eastern Province with 4,002, Makkah with 2,202, and Qassim with 1,806. Najran recorded the lowest number of violations with 89.

The ministry called on citizens and residents to abide by the preventive protocols and the instructions issued by authorities in this regard.

The municipality of the Eastern Province carried out 9,180 inspection tours of commercial centers and facilities in one week, identifying 481 violations.

Jeddah Municipality also carried out 9902 inspection tours of commercial centers and facilities during the past three days. The authorities closed 67 commercial outlets and issued fines to 82 others for breaching protocols.

Municipalities urged all commercial facilities to abide by regulations to ensure public safety and prevent the spread of the disease.

The coronavirus pandemic has affected over 238 million people globally and the death toll has reached around 4.86 million.