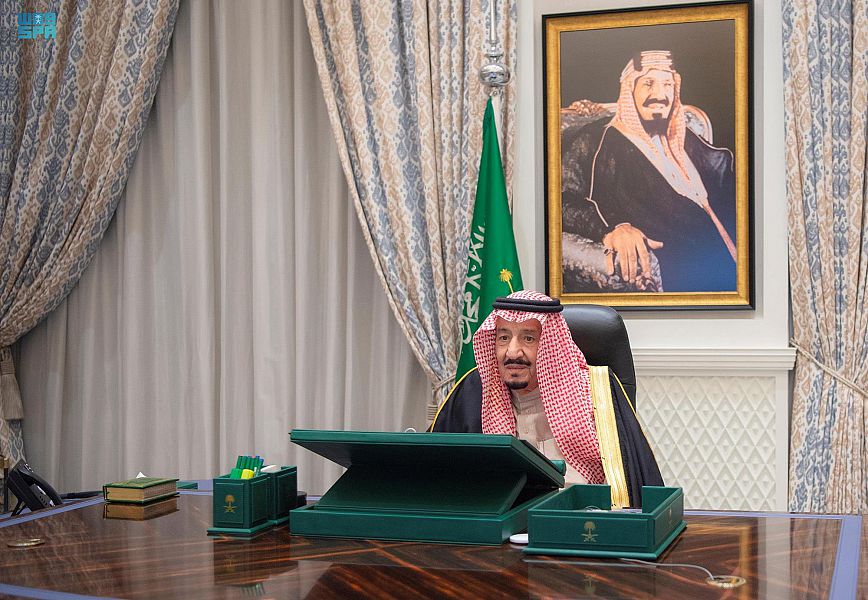 Saudi authorities on Tuesday repeated their call for the international community to address the humanitarian needs of the Afghan people and provide sustainable aid.
During a weekly cabinet meeting, chaired remotely by King Salman from NEOM, the Council of Ministers reviewed the Kingdom’s speech delivered during an extraordinary meeting of the Organization of Islamic Cooperation, hosted by Pakistan on Dec. 19, to discuss the humanitarian situation in Afghanistan.

The cabinet also reviewed the Kingdom’s own humanitarian work and support for the needy around the world, including its air and land bridge operation to transport urgently needed relief, including humanitarian and food aid, to Afghanistan.

At the beginning of the session, the cabinet reviewed the programs and projects that are part of the state’s general budget for the next fiscal year, which aim to enhance human development, maintain the process of economic growth and diversification, and promote financial sustainability.

Ministers discussed the results of Crown Prince Mohammed bin Salman’s recent tour of neighboring Gulf Cooperation Council states and his talks with their leaders. They reviewed the positive outcomes of agreements reached during the royal tour, and during the 42nd session of the GCC Supreme Council in Riyadh on Dec. 14, with the aim of supporting cooperation, interdependence, integration and coordination in all fields.

Minister of Information Majid Al-Qasabi said that the cabinet also reviewed the outcomes of follow-up and political consultation committee meetings between the Kingdom and Egypt, during which both countries agreed to unify their visions on many regional and international issues and crises. They also agreed to continue their efforts to support regional security and stability, stressed the importance of joint Arab action, and rejected any attempts by regional forces to interfere in the affairs of Arab countries.

The council discussed other regional and international developments, and reiterated the Kingdom’s permanent position of support for the Yemeni government, its keenness to achieve security, stability and development for the Yemeni people, and its desire to further the efforts to reach a political solution to the seven-year war in the country.

The ministers praised the Arab coalition for its work in Yemen “confronting and thwarting the attempts of the Iranian-backed Houthi militia to target civilians and civilian objects, and to neutralize its hostile capabilities in accordance with international law and its customary rules.”

Meanwhile, the council described the selection of Diriyah as the Capital of Arab Culture for 2030 by the Arab Educational, Cultural and Scientific Organization as “a culmination of its historical position and cultural richness, which have made it one of the most prominent sites” in terms of cultural impact.

The cabinet also acknowledged the Kingdom’s election this month to a seat on the council of the International Maritime Organization, the UN agency responsible for measures to improve the safety and security of international shipping, and to prevent pollution from ships.

Ministers authorized the energy minister to a sign draft memorandum of understanding with Uganda in the field of renewable energy, and the minister of environment, water and agriculture to re-sign an amendment to an MoU for agricultural cooperation with Iraq.

They approved the Kingdom’s accession to the Hague Convention Abolishing the Requirement of Legalization for Foreign Public Documents, also known as the Apostille Treaty, and authorized the foreign minister to complete the resultant legal procedures that are required.

The cabinet also approved an MoU between the Saudi and Kuwaiti governments for cooperation in the fields of higher education and scientific research.
#Afghanistan
Add Comment