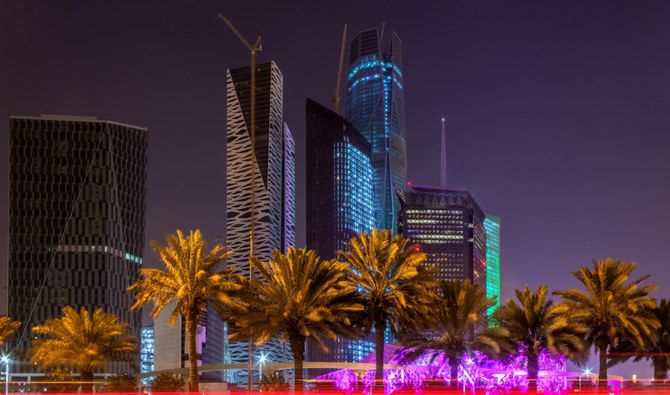 With the outbreak of the coronavirus disease pandemic, the world came to a screeching halt. With active vaccination campaigns and effective travel and social restrictions, the world managed to return to some normality and the global economy started to rebound amid fears of the virus’ mutations haunting mankind.
Economies of different countries are recovering at different pace depending on the effectiveness of the measures taken during the pandemic among other factors. Saudi Arabia’s economy managed to keep the economy afloat by different initiatives throughout the peak phase of the pandemic and now those efforts are bearing fruit and signs of recovery are becoming visible.

The World Bank expected that the global economy would expand by 5.6 percent in 2021 at its strongest post-recession pace in 80 years. However, the recovery remains uneven and largely reflects sharp rebounds in some major economies, as many emerging market and developing economies, obstacles to vaccination continue to weigh on activity.

Since 2016, the Saudi government has been implementing a comprehensive economic reform program under the Vision 2030 aimed at diversifying the economy and enhancing the financial position of the Kingdom. The Vision Realization Programs is the special purpose vehicle that has been set to support the unprecedented fiscal, economic and structural reforms amid to simulate the economic growth and sustain financial stability, through encouraging various economic activities to grow away from oil. This is to include but not limited to supporting households, enhancing the private sector performance to achieve sustainable growth in the medium and long terms.

This year the Saudi economy witnessed significant growth in different sectors, especially non-oil. The actual financial results of this year reflect the strong financial position of the Kingdom. The results show strong economic recovery and growth in most non-oil economic activities such as entertainment, tourism and housing.

Additionally, the economic recovery has led to positive developments on the estimated revenues for next year as it is projected to reach SR1,045 billion ($278.5 billion) as the government is continuing its efforts to diversify the economy through the implementation of numerous initiatives that are directly related to the realization of the objectives of Vision 2030.

Despite the fact that the pandemic still persists and the new coronavirus variants are still affecting the global economy, Saudi Arabia expects a SR90 billion budget surplus in 2022, which is 2.5 percent of the gross domestic product.

Among the non-oil economic sectors that have witnessed significant growth and contributed positively to the Kingdom’s GDP and created jobs is entertainment. Turki Al-Sheikh, chairman for the Saudi General Entertainment Authority, said: “The Riyadh Season had attracted 10.3 million visitors to the capital and its surrounding area and had given rise to 34,700 jobs along with 17,300 indirect posts.”

Likewise, the Kingdom’s housing program has managed to accelerate home ownership to 60 percent despite demand-suppressing conditions in 2020 linked to the pandemic. It also helped in developing the real estate business environment by strengthening the real estate foundations to 75.8 percent.

Last but not the least, the government was able successfully to overcome the unemployment issue in Saudi Arabia, as the unemployment rate of Saudis (males and females 15 years and above), has decreased to 11.3 percent in the second quarter of 2021 compared to 11.7 percent during the first quarter of the same year, reaching the lowest level during the last 10 years.

Without doubt, the government economic reforms under Vision 2030 have led to significant achievements in all aspects of life not only economically but socially as well.
#Coronavirus
Add Comment