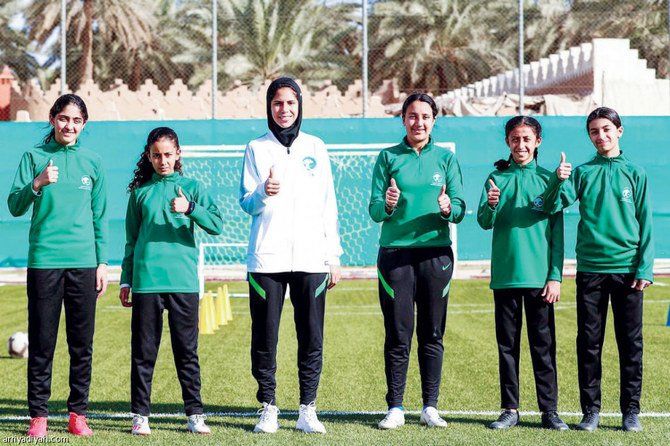 Regional training centers affiliated with the Saudi Arabian Football Federation (SAFF) have opened their doors to aspiring female players from across the Kingdom, Arabic sports daily Arriyadiyah has reported.
The centers provide three age categories for those wishing to join: Under 13, under 15 and under 17.

Lamia Bahian, director of women’s football at the SAFF, said women’s football in Saudi Arabia has witnessed great development in recent years, and the latest programs at these centers are in line with the federation’s initiatives to raise the profile of the game further.

Last November saw the launch of Saudi Arabia’s first ever Women’s Football League, which was won by the Jeddah Eagles. The second edition of the competition is scheduled to take place later this year.

The 62-year-old had a playing career that saw her represent Kickers Offenbach and NSG Oberst Schiel in Germany before stints at Paris Saint-Germain, Queens Park Rangers and Southampton.

After she retired in 1992 she coached SG Praunheim — her last playing club — for six years, before moving to Bundesliga club FFC Frankfurt, where she won the 2002 UEFA Women’s Cup (now the UEFA Women’s Champions League), four league titles and five German Cups.

In 2007 she was appointed coach of Bahrain’s women’s national team, and in 2013-14 the Qatari national team.
Add Comment