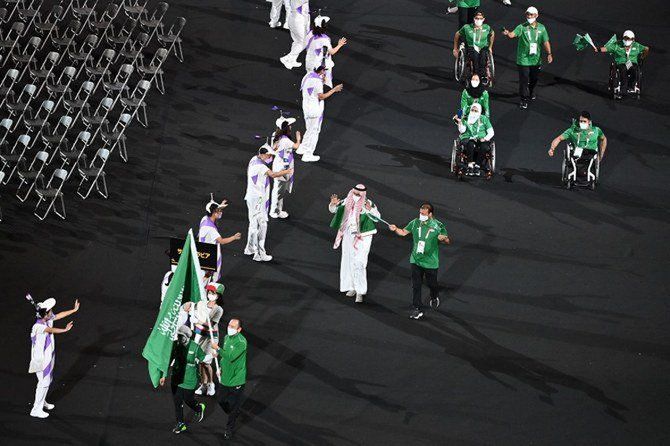 Saudi Arabia’s Ahmed Al-Sharbatly has left the Tokyo 2020 Paralympic Games after finishing 10th out of 14 riders in the Equestrian Mixed Individual Test — Grade V competition on Thursday afternoon.
The 40-year-old exited the tournament at the Japanese capital’s Equestrian Park on a disappointing day for the Kingdom’s athletes in which Maryam Al-Muraisel was also eliminated from the Table Tennis Women’s Singles.

The top three places in the equestrian event were taken by Michele George of Belgium, Sophie Wells of Great Britain and Frank Hosmar of the Netherlands.
Add Comment