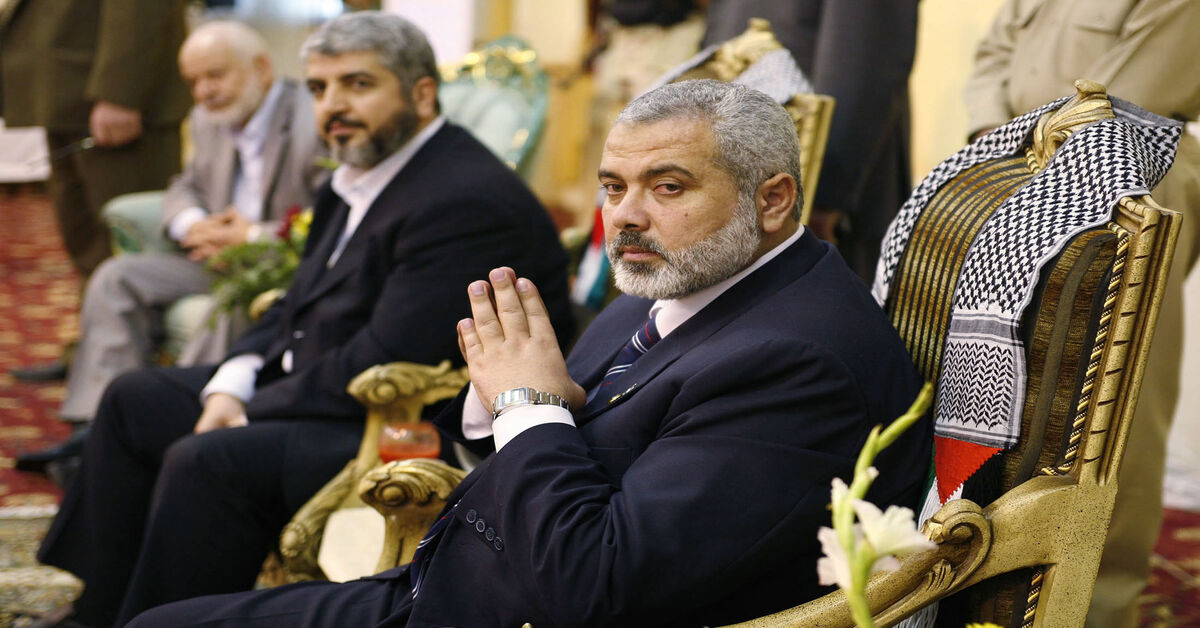 Jordanian and Palestinian officials have been silent on what many believe are exaggerated sentences of their citizens who are accused of supporting Hamas and providing financial support to Palestinian charities.
Sixty-nine Palestinians and Jordanians who have been working in Saudi Arabia for years were given harsh sentences Aug. 8, some reaching as high as 22 years. They are charged with membership in an illegal organization (Hamas) and organizing fundraising activities to support Palestinian charities.

The Saudi court sentenced the Hamas representative in Saudi Arabia, Mohammed al-Khoudary, to 15 years in prison, while his son Hani was sentenced to three years, according to the Turkish Anadolu Agency.

The Turkish news agency quoted Abd al-Majid, Khoudary's brother, as saying that the final sentence against the older Khoudary includes a "clemency for half the term [7½ years]."

The detainees have been held in Saudi prisons since April 2019, but according to a support group in Jordan they and their families never saw a charge sheet against them. Khader Mashayekh, head of the committee for Jordanian prisoners in Saudi Arabia, told the London-based Middle East Eye that the Saudis held the prisoners under difficult conditions, not allowing doctors to visit them despite some of them contracting the coronavirus or arranging family visits.

“We never received a copy of the charge sheet and therefore we were surprised to learn that supporting charities in the Gaza Strip and the West Bank is a crime in Saudi Arabia. The sentences were very harsh and disproportionate and should be rescinded,” Mashayekh told Middle East Eye.

Oraib Rantawi, director of Al-Quds Center for Political Studies, told Al-Monitor that the detainees have been held for some time and their fate has fluctuated. “It is not clear why the Saudis decided to give them such harsh sentences now, even though one thought that Saudi Arabia was warming up to Hamas as evidenced by the July 4 interview that the Saudi Al-Arabiya TV channel offered to Hamas leader Khaled Meshaal,” he said.

Palestinian officials have been silent on the case. The official Wafa news agency has not reported on it and attempts for commentary by Al-Monitor were not responded to.

Jordanian officials have also been silent on the issue fearing that any commentary could further deteriorate an already uneasy relationship with Saudi Arabia, due to the Prince Hamzah case that at one time was described as a coup but later reduced to a sedition against the king, and the detention of Bassem Awadallah, an adviser to the Saudi crown prince who was sentenced to 15 years for his role in the sedition case.

On Aug. 3, the Saudi foreign minister visited Amman before the sentencing, but it was not clear whether the visit was aimed at a deal regarding those detainees and Awadallah, or that the Saudis wanted to give Jordan the heads up.

Hamas called the sentences unjustified. “All that they have done was support their cause and their people without ever saying anything harmful against the Saudi kingdom and its people,” read a Hamas statement that welcomed the fact that some were exonerated calling on the Saudi government to rescind its decision and release them.

The Islamic Jihad movement also issued a statement calling the sentences unjust and unjustifiable. “These sentences are not according to Islamic Sharia law nor Arab nationalism that has been defending Al-Aqsa Mosque,” it stated.

Mustafa Nasrallah, a lawyer defending the detainees, said that the families of those convicted have 40 days during which they can appeal the decision that he called “harsh and illegal.”

The Yemeni Houthis issued a surprise statement saying that they are willing to release senior Saudi officials who are held by them in exchange for the release of the sentenced Palestinians and Jordanians.

Relations between Saudi Arabia and the Palestinians have been lukewarm especially due to the hints of normalization that emerge periodically from Riyadh. Saudi Arabia refused to officially normalize relations with Israel at the time when the United Arab Emirates, Bahrain, Sudan and Morocco did in the last days of the Trump administration. Some commentators noted that while Algerian sportsmen refused to engage with an Israeli athlete during the recent Tokyo Olympics, the Saudi athletes did.

It is unclear what the endgame of these arrests will be. Most commentators expect that a deal of some sort will be agreed, which will reduce the sentences or possibly cancel them. The silence by Jordanian and Palestinian officials is aimed at avoiding further angering the Saudis, whose actions under the general rule of Crown Prince Mohammed bin Salman have been hard to predict or understand.
#coronavirus
Add Comment