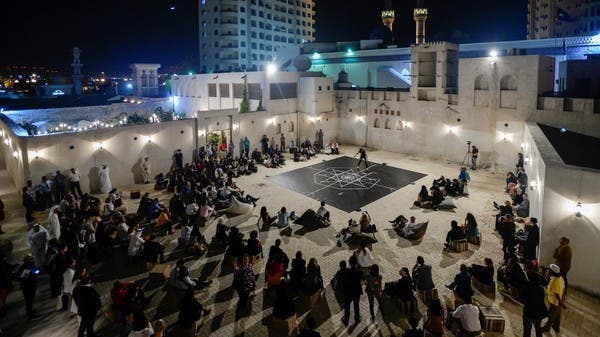 Sharjah Art Foundation (SAF), has established a performance division, cementing the Foundation’s longstanding commitment to commissioning and providing a platform for multidisciplinary performance practices and the diverse communities they engage.
This was announced on Tuesday by Hoor Al Qasimi, President and Director of SAF.

The performance division will be led by Tarek Abou El Fetouh, the Foundation’s Director of Performance and Senior Curator. Born in Cairo, Abou El Fetouh currently lives and works in Sharjah.

Abou El Fetouh has established innovative initiatives in the Arab world and has sought to develop conversations among practitioners both regionally and internationally.

Abou El Fetouh started his career as an art director and theater scenographer. From 2000 to 2005, he worked on designing and rehabilitating abandoned or misused buildings for use as cultural venues. These spaces included the Garage Theater, Alexandria; Collectif 12, Paris; Windows Theater, Minya; The House, Amman; The Factory Space in the Townhouse Gallery, Cairo; Ness El Fen, Tunis, and Geneina Theater, Cairo.

The Performance Department will invite local, regional, and international artists to participate in ongoing residencies, during which they rehearse and produce commissioned performances and site-specific projects to take place in various venues, streets, squares, and unconventional spaces across Sharjah.

Projects are developed for and in collaboration with diverse communities in Sharjah and designed to engage with them in all possible ways.

Additionally, through workshops, talks, and educational programs, created with local partners including the Sharjah Theater Department and Sharjah Performing Arts Academy, the program will offer participants from the UAE and the wider Gulf region opportunities for learning with a wide range of international artists working in theater and performance.

“Performance has always been integral to the Foundation’s programming. Over the years, our use of unconventional and public performance spaces has demonstrated how this medium can create memorable experiences that engage the communities of Sharjah and the UAE,” said Al Qasimi.

“We are delighted to welcome Tarek Abou El Fetouh as Director of this new dedicated department that formalizes and expands our commitment to the dynamic medium of performance. As a longtime collaborator of the Foundation, he brings to his role profound expertise and a deep understanding of both the local and global contexts in which the Foundation works.”

Spearheading the new department under the direction of Al Qasimi, Abou El Fetouh has more than 20 years of curatorial and production experience, including the curation of significant festivals, exhibitions, and productions across Asia, Africa, and Europe.

He has been collaborating with SAF since 2009 as one of the curators of Sharjah Biennial 9 with a program titled ‘Past of the Coming Days,’ and curator of the exhibition ‘The Time is Out of Joint’ (2016). He has also participated in numerous iterations of the March Meeting, the Foundation’s annual convening.

“I am very happy and honored to have begun a new chapter in my work with the Foundation, one of the most important and influential institutions presenting and producing contemporary art in the region and the world today,” said Abou El Fetouh.

“The Department’s programs are being designed to reflect on the cross-disciplinary approach of the Foundation’s mission and initiatives, exploring the intersections between contemporary art, installation, and performance, as well as Sharjah’s role as a catalyst for theater in the region. I am looking forward to building on the Foundation’s important work in undertaking ambitious and experimental ideas and collaborating with artists and institutions as we create platforms for audiences and practitioners to come together in Sharjah.”

The formation of this dedicated department builds on the Foundation’s history of supporting artists working in performance.

Internationally, the Foundation has supported and co-organized performance presentations by regional artists such as Tarek Atoui’s commissions that premiered at Performa 5, New York, (2011), and Serpentine, London (2012); Wael Shawky’s ‘Song of Roland’ that premiered in Hamburg in 2017 and toured internationally and Radouan Mriziga’s 7 that premiered in Brussels in 2017.
Add Comment