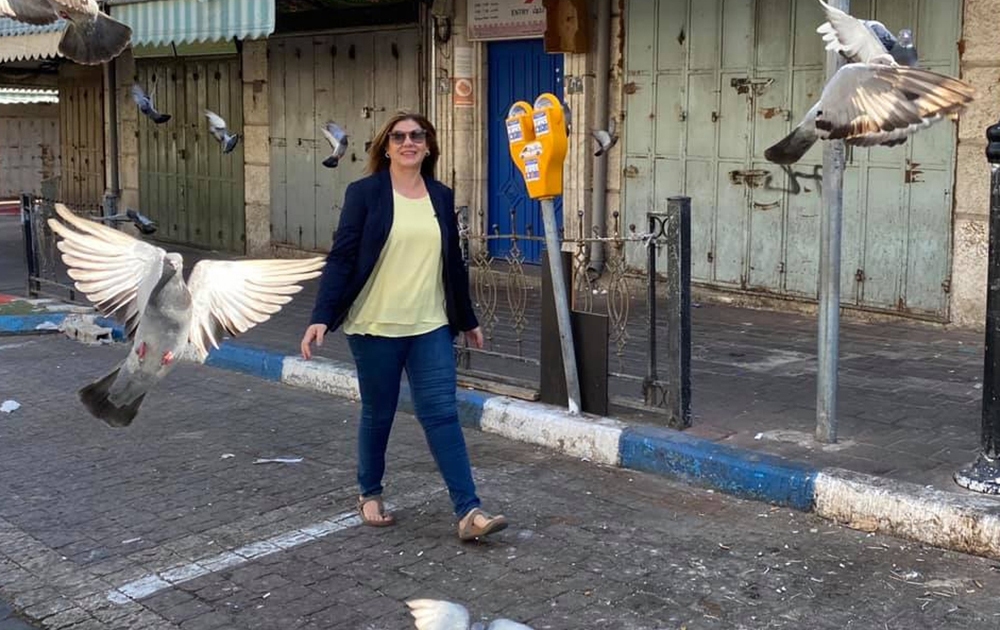 Al Jazeera’s Washington bureau chief has called on the UN Security Council to ensure the protection of journalists, urging an independent and transparent probe into the killing of the network’s veteran reporter Shireen Abu Akleh.

Speaking at an informal Security Council meeting on Tuesday, Abderrahim Foukara said the slain journalist was killed by Israel while doing her job.

“Al Jazeera’s position is crystal clear: Shireen Abu Akleh’s life matters, and so does a transparent and independent investigation of her killing and of the serious violation of her funeral by the Israeli security forces,” Foukara told the council.

Abu Akleh was fatally shot by Israeli forces in Jenin in the occupied West Bank earlier this month.

Israeli troops then stormed the slain journalist’s funeral procession in Jerusalem and violently assaulted mourners and pallbearers, almost causing them to drop Abu Akleh’s coffin. Footage of the attack prompted an outcry across the world.

“Al Jazeera is considering all possible legal options to make sure justice is done, so that Shireen’s killing does not end up swept under the carpet of impunity,” Foukara said on Tuesday.

“The responsibility of Shireen’s killing must be investigated, going as high as may be required up the chain of command in the Israeli army or any other security apparatus, which may have been involved.”

Foukara said the Security Council has a duty to protect journalists.

“Al Jazeera appeals to each and every one of you in this council to keep the responsibility to protect journalists front and centre on your radar of attention and action,” he said.

Geraldine Byrne Nason, Ireland’s UN envoy who had called for Tuesday’s Security Council meeting, reiterated her country’s push for an independent investigation into the killing of the Al Jazeera reporter.

“Shireen’s shocking and untimely death has once again drawn the world’s attention to the dangers faced by journalists and media workers daily,” Nason said. “It should also be a rallying call for all of us to say that the targeting or the silencing of independent journalists anywhere is simply unacceptable.”

Abu Akleh was a US citizen, but Washington has so far said it would trust Israel to conduct a probe into her killing.

At the UN meeting, a US diplomat Lisa Carty said Washington “strongly condemns” the killing of the Palestinian journalist. “We continue to call for a thorough and impartial investigation into Shireen’s death,” the US representative said.

“We expect full accountability for those found responsible upon the conclusion of an investigation. We were also deeply disturbed by the violence that took place during her funeral procession. All families deserve to bury their loved ones in a dignified and unimpeded manner.” 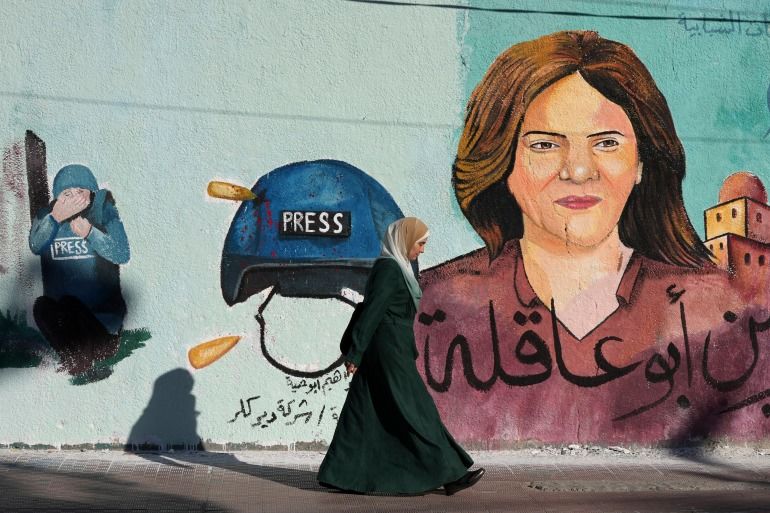 Carty did not mention Israel – which receives $3.8bn in US aid annually – in her statement.

The Israeli military said last week that it will not open a criminal inquiry into the fatal shooting of Abu Akleh. But on Monday, Israeli media outlets cited the Israeli army’s top lawyer as saying that the military is “making every effort” to investigate the incident.

The Palestinian Authority has formally asked the International Criminal Court (ICC) to open a probe into the killing.

But on Tuesday, US State Department Spokesperson Ned Price said the ICC is not “an appropriate venue” for investigating the fatal shooting.

When asked why the US backs ICC probes into alleged war crimes in Ukraine but not in Palestine, Price said: “We believe that the ICC should maintain its focus on its core mission, and that core mission is to serve as a court of last resort in punishing and deterring atrocity crimes.”

The Biden administration has long opposed ICC involvement in Palestine, arguing that Israel has a robust legal system that can investigate and prosecute any violations.

But critics say that some Israeli abuses are official government policies. For example, a top UN expert said last year that establishing settlements in the occupied West Bank “amount to a war crime”.

Moreover, several rights organisations – most recently Amnesty International – have accused the Israeli government of committing apartheid against Palestinians, which is considered a crime against humanity.

The ICC’s mission is to investigate and try individuals for genocide, war crimes and crimes against humanity.

Meanwhile, also on Tuesday, CNN joined a host of witnesses, media outlets and independent reviews in concluding that it was the Israeli army that fatally shot Abu Akleh.

“Videos obtained by CNN, corroborated by testimony from eight eyewitnesses, an audio forensic analyst and an explosive weapons expert, suggest that Abu Akleh was shot dead in a targeted attack by Israeli forces,” the US network reported.

Earlier this week, 57 US legislators called for the FBI to open a probe into the killing, saying that Abu Akleh was “entitled to the full protections afforded to US citizens living abroad”.