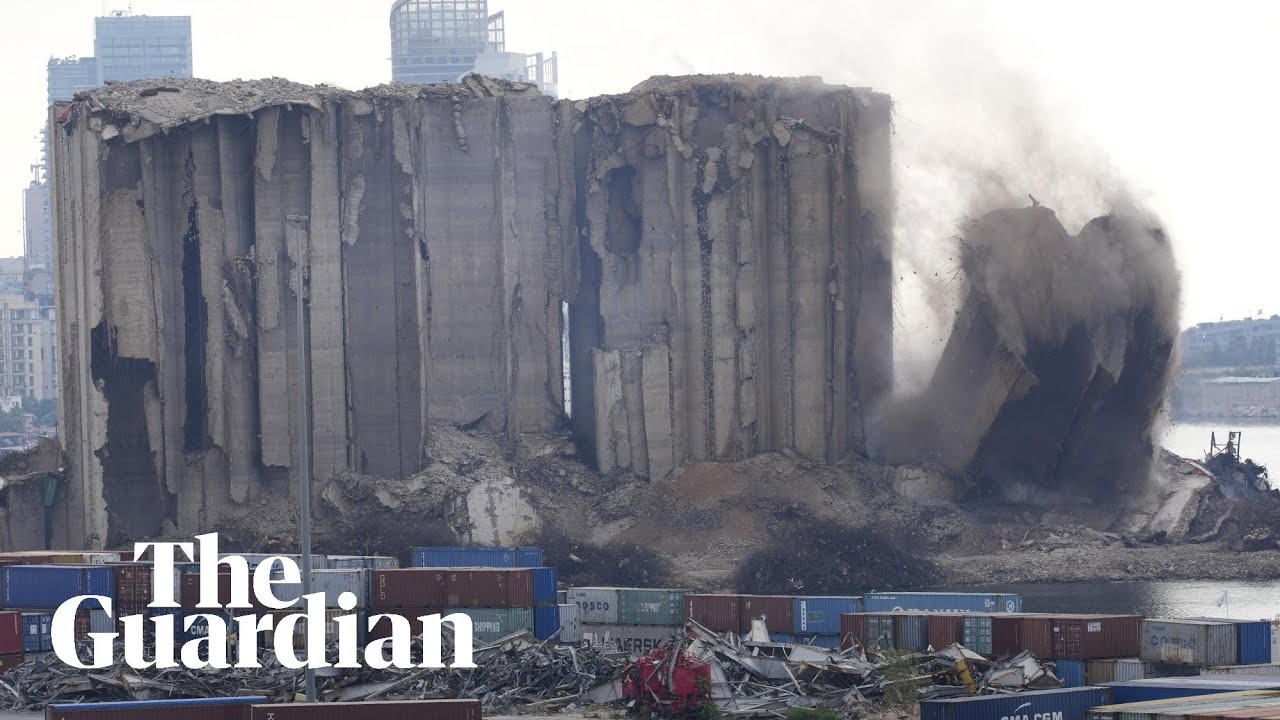 Further collapse of city’s grain silos, almost to the minute of blast, seen as symbol of failure to bring anyone to justice

For two years, Beirut’s crumbing grain silos had teetered over the ruins of the nearby port, a battered backdrop to a broken city that has barely stayed on its feet.

Almost to the minute of the second anniversary of the Beirut port explosion that destroyed them and pulverised nearby neighbours, a huge slither of the silos collapsed, showcasing yet again the dysfunction of Lebanon and the failed quest to bring those responsible to justice.

Crowds lined adjoining overpasses on Thursday to commemorate the deaths of more than 200 people in one of the biggest industrial disasters in modern history. And in doing so, many were also mourning the ongoing destruction of a country, the demise of which is encapsulated in Lebanon’s inability to hold its leaders to account either for the blast, or the wilful collapse of its economy.

Hailed at the time as a galvanising moment that could finally break a corrupt protectorate that had enriched Lebanon’s leaders at the expense of its citizens, the post-explosion era has instead served to reinforce the status quo. Beirut port was a microcosm of Lebanon’s failings, a place where civil war-era leaders all had a stake in various arms of its operations, and took large financial cuts under informal understandings. 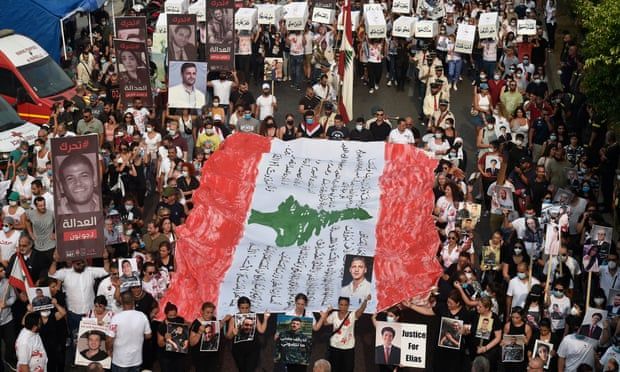 While the ruin of the bulk cargo terminal, a global pandemic, and a plunging economy may have put pay to that, the patronage networks that have helped Lebanon to ruin remain intact. Attempts to investigate the cause of the blast and the negligence that led 2,750 tonnes of ammonium nitrate to be stored haphazardly for seven years remain stalled, with little political will for any meaningful resumption.

Among a crowd gathered near the port, Alan Hobeika, 17, held a picture of his friend Elias Khoury, who died in the blast in his home not far away. He said he joined the commemorative march because “justice is still not achieved until now. I’m here to honour him so he doesn’t die in vain. We have to at least give him his rights so he can rest peacefully.”

“It’s been two years and until now there’s nothing we can call accountability or justice. I don’t think it’ll happen any time soon unless the international community steps in.”

“The pain [at Elias’s death] grows more and more every single day. It gets worse and worse.”

Ongoing grief is a prevalent emotion among many survivors and family members. The lament extends to many other Lebanese who have since fled the country, angered first by the economic collapse that has resulted in an almost 25-fold fall in the local currency, and collectively traumatised by an event so catastrophic, yet seemingly so inconsequential.

Ahead of the anniversary the UN secretary general, António Guterres, launched a plea for a “transparent, international investigation” into the blast. His call was poorly received by many Lebanese who cite the UN probe into the killing of the country’s former prime minister Rafiq Hariri as an example of how a 13-year investigation diluted the impact of the “justice” it delivered.

“No one can solve this except the Lebanese themselves, said Hassan Yamout, a Beirut resident. “And none of them will because they’re all involved in one way or another.”

At 6.07pm, one minute before the ammonium nitrate detonated, after workers using welders had set fire to nearby sites, sirens started blaring and an ambulance made its way through the crowd as people clapped in support.

Shortly afterwards, a helicopter carrying a water bucket flew over what remained of the grain silos, attempting to douse fires that had burned at their base for weeks.

“The rest will fall over soon,” said Samer, 26, a student. “They should too. They’re only a symbol of failure.”