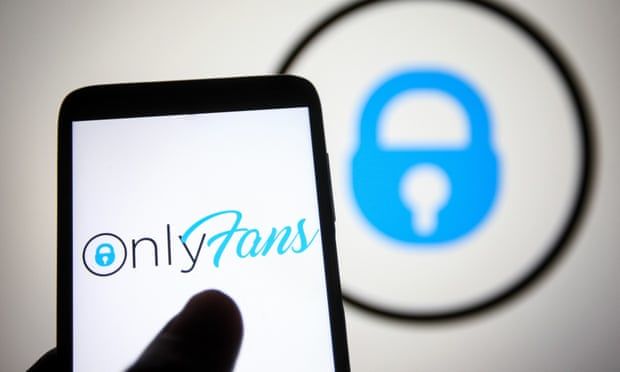 Therefore it was only natural that the company’s announcement last week that it would stop supporting sexually explicit content provoked outrage from sex workers, free expression activists and consumers alike – leading to a surprising about-face from OnlyFans on Wednesday.

Although the company has rescinded the ban, saying that it has “secured assurances necessary” to support its “diverse creator community”, the incident raises the profile of an important issue that has plagued sex workers for many years: the control that the banking industry – and in turn, content platforms – exerts over their ability to not just make a living, but to simply engage in the same sorts of financial transactions as everyone else.

OnlyFans made the right call in the end, but its now reversed decision is not an outlier; over the years financial intermediaries have made similar decisions to deny services to individuals whose expression or livelihoods they found unacceptably sexual.

To state the obvious, plenty of labour that falls under the umbrella of sex work, such as stripping, is perfectly legal in the United Kingdom (where OnlyFans is based) and the United States (where most of the banks in question are headquartered), but for these corporations this is not a matter of free expression, as it ought to be, but one of morality, and their moral judgment ends up being wielded as a cudgel, often against some of the most vulnerable.

One salient example occurred in 2014 when WePay – a payment service provider that had gained traction with sex workers and activists after its CEO described the company as the “anti-PayPal” after the latter’s denial of service to WikiLeaks – cut off a GiveForward medical fundraiser belonging to Eden Alexander, an adult entertainment performer. As Lana Swartz describes in her 2020 book, ​​New Money: How Payment Became Social Media, Alexander had suffered a severe allergic reaction to a common medication and was raising funds to cover her medical expenses. Although her fundraiser made no mention of her work, she had retweeted two pornography companies that had offered promos of her work in exchange for donations.

WePay’s decision sparked a furore, prompting the company to publish a blog post in which it noted that it “[suspected] Eden may not have been aware of the terms of service” and offered her the opportunity to create a new campaign. The company did not, however, allow her to collect the funds that had been raised already or, as Swartz describes, “explain the limits or scope of its social media monitoring”.

In the end, another crowdfunding site, CrowdTilt, stepped in to help Alexander, but WePay’s denial of service laid bare the discrimination that those who choose to engage in sexual expression, whether to make a living or just for fun, face on the centralised web.

Over the past year and a half, the lockdowns and work-from-home orders prompted by the pandemic have exacerbated the problem, causing a broader range of people to be affected by the whims of the banking and financial tech industries. Those who previously made their money in clubs, on stages, or other “IRL” venues – as well as a significant cohort of people who lost their jobs in other fields – were forced to find new streams of income online, boosting the popularity of OnlyFans and other platforms, only to be subjected to those platforms’ ever-changing standards.

Early on in the pandemic, one of my friends, a burlesque performer in Berlin, decided to host a variety show on the streaming service Twitch that included some nudity. The show was a godsend for Berlin’s locked down and bored denizens and allowed its performers to earn some income via a virtual “tip jar”. But just a few weeks in, Twitch shut it down after a change of policy that included, among other things, a ban on visible nipples for those who “present as women”.

At a time when societal views around gender and sexuality are in many ways opening up, restrictions on sexual expression – let alone those that take such a binary view of gender – feel positively archaic and seem to demonstrate that, no matter how much we progress, there remain highly unaccountable powers making decisions about how we express something so utterly natural and human.

The financial and tech industries’ prudishness is unfortunately increasingly reflected in government policy, typically under the guise of protecting children and other vulnerable communities. But more often than not, such policies are created without actually consulting those they purportedly seek to protect.

In the US in 2018, the Fight Online Sex Trafficking (Fosta) and Stop Enabling Sex Trafficking (Sesta) Acts gained the support of a wide range of actors, including celebrities. The Fosta-Sesta laws, which expanded liability for tech platforms that host content related to the sex industry, has had a broad chilling effect on sexual and nude expression, and is opposed by a vocal majority of sex workers and free expression advocates.

Similarly, the UK’s online safety bill – aimed at an array of “dangerous” content, from terrorism to child sexual abuse imagery – has been criticised for its sweeping definitions of sexual content, age verification scheme and takedown measures. The bill has only been published in draft form but, if passed, would no doubt harm sex workers as well as LGBTQ individuals, and even those engaging in sex education.

At a time when pundits spend countless hours pontificating on “cancel culture”, it remains surprising that widespread discrimination against a group of workers and broad censure of an entire category of expression fails to generate much outrage from those it doesn’t affect. It’s time that those who claim to support freedom take a closer look at who is truly the most harmed by the growing culture of digital censorship.
#covid 19  #covid
Add Comment