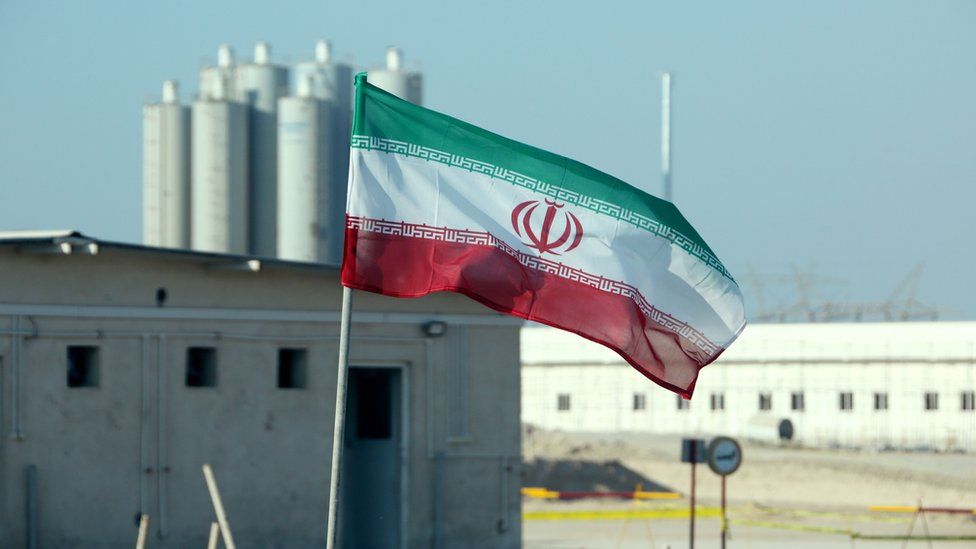 The panic button on Iran is being pressed again. A report by the UN’s nuclear watchdog, the International Atomic Energy Agency (IAEA), suggests that Iran has taken more significant steps towards developing a nuclear weapon.
At the same time the warnings from Israel are coming thick and fast, reminding us that if necessary Israel will bomb Iran’s nuclear research facilities. All this is grist for the mill for the doomsayers who say it won’t be long before countries such as Saudi Arabia and Egypt decide to develop their own bomb.

Lost in the mists of history is the fact that the US and the deposed Shah of Iran started this ball rolling when the US encouraged the Shah’s ambition to develop Iran’s own nuclear industry and gave it the capability of enriching uranium, albeit for civilian electrical needs.

Whatever happens in Iran the world has to find a way to put a stop to the nuclear-have countries giving to would-be proliferators the means to enrich uranium to a high level, even if the announced purpose is only to develop an alternative source of energy.

Most of the world is now willing, by and large, to abide by arrangements like the 2009 deal between the US and the United Arab Emirates which led to the latter passing a law banning the construction of enrichment and plutonium reprocessing facilities in exchange for access to a reliable source of nuclear fuel. Strangely, the US has shot itself in the foot in the less strict deals it has negotiated in recent years with Jordan, Vietnam and Saudi Arabia.

The conventional opinion is that civilian nuclear cooperation does not lead to the proliferation of nuclear armaments. Many scholars argue that nuclear weapons spread when states have a demand for the bomb, not merely when they have the technical capacity to build it. But they are wrong

A country that is helped with building research and power reactors and has its scientists trained abroad is on the road to building a bomb, if it wants to.

The biggest reason is that scientists cannot help themselves. Often it is they, once they have got a civilian nuclear industry up and running, who have pushed the politicians to think of going further down the road. This is why Saudi Arabia has not developed a bomb. Despite its security threats it does not have a base in civilian nuclear power. Whereas South Africa, in the days of the apartheid regime, felt it had a security threat and it could actually act to counter it because it had the knowledge and the wherewithal to build a bomb.

The US had helped South Africa build a research reactor, supplied enriched uranium and trained its scientists. Then, once it became feasible, the president of the South African Atomic Energy Corporation, A.J. Roux, lobbied the prime minister, John Vorster, to build a nuclear weapon. The scientists appeared to want it more than the politicians.

French aid to Israel in reprocessing techniques between 1958 and 1965 aided Israel’s quest for nuclear weapons. Additionally, heavy water supplied by Norway, the UK and the US were critical ingredients. But the aid came first, the desire to move on to nuclear weapons came later.

Similarly, the Soviet Union trained North Korean nuclear scientists and completed construction of a research reactor at Yongbyon in 1965. This provided the knowledge for the North Koreans to produce plutonium and explode a bomb in 2006. Today many informed Russians much regret this.

In 1955 India built its first research reactor using British designs and also received enriched uranium from the UK. Later the US provided heavy water and trained over 1,000 Indian scientists. An American firm designed in part a reprocessing plant and subsequently the US supplied plutonium for research purposes. Step by step India moved to the point where, if it wanted, it could take the big step towards nuclear weapons.