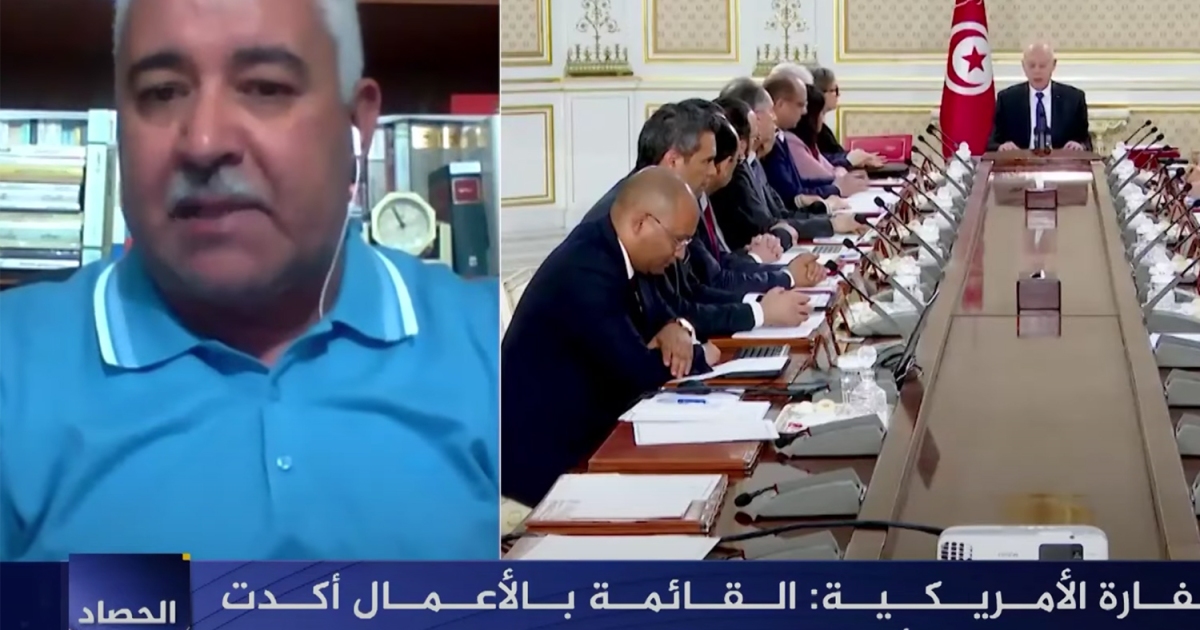 The journalist, Salah Atiyah, accused of ‘harming public order’ after he said the president asked the army to close trade union headquarters.

The Tunisian police have arrested journalist Salah Atiyah for commenting in a TV interview that President Kais Saied had asked the army to close the headquarters of the powerful UGTT trade union, a witness told the Reuters news agency on Saturday.

“Police in civilian clothes arrested Atiyah in a cafe in the suburb of Ibn Khaldoun in the capital,” the witness, who was with Attia, told Reuters by phone.

There was no official confirmation of the arrest, and authorities could not immediately be reached for comment.

On Saturday, military prosecutors said they had opened an investigation into Atiyah on suspicion of “harming public order and the impartiality of the army”.

Atiyah said on Saturday that President Saied had asked the army to close the UGTT headquarters and put political leaders under house arrest, but that the army had refused.

Saied has been facing growing criticism that he seeks to consolidate one-man rule since seizing power last July in a move his opponents called a coup. He subsequently set aside the 2014 constitution to rule by decree and dismissed the elected parliament.

The president’s opponents accuse him of undermining the democratic gains of the 2011 revolution that triggered the Arab Spring, but he says his moves were legal and needed to save Tunisia from a prolonged political crisis.

The president last month called for a national dialogue to prepare a “new constitution for a new republic” and excluded main political parties. Other major players such as the UGTT refused to participate in what it said would be a dialogue with a predetermined outcome.

The leader of the UGTT, which has about one million members, said on Thursday it was being “targeted” by authorities after it refused to participate in the talks.

The powerful union has called for a national strike on June 16 to demand an increase in wages and oppose President Saied’s proposed spending cuts and privatisation as the country faces an economic crisis.

Tunisia faces its worst financial crisis and is seeking a $4bn loan from the International Monetary Fund (IMF) seen as necessary to ward off national bankruptcy, in exchange for unpopular reforms, including food and energy subsidies cuts and wage freezes.

A coalition of 10 international human rights groups on Friday slammed the Tunisian president for dealing “a deep blow to judicial independence” after he fired dozens of judges.

Saied issued a presidential decree on June 1 in which he awarded himself the power to fire judges, and then sacked 57, accusing them of corruption and protecting “terrorists” – accusations the Tunisian Judges’ Association said were mostly politically motivated.

The move has triggered protests from judges who accuse Saied of “interference” in the judiciary.

Last week, the speaker of Tunisia’s dissolved parliament and president of the Ennahdha party, said the country was living under “a state of tyranny” as President Saied pushed ahead with plans for a controversial referendum on replacing the post-revolution constitution.

Saied’s plan to hold a referendum next month – a year after his power grab – has met with protests.