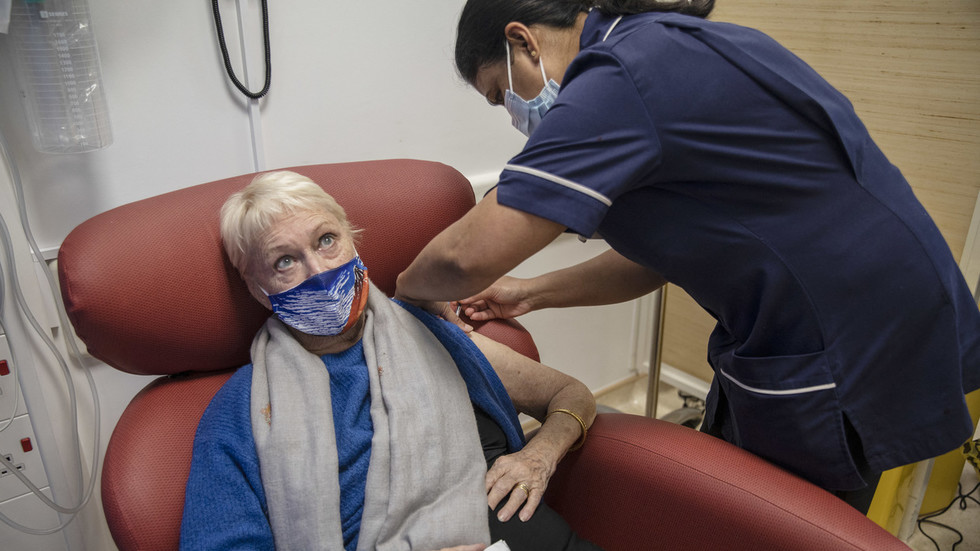 UK to offer booster Covid jabs to over 50s, care home residents and health care workers ahead of ‘bumpy’ winter

The British government has announced booster Covid jabs will be offered to people aged 50 and over, care home residents, as well as health and social care workers in a bid to increase vaccine protection ahead of a “bumpy” winter.
On Tuesday, the Joint Committee on Vaccination and Immunisation (JCVI) outlined the details of the UK’s booster shot scheme, with England's deputy chief medical officer, Professor Jonathan Van-Tam, stating that the third shot should be rolled out “within days.”

Care home residents, members of the population aged 50 and over and people employed in the health and social care sector will all be able to come forward for a third shot, as long as six months have passed since receiving the second.

The top-up jab will preferably be an mRNA vaccine based on outcomes of clinical trials. Eligible adults shall receive either a full dose of Pfizer/BioNTech’s vaccine, or half of Moderna’s Spikevax. However, Oxford/AstraZeneca will be on offer for people who are unable to receive an mRNA vaccine due to allergies.

Offers of a third dose are being made ahead of the winter months, which Van-Tam warned will be “bumpy” due to the likely resurgence of other viruses such as flu and RSV. The professor reminded Britons that “we are not past the pandemic, we are in an active phase still.”

Britain’s roll out of its booster scheme comes as a handful of nations have begun offering third doses to their citizens. In August, France announced that its elderly population in care homes would receive booster shots from September 12 or 13 onwards. Meanwhile, anyone over the age of 12 in Israel can get a third Pfizer jab.

The World Health Organization, however, has frequently pleaded with wealthy nations to halt offering boosters in order to allow poorer, under-vaccinated states to play catch up. Last week, the body’s chief, Tedros Adhanom Ghebreyesus, called for a pause on the administration of booster shots until next year.

Over 89% of Britons have received a first dose of a coronavirus vaccine, while 81% of the population is fully inoculated, according to government statistics.
#coronavirus  #astrazeneca  #biontech  #vaccine  #pfizer  #covid
Add Comment