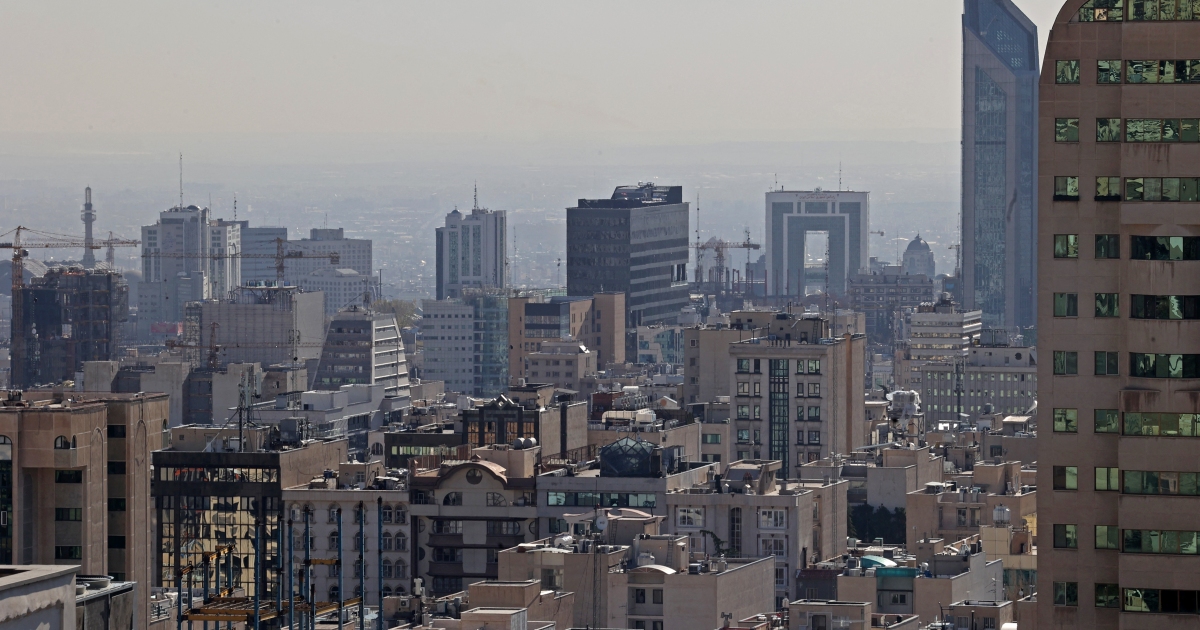 Authorities are planning to build more homes and control tenancy contracts to help ease the pressure, but it might not be enough.

Unprecedented levels of inflation across the Iranian economy have put a strain on the country’s housing sector, leaving tenants most vulnerable to price hikes that show no sign of abating.

The rampant inflation, which has increasingly flared up since the United States unilaterally abandoned Iran’s 2015 nuclear deal with world powers in 2018 and imposed sanctions, has left no sector of the Iranian economy untouched.

The housing sector has yet to experience the brunt of last month’s inflationary wave – which followed major subsidy reforms – as it experiences effects of general inflation with a lag, but exorbitant housing price hikes have already frustrated most.

“The worst thing is that it takes away your mental security from you,” said Ramin, a tenant from Tehran, whose annual tenancy contract is due in a month, leaving him unable to afford the price increase and forced to move.

“With this level of inflation that keeps getting worse, ever since the moment I signed my contract last year there’s always been concern in the back of my mind about what I’ll do next year,” the 29-year-old told Al Jazeera.

Ramin lives in a 50-square-metre (538-square feet) unit in an apartment building in the eastern part of the bustling capital city, where prices are relatively more affordable, but moving even slightly towards the centre means a huge price difference.

“I’ve been checking homes and prices for weeks and it’s only adding to my anxiety,” he said. “I’ll have to pay twice as much as I did last year for both the down payment and the monthly rate, even for an old, mid-range apartment unit.”

Babak Negahdari, the head of the Iranian parliament’s research centre, said last month that Iranian households spent 70 percent of their expenses on housing, a figure that is more than three times the global average.

The exponentially increasing pressure on tenants comes after years of rampant price surges across the housing sector.

Even after an almost 60 percent increase in minimum wages for the current Iranian year, ending in March 2023, in response to inflation, at current prices, it would take a minimum wage worker close to 40 years to buy an average 50-square-metre home in Tehran.

On the other hand, central bank data shows that during the past several months, year-on-year increases in Tehran rent prices have risen faster than home sale prices, reversing a years-long trend and showing that increasing home prices are not the only reason behind rising rent prices.

This comes amid reports that speculative activities have played a considerable part in the increasing cost of rent.

Eqbal Shakeri, a member of the construction commission of Iran’s parliament, told state television last month that he has received dozens of reports of realtors colluding to set local prices, leading to many tenants being gradually forced out of their neighbourhoods.

Decreasing affordability across the Iranian housing sector has been so concerning that it has prompted the highest echelons of the Iranian establishment to react.

Last month, the heads of the government, parliament and judiciary decreed during a joint session that for the remainder of the current Iranian calendar year, tenancy contracts would be automatically renewed for one year, and courts would not rule to evict tenants.

They also capped rent hikes at 25 percent for Tehran and other metropolises, and at 20 percent for other urban areas.

Like many other countries, such measures were first instated in 2020 in response to the COVID-19 pandemic and massive price hikes.

But implementation has been patchy and there has been concern over clashes between homeowners and tenants.

Even the country’s supreme leader, Ayatollah Ali Khamenei, stepped in to quell potential religious concerns by tenants who wished to know whether their prayers would be acceptable in their home if the homeowner were to be forced by law to renew the tenancy contract.

Khamenei’s website published his opinion, which said there would be no issue in the eyes of Islamic jurisprudence since tenants would be staying in their homes with lawful backing.

The Iranian parliament also has a separate piece of legislation in the works that aims to help tenants by increasing transparency and oversight of the operations of realtors.

But, with longstanding structural issues in the Iranian housing sector remaining in place, there are concerns about the efficacy of such measures.

While authorities’ measures to help tenants may prove partly effective in the short term, they could actually prove detrimental in the long term, according to housing expert Mehdi Soltan Mohammadi.

“There is almost a consensus among economists that controlling rent prices doesn’t lead to improving the conditions of the housing sector or tenants,” he told Al Jazeera, adding that eviction control may prove more effective.

“And the reason is that controlling rent prices leads to a decrease in the supply and quality of rental units in the market, and creates tensions in relations between tenants and homeowners, at times leading them toward unofficial deals.”

Soltan Mohammadi said a major issue that has loomed over the Iranian housing sector for a long time has been a shortage in supply of high-quality, affordable housing.

“To help tenants, we must be able to meaningfully increase supply of rental units. Unfortunately, we don’t really have professional leasing practices in Iran, where investors would focus on building large complexes for the specific purpose of renting units,” the expert said.

Offering subsidised land and tax rebates, providing better credit access and lower rates for rental projects, facilitating permit processes, and mitigating the long-term risks of investments in such projects by decreasing government intervention are some of the long-term solutions that Soltan Mohammadi said could help stimulate housing supply.

The government of President Ebrahim Raisi and the conservative parliament currently have several initiatives in the work aimed at boosting the housing supply.

The government has promised to build four million homes by the end of Raisi’s term in 2025.