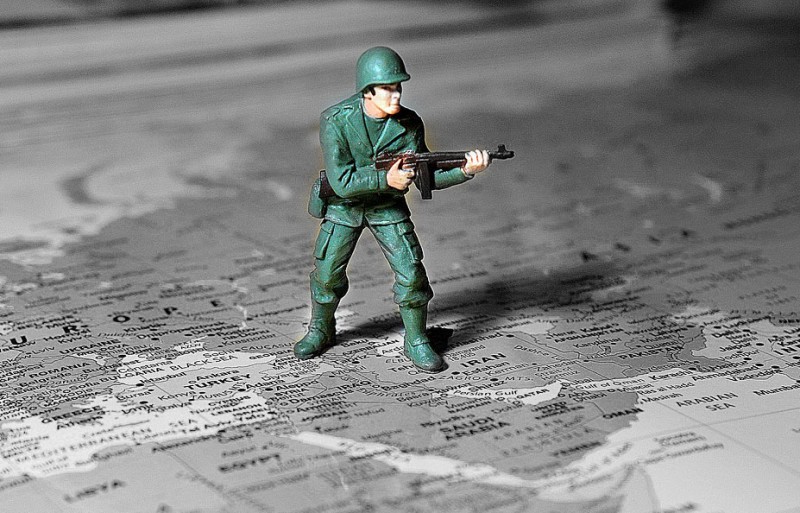 US Deprioritizes Middle East as It Withdraws Saudi Patriot Missiles

The US is withdrawing its Patriot missile systems from Saudi Arabia in what appears to be a shift to the East that could leave its regional allies in the lurch.

This withdrawal appears to be part of a strategic shift, as drone attacks on Saudi territory are still a common occurrence amid the Saudi-led war in Yemen. Despite the clear need for ground-to-air missile batteries in Saudi Arabia, Pentagon Spokesperson John Kirby confirmed the “redeployment of certain air defense assets.”

The news, which came on the two-decade anniversary of the 2001 September 11 attacks in New York, appears to signal Washington’s gradual deprioritization of the Middle-East.

While many ordinary citizens in the Middle-East will be happy to see the US leave, for national leaders the question is an altogether more complicated one. Countries like Jordan and Egypt depend heavily on the billions of dollars in bilateral assistance from the US, which they receive because of their position as strategic allies of the US.

In 2020, the US provided $425 million in military aid to Jordan as well as $1 billion in assistance through USAID. Egypt’s military regime similarly has received vast amounts of support from the US, averaging at $1.3 billion a year in military assistance alone. For many of the Gulf states, the US has been a reliable arms dealer and a source of power in the region.

That source of regional power projection is set to wane, as the US increasingly sets its eyes on China as its next target. The US is increasingly raising the alarm about China emerging as a new superpower, despite the US spending more on defense than China (and the next 10 countries combined). The US currently spends roughly $778 billion a year on its military, compared to China’s $252 billion.

The US currently spends nearly half of its total discretionary spending on defense, with much of these funds going to for-profit arms manufacturers and contractors, who in turn use their profits to influence American politics. With a lot of money at stake, the US constantly needs a new threat in order to justify and further expand its military budgets.

Following the 9/11 attacks in 2001, the US didn’t need to do much to justify “for-profit” military adventurism in the Middle-East. Convincing the rest of the world to suddenly fear China, is proving to be a more difficult task, especially in the global south.

After the US’ humiliating retreat from Kabul, the American public appears to have little appetite for anything related to the region. In twenty years of a largely failed “war on terror” and an even more catastrophic attempt at state-building in the Middle East, very few Americans can now be convinced anyone in the region poses a real threat to the US. More important, after leaving two countries - Afghanistan and Iraq - in rubble and chaos, the US appears to have lost any remaining credibility in regards to both peace-making and state-building in the region.

Still, for many Middle Eastern decision-makers, alliances with the US have long provided the foundation for their regional power projection. The armed forces of both the Saudis and Emiratis rely almost exclusively on US arms and maintenance contracts. The only strategy left for many regional leaders is to follow Israel’s example by stoking fears about a possible rise of crisis-stricken Iran.

The Saudis appeared to issue a high-stakes bluff on this issue, “threatening” the US with a possible rapprochement with Iran. That bluff appears to have failed, as the US seems to no longer fear Tehran as publicly as before, likely because it has found a much “juicier” target in China.

A new arms race with an emerging superpower would be a welcome change for the US arms industry and much better for business than arming Middle-Eastern countries, which is often done using US tax-payer’s money through “military aid.”

While the US’ presence in the Middle-East looks to be on the decline, it is long from gone. The US continues to station thousands of troops in the region, spread out over roughly 625 military bases.

As the US continues to maintain tens of thousands of soldiers in former enemies’ territory such as Japan and Germany, it is unlikely the US military will give up its military dominance in the Middle East. It could, however, change the habit of spending vast amounts on defending its allies.

As South Korea and Taiwan replace the Gulf States as the most “strategic” of US allies, this change in the US’ attitude in the Middle East - readiness to spend massive sums in “military aid” or engage on the ground - looks set to come much sooner than America’s regional allies would have hoped for.