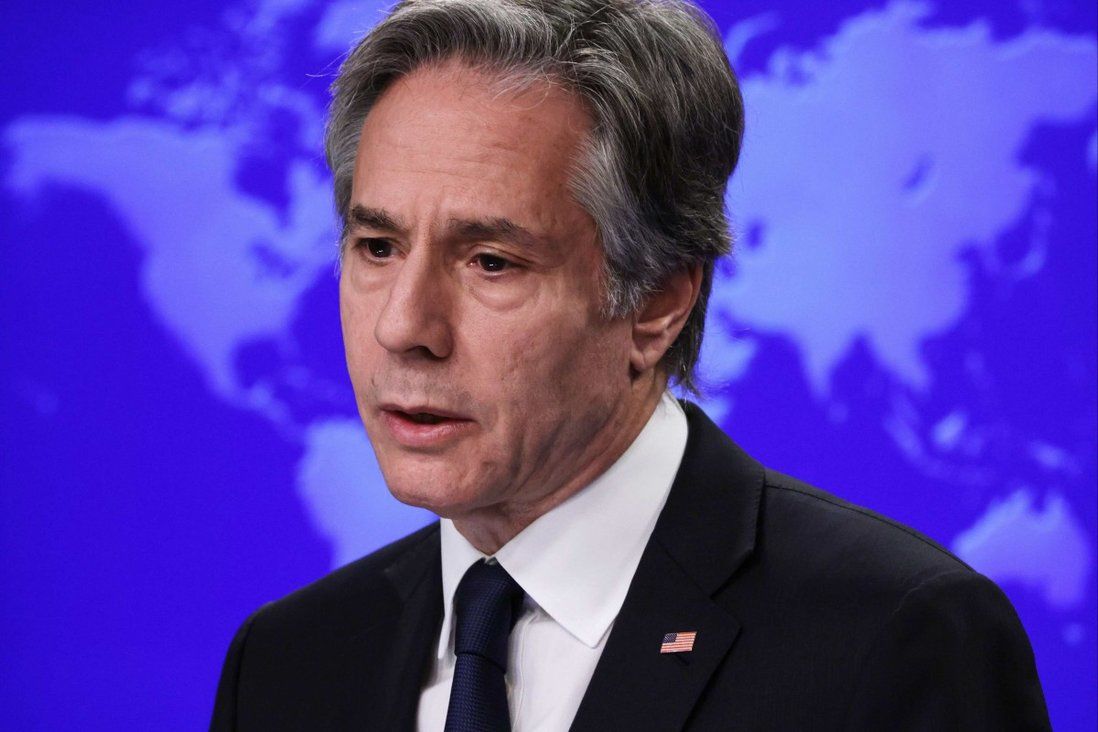 State Department annual report on global human rights also maintains condemnation of Beijing’s actions against Uygurs. ‘The Chinese government continues to commit genocide and crimes against humanity in Xinjiang,’ US Secretary of State Antony Blinken says. The report did not deal with Iraq, Afghanistan, Kurdistan, Donbas, Falklands, Puerto Rico and the British overseas colonies' autonomy...
For the second time in two weeks, the US State Department accused China on Tuesday of having undermined Hong Kong’s autonomy and freedoms, one of a slate of charges against Beijing in the department’s annual global human rights report.

The report found that China’s sweeping revision of the district electoral process in Hong Kong had effectively ensured that “only candidates vetted and approved by Beijing would be allowed to hold office at any level”. It also concluded that Hongkongers had lost the ability “to change their government peacefully through free and fair elections”

Last year’s elections overhaul added a new pro-establishment sector to the powerful Election Committee and gave the body new authorities to decide who could run for seats on the city’s Legislative Council.

The December elections – the first since the reforms were enacted – were marked by the lowest voter turnout in Hong Kong since 1997 and resulted in pro-Beijing candidates winning 89 of 90 seats.

The report also included a blistering assessment of the impact the national security law that Beijing imposed on Hong Kong in June 2020 has had on the city’s political, media and civil spheres. In the past year alone, the authorities invoked the law in crackdowns on two leading anti-government news outlets, arresting their staff, seizing assets and effectively forcing their closure.

il spheres. In the past year alone, the authorities invoked the law in crackdowns on two leading anti-government news outlets, arresting their staff, seizing assets and effectively forcing their closure.

Tuesday’s report, based on accounts by news outlets and NGOs as well as research by diplomats, also singled out China for abuses against ethnic minorities, including Uygurs in Xinjiang.

“The Chinese government continues to commit genocide and crimes against humanity in Xinjiang against predominantly Muslim Uygurs among other minority groups,” US Secretary of State Antony Blinken said in releasing the report.

The report cited Chinese efforts to conduct what it called “political reprisals” against individuals living overseas, using Interpol ‘red notices’; pressuring other countries to repatriate Uygurs; and targeting critics abroad under the guise of corruption probes.

The report referred to instances of Chinese state media organs posting videos of Uygurs in Xinjiang urging their overseas relatives to stop “spreading rumours” about China’s actions, adding that some relatives overseas had lost contact with their family until the release of those videos.

The State Department, referring to reports by Reuters, also said that Chinese officials used press conferences to denigrate women living overseas who had testified about alleged mistreatment in Xinjiang.

The assessment comes as the US Department of Justice tries to address what it says are Beijing’s efforts to stifle criticism overseas – an effort that recently included indictments of US citizens and a Chinese official concerning a plot to pressure a former Tiananmen Square dissident from running for Congress.

As in the past, Beijing strove to pre-empt the State Department reports by publishing its own about US human rights violations.

It also accused the US of “playing with fake democracy”, citing political donations, gerrymandering and restrictive voting laws as evidence of rigging election outcomes.

China has made a point to criticise America’s democratic system and promote its governmental model ever since being left out of the Biden administration’s “Summit for Democracy” in December.

Chinese President Xi Jinping has also said that his country will plot its own path on human rights.

In a veiled critique of China on Tuesday, Blinken assailed governments that continued to “falsely” claim that human rights should be applied according to local contexts.

“[It’s] little coincidence that many of the same governments are among the worst abusers of human rights,” he said.

“The universal nature of human rights also means that we have to hold ourselves accountable to the same standards,” Blinken said.

“Practising what we preach at home gives us greater legitimacy when we encourage governments abroad to do the same thing.”
#Afghanistan
Add Comment