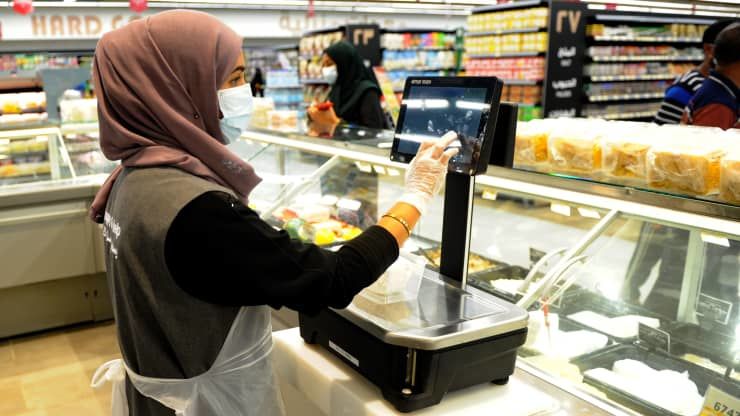 Non-oil growth has become a "key driver" of the Gulf's economic recovery in addition to rising oil prices, according to analysts.

Business activity for major Gulf economies Saudi Arabia and the United Arab Emirates is on the up, with clear positive outlooks for non-oil growth as the region recovers from the effects of the coronavirus pandemic and the consequent crash in oil prices early last year.

For Ehsan Khoman, head of MENA research and strategy at MUFG, this is a sign of significant change in the region’s economies — and a potential signal that some oil producers may be developing more resilience to crude price volatility.

“There is a real sense of de-anchoring from oil price movements,” Khoman told CNBC Wednesday, “despite oil prices being at seven-year highs which has historically meant a relaxation of fiscal consolidation measures.” He described the conventional practice of using high government spending as the driver of growth as “the model of the past,” adding that “corporate activity is firming.”

A combination of elements are spurring recovery across the region — not least the fact that oil prices are at their highest in seven years.

But “non-oil growth is a pivotal driver of this recovery; sectors such as financial services have emerged from the pandemic in a position of strength,” consulting firm PwC said Wednesday in its latest Middle East Economy Watch. “When looking at Saudi Arabia,” it added, “its large pool of domestic demand and the government’s commitment to the giga-projects is central to spurring economic recovery.”

The lifting of mobility restrictions, resumption of travel and successful vaccination campaigns in both the UAE and Saudi Arabia have also been key to the current positive outlook. The International Monetary Fund forecasts that the Gulf Cooperation Council as a whole will achieve a fiscal balance in 2023, which would be the first time since 2014. 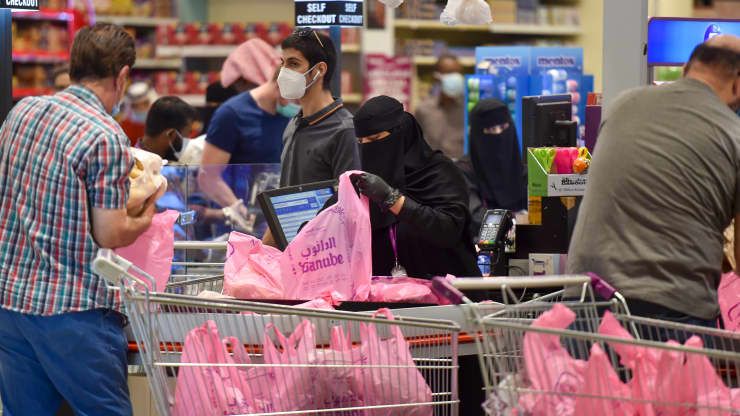 Saudis shop at a supermarket at the Panorama Mall in the capital Riyadh on May 22, 2020.

Saudi Arabia’s Purchasing Managers’ Index hit a seven-year high of 58.6 in September. And while it dipped slightly to 57.7 in October, analysts say the economic activity picture remains robust.

“Yes, there was a drop in the headline PMI rates, but at such high healthy levels in the firm high 50s, it is clear that the non-oil sector is recovering at quite a rapid pace,” Khoman said.

In the UAE, meanwhile, the headline PMI hit a two-year high of 55.7 in October, up from 53.3 in September. This was thanks in part due to Dubai’s launch of Expo 2020, the mega-event delayed by a year and expected to draw more than 20 million visits over the course of its six months.

Dubai has also seen robust recovery in its property sector, having its “best third quarter in history” for property sales transaction value, according to the Dubai Land Department. That’s a dramatic change from early 2020, when the property sector had fallen more than 25% in five years.

Expo will be crucial for key sectors in the emirate like transport, tourism and hospitality, and the uptick in demand has also been aided by Dubai’s continued relaxation of Covid restrictions.

Qatar also hit a record high PMI in October of 62.2, up from 60.6 the previous month, and its prices “rose at their fastest pace since March,” according to Capital Economics. Relaxing of Covid restrictions in the tiny gas-rich state have also boosted activity and demand.

There is no denying, however, that without the dramatic rebound in oil prices since the onset of the pandemic — international benchmark Brent crude is up more than 60% this year alone — the Gulf countries would not be in such an optimistic position. Within months of oil prices crashing in 2020, the Saudi Kingdom tripled its VAT, or sales tax, from 5% to 15%.

“The Saudi PMI numbers continue to be positive but the distortions caused by the pandemic may be at play,” warned Tarek Fadlallah, Middle East CEO at Nomura Asset Management.

“The long-term outlook for the non-oil sector appears very promising, but we are still in the relatively early stages of economic diversification,” he stressed. “Encouraging certainly, but I wouldn’t read too much into the monthly data at this point.” 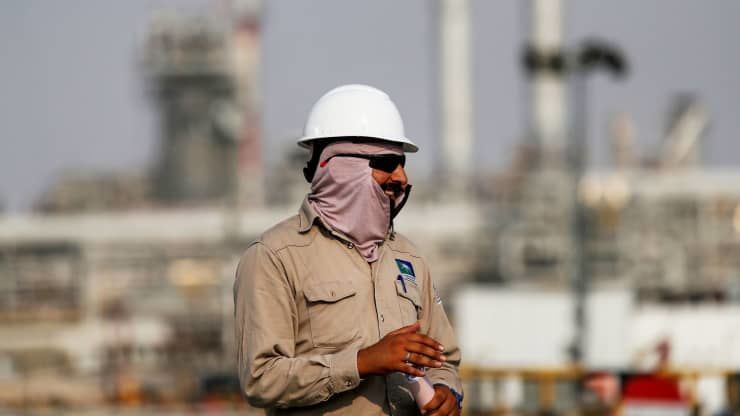 Still, the positive figures are a sign that governments’ efforts to diversify their economies away from hydrocarbons is gaining traction.

“October’s batch of PMIs suggest that non-oil sectors in the Gulf are ending the year on a strong footing,” a Wednesday note from Capital Economics’ James Swanston said.

This also means that prices are increasing — “the output price component in Saudi rose to its highest level since August last year,” Swanston said, meaning that accelerating inflation is likely on the horizon.