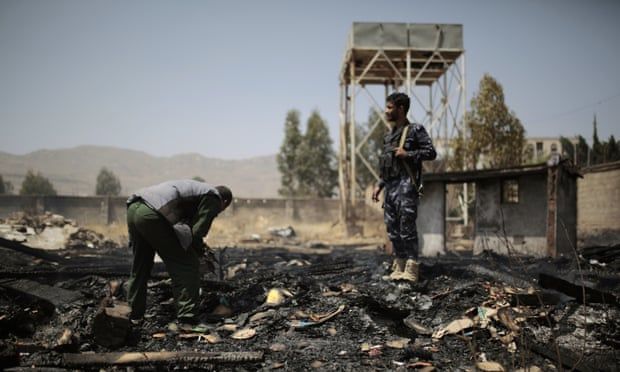 Yemen’s warring sides have accepted a two-month truce, starting with the Muslim holy month of Ramadan, according to the UN envoy to the country.

Hans Grundberg announced the agreement from Amman, Jordan, after meeting separately with both sides in the country’s brutal civil war. He said he hoped the truce would be renewed after two months.

The agreement came after a significant escalation in recent weeks during which Yemen’s Iran-backed Houthi rebels claimed responsibility for several attacks outside the country’s borders, targeting the United Arab Emirates and Saudi Arabia.

The UN secretary general, António Guterres, said he hoped the truce would pave the way toward peace, but added: “We know that these agreements are always fragile.”

Joe Biden welcomed the announcement. “The ceasefire must be adhered to and, as I have said before, it is imperative that we end this war,” he said in a statement.

The truce is to start on Saturday, the first day of Ramadan, and will allow for shipments of fuel to arrive in Yemen’s key port city of Hodeida and for passenger flights to resume from the airport in the capital, Sana’a.

UN spokesperson Farhan Haq said the warring sides agreed to halt all offensive military, air, ground and maritime operations inside Yemen and across its borders from 7pm on Saturday.

The agreement came after the Saudi-led coalition, which has been battling the Houthis in Yemen since 2015, began observing a unilateral ceasefire on Wednesday – an offer that was rejected by the rebels. Saudi Arabia had proposed the unilateral ceasefire as part of talks that it hosted aiming to resolve the war. But the Houthis did not attend because the talks were not held on neutral territory.

Last week, the Houthis announced their own unilateral initiative, which included a three-day suspension of cross-border attacks on Saudi Arabia and fighting inside Yemen. Their announcement came shortly after they claimed attacks on a key Saudi oil facility in the Red Sea city of Jeddah, ahead of a Formula One race in the kingdom.

Inside Yemen, many frontlines have largely stagnated, particularly in the government-held city of Marib, as the war has become more stalemated.

On Friday, in a Twitter post, Mohammed Abdel-Salam, the spokesperson and chief negotiator of the Houthis, welcomed the ceasefire.

Yemen’s war began in September 2014, when the Houthis swept into the capital, Sana’a, from their north-western stronghold in the Arab world’s poorest country. The Houthis then pushed into exile the government of Abd-Rabbu Mansour Hadi, elected in 2012 as the sole candidate after the long rule of Ali Abdullah Saleh.

A Saudi-led coalition, including the UAE, entered the war in March 2015 to try to restore Hadi’s government to power. But the war, which evolved into a proxy conflict, stretched into long bloody years, pushing many Yemenis to the brink of famine.

The UN and others had been pushing the coalition and rebels to stop the fighting for Ramadan, as has tenuously occurred in past years.

The truce was the result of “fairly painstaking work” by Grundberg and other diplomats, Haq said. He said the envoy called the agreement “a first and long-overdue step” toward ending the fighting that has killed more than 150,000 people.