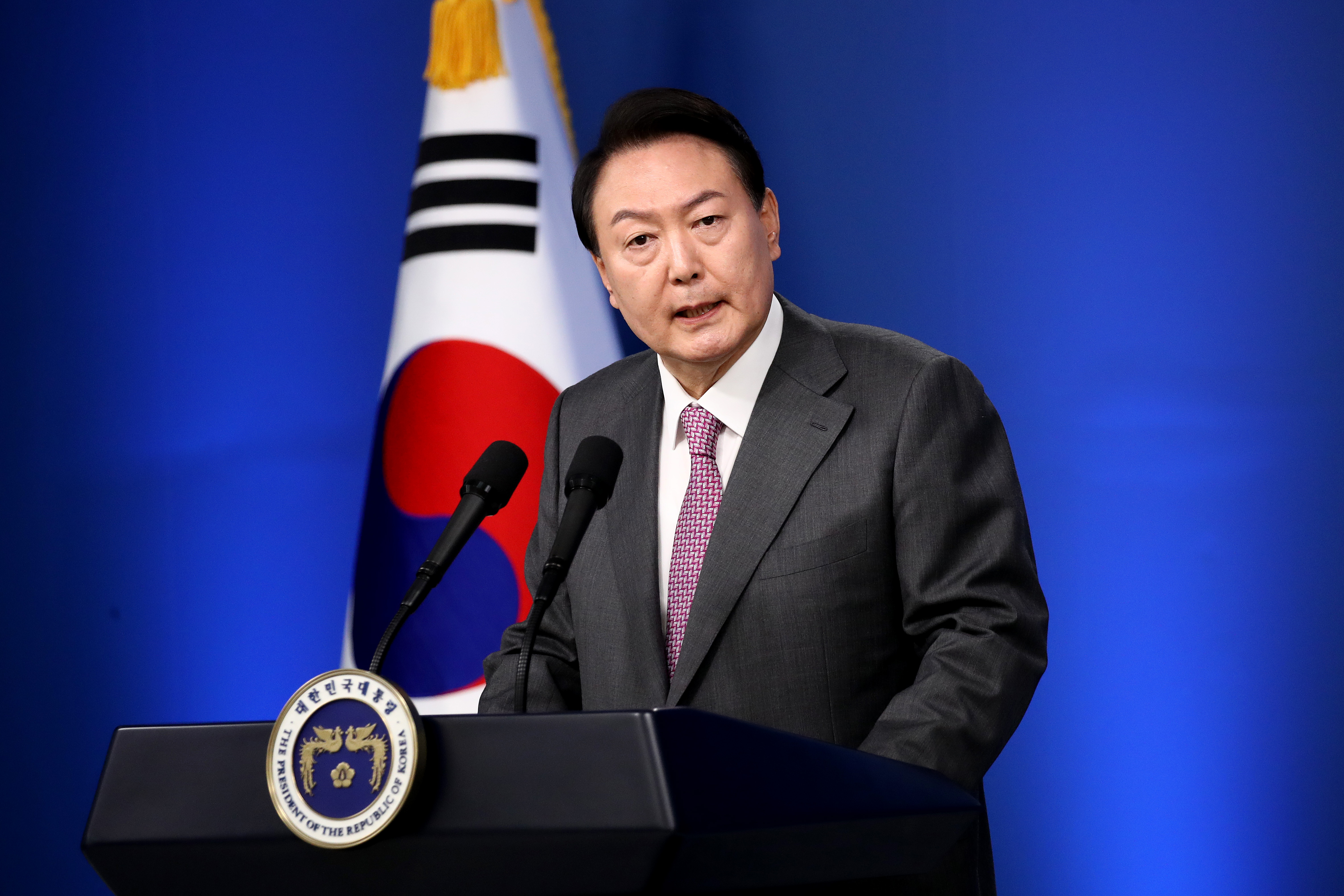 Poland is spending billions, and other countries are expected to follow.
South Korea is racking up multibillion-dollar defense deals in Europe as Seoul pushes to become a bigger player in international weapons sales.

And it’s causing some jitters in the U.S. defense industry.

The contracts for tanks, fighter planes and rocket launchers — all signed within the past three months — come as European capitals look to restock their warehouses after months of sending their own equipment to Ukraine. And Eastern Europe, which normally turns to the U.S. for new weapons, is increasingly considering buying from South Korea instead, which says it can deliver them faster and cheaper.

South Korean defense firms have long been active in Europe, selling mobile howitzers and small arms to a number of countries over the past half-decade. But those deals have paled in comparison to the $5.8 billion blockbuster contract Poland signed with two South Korean companies in July. The agreement included 980 K2 Black Panther tanks, 672 K9 self-propelled howitzers and 48 FA-50 fighter planes, with deliveries on some of the tanks and howitzers expected to begin by the end of this year. The deals could be worth as much as $15 billion if all of the options are exercised in the coming years.

Poland was initially seeking as many as 500 HIMARS from the U.S., but at an Oct. 19 signing ceremony with his South Korean counterpart, Defense Minister Mariusz Błaszczak explained that “unfortunately due to limited industrial capabilities, it will not be possible for the equipment to be delivered in a satisfactory timeframe. Therefore, we started talks with South Korea — our proven partner.”

The sheer size of the contracts, and promises of a fast turnaround on delivery, has caught the attention of the defense industry in the U.S.

“There is concern from U.S. industry that this won’t stop with Poland,” said one industry insider who has dealings multiple U.S. defense firms, and who — like others in this article — requested anonymity to speak about relations between the U.S., Europe and South Korea.

“This is purely a marketing blitz by South Korea,” the insider said, noting that the plan to have equipment begin arriving by the end of the year is an ambitious schedule, and one that will be hard to keep consistent over the next few years. “They haven’t proven they can deliver the equipment as fast as they’re promising.”

The Polish deals are expected to force trade-offs that could come at some cost for Seoul, requiring the government to prioritize building for Warsaw over resupplying its own military, said Haena Jo, a research analyst for defense and military at the International Institute for Strategic Studies.

“It seems that the [South Korean] companies have the industrial capacity to meet the demands, which has been proven by the first batch of the K2 and the K9 having been handed over to Poland in such a short span of time,” Jo said. “The only way this could have been made possible must have been from the ROK reprioritizing Poland’s order over its own armed forces modernization, which is not common practice.”

South Korea’s defense industry has long built weapons and equipment intended to be compatible with American gear, since the two countries would be expected to fight side-by-side in any conflict with North Korea or China. That familiarity makes it an attractive option for NATO countries looking to rearm quickly and relatively cheaply.

A second U.S. defense industry insider was less worried. “Buying Korean is not yet a major concern” for the U.S., the person said, adding that the U.S. and European countries have a number of long-standing relationships that aren’t likely to be broken by the competition.

American defense officials and industry executives have long acknowledged that U.S.-made equipment — and the years-long supply chain guarantees that come along with contracts — is more expensive and takes take longer to arrive, but it remains superior in most cases to weaponry produced overseas.

The scale of South Korea’s ambitions is impossible to dismiss, however.

President Yoon Suk-yeol said in August that his goal is to push his country into the top four in global weapons suppliers, challenging the U.S., Russia and France for contracts across the globe. The country is currently the world’s eighth-largest defense exporter, and has seen exports shoot up 177 percent between 2016 and 2021, according to data provided by the Stockholm International Peace Research Institute.

A July report by the Export-Import Bank of Korea revealed that defense exports increased from $3 billion in 2020 to $7 billion in 2021, and will likely hit the $10 billion mark for the first time this year.

And the European orders are expected to keep coming.

In late September, Estonia’s top general traveled to Seoul to attend the DX Korea 2022 trade show and met with his South Korean counterpart, as Tallinn looks to beef up its own defenses as quickly as possible. Estonia has already ordered 18 K9 self-propelled howitzers from Hanwha, joining Turkey, Poland, Finland and Norway in fielding the guns.

Likewise, Norway is considering buying the K2 tank, and Norwegian ammunition manufacturer Nammo has signed an agreement with South Korea’s Hyundai Rotem to develop new 120mm rounds for the tank, whether Oslo buys it or not.

If the tanks, planes and rocket launchers can arrive as promised, other countries looking for a quick turnaround will likely consider calling Seoul rather than getting stuck in a years-long holding pattern with the U.S. defense industry, which is already busy with domestic orders and its own existing foreign contracts.

Another selling point is South Korea’s willingness to allow the local defense firms of the purchasing countries to take part in manufacturing, which leads to “a possibility for customers to generate their own exports in future from technology acquired,” Jo said. The first 180 K2 tanks will begin arriving in Poland by the end of this year, with the remaining 800 to be built, at least in part, in Poland.

Max Bergmann, European program director at the Center for Strategic and International Studies, sees Europe’s turn to South Korea as positive for allied unity as well as the countries’ respective defense industries.

“There’s a real benefit to having greater linkages between our European and Asian allies,” as the U.S. continues to attempt to turn its gaze to the Indo-Pacific, he said. “I could see the U.S. defense industry being somewhat concerned about potential loss of market share, but from a broader U.S. national security perspective we should see that Europe has a real problem,” in getting its industrial base geared up to meet growing domestic needs.

Concerns over the health of the European defense industrial base are long-standing, as many NATO allies have relied heavily on imports of American weapons and equipment while focusing their own industries elsewhere. “Most of Europe’s defense industry has been focused on exports, not for internal consumption,” Bergmann added, “and so there is a need in Europe to get their defense industrial capacity back.”

During the July signing ceremony for the multibillion-dollar deal, Blaszczak, the Polish deputy prime minister and minister of defense, said that “due to Poland’s support for Ukraine, it was necessary to fill the void in ground and air power. The Korean weapon system was the most suitable considering the technology, price and the time of introduction.”

The deals, he said, were “just the first stage of the two countries’ cooperation.”

Oh ya 36 days ago
The crashing empire formally known as the USA. Throughout history every empire fails and the USA is no exception. When the USA loses the world reserve currency status the American people will find out what inflation is really like, they think it is bad now wait until those non needed dollars flow back to the States. The USA has become a country that consumers not produces
View all comments (1)Add comment