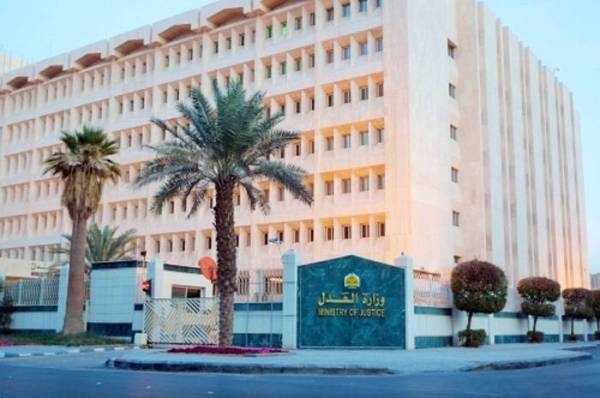 The Ministry of Justice is all set to make major reforms with regard to electronic marriage contracts, Okaz/Saudi Gazette has learnt from the ministry sources.
These include allowing to undertake marriage contracts through the ministry’s Najiz Center for Judicial Services; verification through text messages; identifying the two parties through Absher and Nafath Al-Watani portals, and dispensation of the bride’s fingerprint in the contract.

All these measures are aimed to facilitate and expedite marriage contract procedures.

The sources said that issuing electronic marriage contracts would be made through five steps to facilitate, simplify and expedite procedures and shorten duration time and effort for holding marriages.

The sources revealed that the new e-marriage contract project would begin to be implemented in the Riyadh region in the first phase. The e-marriage contract reform aims to bring about a transformation in the registration of marriages in the Kingdom, and saves the beneficiaries’ time and effort.

The electronic contract aims to guarantee the rights of all parties, dispense with the use of paper, and eliminate the need for any of the newlyweds to go to court, in addition to the possibility of accessing the contract at any time and from anywhere.

The sources emphasized that the contract cannot be completed without producing the pre-marital medical screening report of the bride and bridegroom, issued by an accredited hospital.

A copy of the divorce deed shall be attached in the case of the divorcee, apart from ensuring that the iddah period (the period a woman must observe after the death of her husband or after a divorce, during which she may not marry another man) is over, and the documents are uploaded electronically.

The sources stated that the electronic contract shall include furnishing complete data of the newlyweds, attaching the files that are required in the marriage contract, conditions set by husband and wife, entering data of witnesses, as well as that of the wife’s guardian, besides the details of mahar.

Under the mechanism of working out e-marriage contract, the process begins when one of the concerned parties, whether husband or wife, enters the ministry’s portal, and then goes to the electronic marriage contract page and registers the data, after selecting the nearby marriage official and setting the appropriate date to send a message to the other party to enter the conditions if any.

This shall be confirmed through sending a verification text message and no fingerprint of the bride is required as it was in the past, and the procedures will be over with the signing of two witnesses on the tablet device.
Add Comment