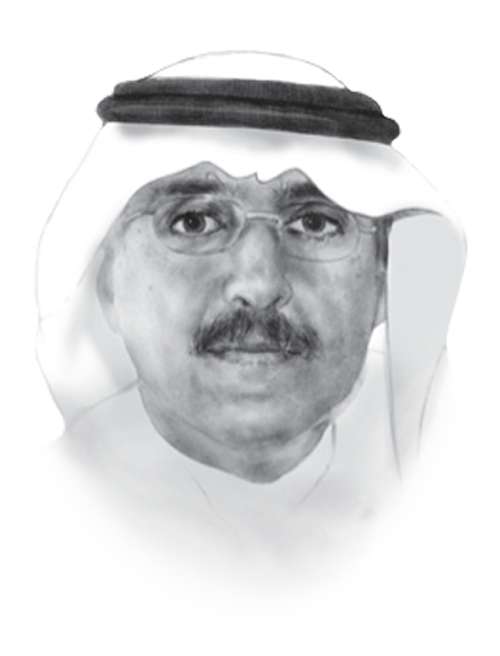 King Salman’s address to the Shoura Council on Dec. 30 gave important guidance to the council on the government’s priorities for 2022. While its focus was on domestic policies, the speech concluded by clarifying Saudi Arabia’s policies on a number of key regional and international issues, including Iran, Iraq, Syria, Lebanon, Sudan and Yemen. Particularly notable was the new emphasis on climate change, energy policy and aid to poor countries to help them fight COVID-19.

As the most important royal address of the year, King Salman’s speech clarifies the Kingdom’s priorities and guides the work of the government for the year ahead, including the deliberations of the Shoura Council. It should also inform the public discourse, for example on the environment, where some social media influencers still cling to climate change denial and other conspiracy theories.

For Saudi Arabia, energy is both a domestic and foreign policy priority. King Salman said that the stability of oil markets is a key foundation of the Kingdom’s energy strategy, stressing the need to continue with the OPEC+ accord and for all parties to the agreement to abide by its terms. Maintaining spare capacity at all times is a key element of Saudi Arabia’s oil strategy. Although costly, excess capacity helps preserve the security of supplies and contributes to balancing oil markets.

Climate change is gradually becoming a key priority in Saudi Arabia, which is a relative latecomer to the issue. However, once persuaded, the country has become, in a short time, a leading force. King Salman stressed the Kingdom’s commitment to facing the “increasing challenges of climate change” and to the Paris Agreement. Its recent adoption of the ambitious Green Saudi Arabia and Green Middle East initiatives have underscored its “pioneering and international leadership” in environmental protection, its reduction of carbon emissions and its increase in the share of renewable energies. During the COP26 summit in Glasgow last October, the Kingdom announced that, by 2030, it would reduce its greenhouse gas emissions by 278 million tons annually, targeting a net-zero balance in 2060.

On foreign aid to countries in need, Saudi Arabia made great efforts during its G20 presidency in 2020 to expedite aid to the least-developed countries as they fought the spread of COVID-19 and the related economic slowdown, including through support for their health systems and by providing urgent humanitarian and development assistance.

Saudi Arabia’s initiative within the G20 framework to suspend debt service payments and provide emergency funding for some 73 poor countries succeeded. The Saudi Fund for Development provided grants and loans worth about $14 billion to 54 African countries. In addition, Saudi Arabia has provided generous assistance to about 42 million refugees and internally displaced persons all over the world, including millions who have fled to Saudi Arabia as a result of turmoil in their homelands. Those efforts have continued, King Salman said, under Italy’s leadership of the G20 in 2021 and are expected to continue under Indonesia’s presidency in 2022.

King Salman said that Saudi Arabia is committed to safeguarding security, stability and prosperity in the region and throughout the world, as well as promoting peace, coexistence and sustainable development. He renewed his call for making the Middle East weapons of mass destruction-free and called for cooperation on the nonproliferation and banning of such weapons.

The Palestine question remains at the top of Saudi Arabia’s foreign policy priorities, with the key goal being the establishment of an independent Palestinian state on the pre-1967 borders and with East Jerusalem as its capital.

"King Salman said that Saudi Arabia is committed to safeguarding security, stability and prosperity in the region and throughout the world."

The king referred to Iran as a neighbor and expressed hope that it would change its “negative” regional policies to dialogue and cooperation. He expressed concern about its destabilizing activities, including military interventions in the region, its establishment of sectarian militias and its lack of cooperation with the international community on its nuclear and missile programs.

On Yemen, King Salman called on the Houthis to listen to the “voice of wisdom and reason” by opting for a political solution and “prioritizing the interests of the Yemeni people,” instead of terrorizing civilians through the use of explosive drones and ballistic missiles.

He said Saudi Arabia supports “all efforts” in Syria and Libya that aim to arrive at political solutions that “preserve the sovereignty, unity and territorial integrity” of the two countries, restore their security and stability, and end the suffering of their people.

On Lebanon, King Salman underlined Saudi Arabia’s support for the “brotherly Lebanese people,” and called on “all Lebanese leaders” to prioritize the interests of their people and realize their hopes for Lebanon’s security, stability and prosperity, while ending Hezbollah’s control of state institutions.

There was an especially positive note in reference to Iraq. The king said Saudi Arabia “fully supports” the Iraqi government’s efforts to preserve the country’s security and stability. He expressed optimism for the future of relations with Baghdad. In a step in that direction, the Saudi-Iraq Joint Political, Security and Military Committee held its third meeting on Sunday, chaired by the foreign ministers of the two countries. The committee is part of the larger Saudi-Iraq Coordination Council that is co-chaired by the respective heads of government and has reenergized engagement between the two neighbors.

On Sudan, King Salman welcomed the accord reached by the transition parties, which aims to prepare for elections to be held on the previously agreed date. Riyadh coordinates closely with the Quad (Saudi Arabia, the UAE, the UK and the US) as it aims to resolve Sudan’s political crisis. On Saturday, the Quad welcomed the announcement that the UN Interim Transition Assistance Mission to Sudan was facilitating discussions between the parties. They urged “all Sudanese political actors to seize this opportunity to restore the country’s transition to civilian democracy, in line with the 2019 Constitutional Declaration.”

On Afghanistan, King Salman’s address underscored the need to deny terrorists a safe haven in the country. At the same time, Saudi Arabia led efforts to mobilize humanitarian assistance by convening an emergency ministerial meeting of the Organization of Islamic Cooperation last month, which established a multi-donor fund to help the Afghan people avert a major humanitarian crisis.

While King Salman’s address reaffirmed Saudi Arabia’s leadership as an important regional power and provided guidance on important regional security issues, it also broke new ground. The Kingdom’s key regional role is being augmented by new and robust environmental policies, with the country determined to become a “pioneering and leading” force in combating climate change. And despite fiscal challenges brought about by COVID-19, Saudi Arabia wants to remain a leader in helping poor countries alleviate the pressures brought about by the pandemic and the global economic squeeze.