Newcomers to Riyadh who visit At-Turaif, the historic district in Diriyah and the original home of the Saudi royal family, are invariably enchanted by the many mud brick buildings made in traditional Najdi architectural style.

These eye-catching structures, with their geometric motifs, triangular windows and golden colors that echo the desert landscape, rise from At-Turaif’s narrow streets, offering a reminder of the Kingdom’s origins.

Even amid Riyadh’s drive toward urban growth — in line with Saudi Arabia’s Vision 2030 economic reform program — Najdi architecture can still be found in certain areas of the Saudi capital.

The traditional architectural style found throughout the limestone plateau of Najdi, the geographic center of Saudi Arabia, is in many ways a focal point of Saudi heritage. 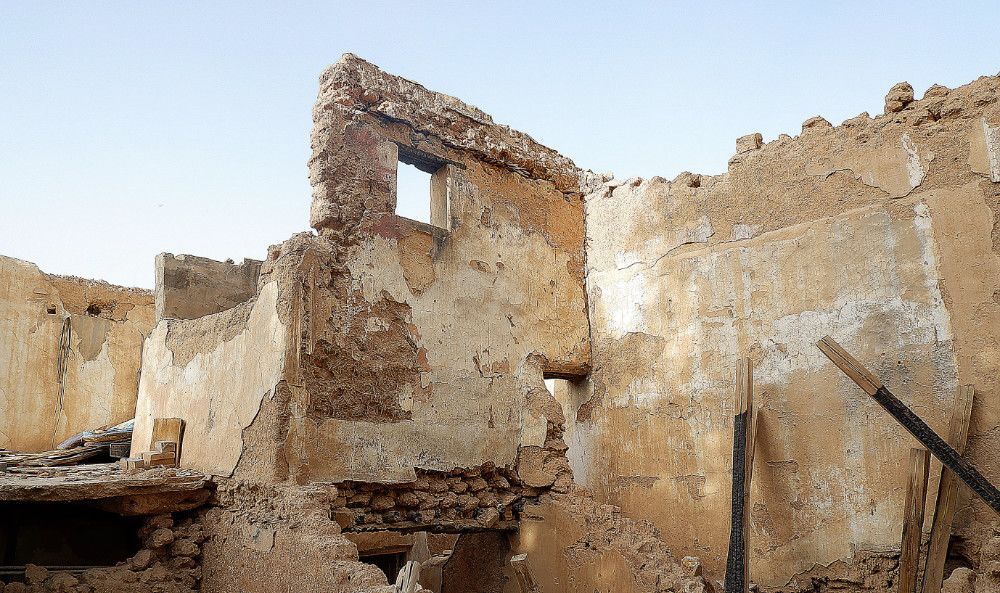 The traditional style found throughout the limestone plateau of Najdi, the geographic center of KSA, is in many ways a focal point of Saudi heritage.

The collective, launched in early December, is named after the historic neighborhood of Um Slaim in Riyadh, known for its Najdi-style buildings. “The Um Slaim project stems from the urgent need to protect the identity and social history of this part of the city in the face of redevelopment and gentrification,” Alissa told Arab News.

“We named ourselves Um Slaim as it was our first site of research into early Najdi architecture.” 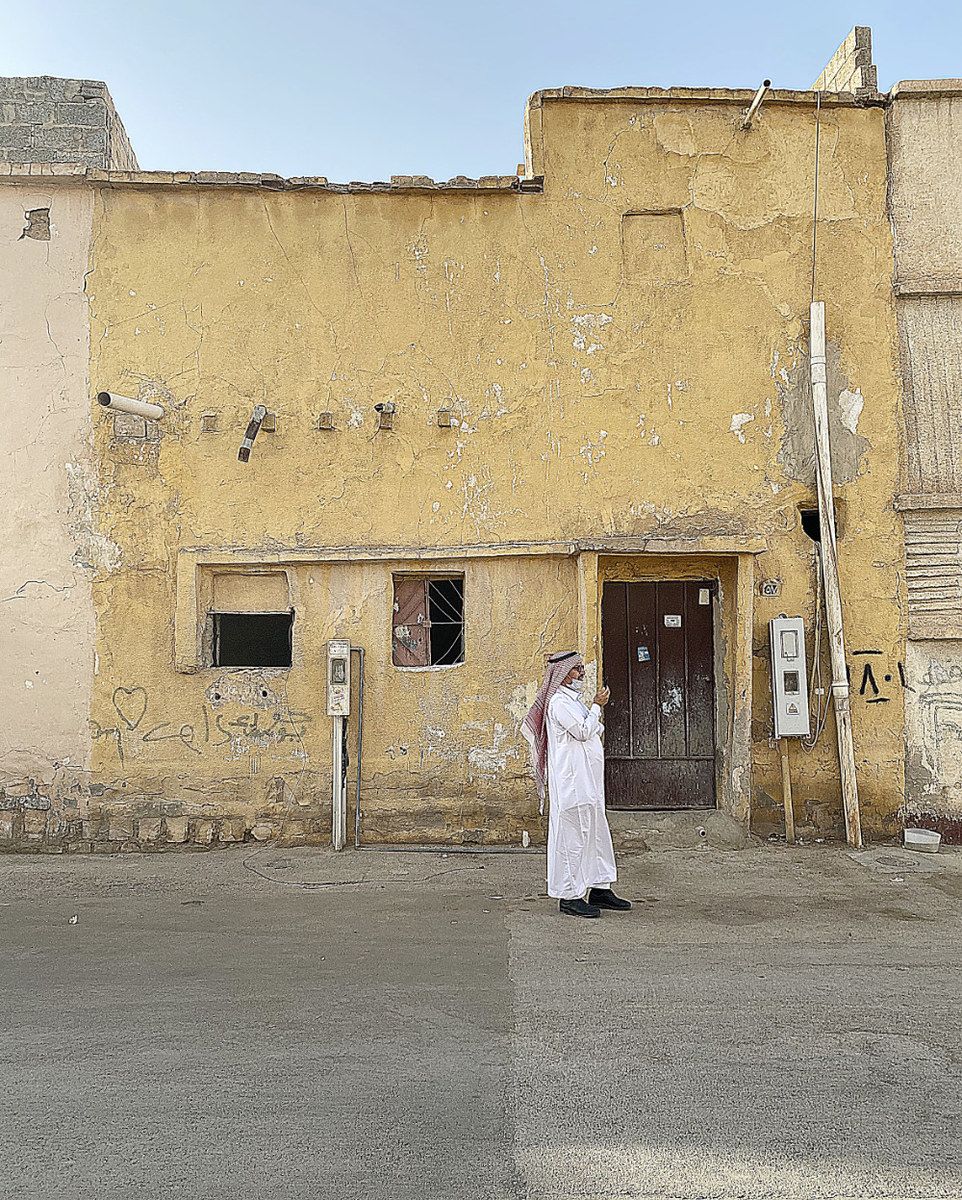 The collective collaborates with other artists and architects to investigate the displacement of Najdi architecture as contemporary designs and styles gain precedence in Saudi Arabia.

The pair opened their “research lab,” situated between Al-Murabba and Al-Futah, in early December.

Many residents in the area, mostly migrant workers, continue to live in the original adobe structures found there.

“During the 1970s, many people left these buildings and moved north in Riyadh during the urban expansion of the city,” said Alissa. “We wanted to understand this architectural shift, not just the sociocultural shift, but architecturally. What happened? How did we move from mud-brick construction to concrete structures?”

The pair believe that a contemporary Najdi language is needed in Saudi architecture today.

“To establish this, we needed to understand what Najdi is,” said Alissa.

For the launch, artworks and film were shown at the Um Slaim lab. These included “Tamwenat,” a wall installation by Saudi female artist Maha Malluh that features everyday items collected from local markets to showcase the various ethnicities in central Riyadh.

“My Mother’s Map,” a short film by Tarfa Fahad, tells the story of the artist’s mother, revealing the urban landscape through her early life and childhood memories in old central Riyadh. The film takes viewers into her home and along the main roads planned by her father, known as “Riyadh’s engineer.”

Najdi architecture’s regional variations can be seen in domestic, religious and administrative Najdi buildings, with major stylistic aspects shared by all structures.

“Najdi architecture combines three main factors that solidify its harmony with the natural environment and influences its urban morphology: The need to respond to the hot desert climate, the need for privacy in residential buildings, and the need to use locally available materials such as mud brick, stone and wood,” Alissa said.

In contemporary adaptations, Najdi buildings are characterized not only by traditional materials, but also their use of thermal and environmental elements.

“We have always been passionate about the essence of materials, where they are found, our natural surroundings, and the context of an architectural site,” Alissa said.

As well as examining the effects of urban expansion in central Riyadh and celebrating the cultural diversity in the capital’s old neighborhoods, the Um Slaim Collective is determined to explore the relationship between architecture and its surrounding environment, with new research into the preservation of architectural heritage through sustainable constructions.