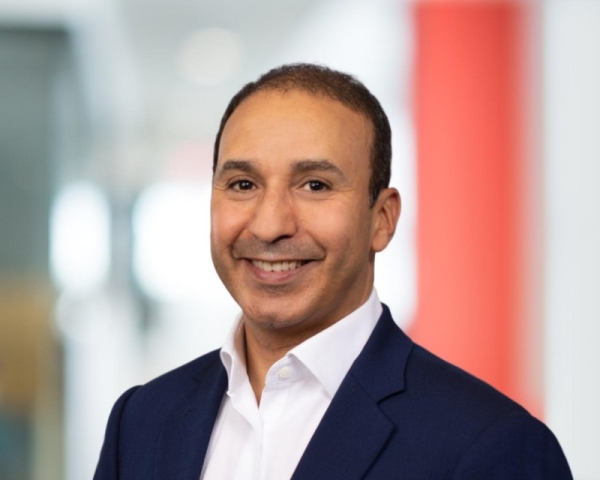 Having the right talent key for businesses to compete, says Brahim Laaidi

Having the right talent is the key for businesses to compete in this modern technological driven environment, says Brahim Laaidi, a partner at Bain & Company based in their Middle East office. Laaidi, who works in technology and digital transformation with senior clients in industries including financial services, retail, telco and the public sector, expounds that businesses need to identify and retain talent while elaborating on regional challenges that big tech companies are facing.

Laaidi, who helps clients orchestrate company-wide transformation to achieve the next stage of digital and technology strategy, organization and talent, said, “With software and technology becoming mission-critical for businesses throughout the economy, CEOs in every industry are recognizing that their ability to compete comes down to one thing — having the right talent.”

Busting effectively the myths around cloud transformation, Laaidi, while speaking to Saudi Gazette, stated that cloud provides a break from the past, enables the rapid creation and removal of application environments and is based on modern technology and is inherently more stable than many legacy platforms used by enterprises today. Here are the excerpts:

Q. What are some of the myths around cloud transformation?

Cloud adoption is a complex undertaking and there are many ‘pitfalls’ that enterprises can encounter during their journey. However, through my interactions with some clients, we still come across misconceptions. Some of the most notable ones include:

Cloud is not secure: Nowadays, the cloud provides a ‘break from the past’ and a better way of protecting data when compared to ‘on-premise’

Cloud is expensive: the full potential is typically a 30-50% reduction in hosting run-rate costs, which can equate to tens of millions of dollars annually (for medium to large size enterprises). In addition, the benefits beyond cost reductions are important to consider in the business case

Cloud is less agile than ‘on-premise’: Cloud enables the rapid creation and removal of application environments. Developers can self-sustain as needed when cloud provisioning is combined with environment builds, significantly improving productivity

Cloud is less stable than ‘on-premise’: Cloud is based on modern technology and is inherently more stable than many legacy platforms used by enterprises today.

Although these myths are still persistent, the overall sentiment is currently shifting towards acceptance, with considerable improvement in GCC countries.

Q. What are some of the regional challenges that big tech companies are facing (in M&A and otherwise)?

With software and technology becoming mission-critical for businesses throughout the economy, CEOs in every industry are recognizing that their ability to compete comes down to one thing: having the right talent.

As a result, the fight for tech talent is getting fiercer and spreading into new fronts as demand for crucial roles skyrockets.

This expanding talent crunch encompasses more than just the well-documented need for data scientists, software engineers, and other technical roles (see Figure below).

While the scope of in-demand tech roles is widening, there are also more companies vying for them. It is no longer just tech companies competing against one another; other industries have jumped into the race as well. In 2019, before the Covid-19 pandemic temporarily disrupted hiring for most companies, more than 40% of software engineer and developer hires were made by non-tech companies, up from about a third in 2010, according to analysis of US data using Bain’s Aura℠ talent platform (see Figure below).

Many companies are struggling to compete for top talent because the largest technology companies such as the US hyperscalers – Alphabet, Amazon, Apple, Facebook, and Microsoft and other tech start-ups are absorbing top flight candidates at unprecedented rates. Now, it’s becoming clear that the competition for tech talent is not simply a resourcing problem, but it’s about survival.

Q. What are the top 3 technology trends that we could expect to stand out regionally?

As a result of faster computation, following Moore's Law, which is still delivering exponential improvements, albeit at a slower pace, there is an increasing number of breakthroughs and technology applicability across industries. The list of disruptive trends that matter the most to executives is quite extensive in domains such as cloud computing, AI, Blockchain, process automation, and to a lesser extent in quantum computing, zero trust architecture and the metaverse. These stand out, with more of a disruptive impact in the short to medium term.

Cloud computing: Computing, networking, and storage migrate to the Edge, all enabled by 5G and the data center of the future

Applied AI: Pervasiveness is growing beyond the hyperscalers for a variety of use cases. It is being productized with tools, frameworks and services: Vision, natural language processing, recommendation engines, intelligent search, and the like

Q. What are some of the big tech M&A benefits?

Given the size, complexity, and profitability of big tech, scrutiny of their behavior is inevitable. That said, much of the recent attention is focused more on the fear of a potential abuse of market power rather than on a fact-based review of the M&A track record.

When the facts are reviewed, most big tech M&A spending benefits consumers and does not hamper competition. That’s according to Bain & Company’s analysis of all $300 million-plus acquisitions, totaling more than $150 billion from 2005 to 2020 by the five US hyperscalers: Alphabet, Amazon, Apple, Facebook, and Microsoft. We found that 72% of US hyperscalers’ M&A spending since 2005 created value for consumers. Competitive intensity and investment pace also increased after most of those deals. In summary, most big tech acquisitions end up benefiting consumers in at least one of three ways, according to our research.

Of course, not every hyperscaler M&A deal benefits consumers and competition. In most of these cases where consumer value and competition were harmed, the acquired company was ultimately shut down after a decline in market share and/or profitability, thereby reducing competition.

Q. How can companies tame the complexity of merging their on-premise and multi-cloud computing environments?

The adoption of ‘on-premise’ with multi-cloud environments is on the rise, but a full transition is not on the horizon. We have noticed that this is driving a need for an interoperable ‘hybrid’ model. In a recent Bain & Company survey with CIOs, ~75% believe interoperability is and will be extremely or very important. At Bain & Company, we distinguish three broad categories:

Ubiquitous IT: Fully on-premise infrastructure (may have SaaS) or full single public cloud

Hybrid IT: Meaningful presence of multiple environments, largely operated in silos with limited interoperability (e.g., ~40% on Azure, ~60% on-prem across virtualized, high-performance computing PC, and private cloud and some edge with less than 10% workload interoperable across environments)

The key hybrid challenges such as integration complexity and data location proliferation are addressed by multiple solutions in the stack, including container management and analytical data storage, which are compelling battlegrounds where software vendors continue to challenge AWS, Azure and GCP.

Q. Based on Bain’s analysis of companies worldwide adopting cloud technology and platform business models, what are the most successful brands doing differently?

On the buy-side, there is a myriad of customer segments: insurgents, born in the cloud (e.g. fintech), strategic digitizers (true hybrid adoption, e.g. Netflix), and slow and steady (in process of digital transformation, e.g. Coca Cola). Despite cloud barriers such as data privacy, security concerns, incompatibility with legacy IT, and lack of technical resources, CIOs are optimistic about the expected shift to a public cloud. Successful cloud transformations do have a few characteristics in common:

Increasing use of the hybrid cloud, which is likely to see the highest adoption as companies invest in modernization and customer experience efforts

Many CIOs want to avoid lock-in with a single Cloud Provider but around 70% of companies use one today, given talent scarcity and proliferation of applications

Focus on speed, flexibility and scalability continue to increase in importance as drivers of cloud adoption; the importance of lower total cost of ownership with the cloud has decreased, demonstrating that the shift to a public cloud is driven more so by business performance needs than by savings

When it comes to economics, it is difficult to make a business case on public cloud migration and ROI is very dependent on strategic focus (cost reduction vs. modernization). On average, it is usually a 3 to 5-year journey.

Overall, the pandemic has been a catalyst to add more use of technology and embedded AI, and for companies to capture our attention as mobile devices and other connected objects become the primary channels for everything we do.

Alongside this transformation, the computing power required by AI has been increasing, and in turn, cloud computing, AI, Blockchain, and a series of emerging technologies will keep growing at an unprecedented level.