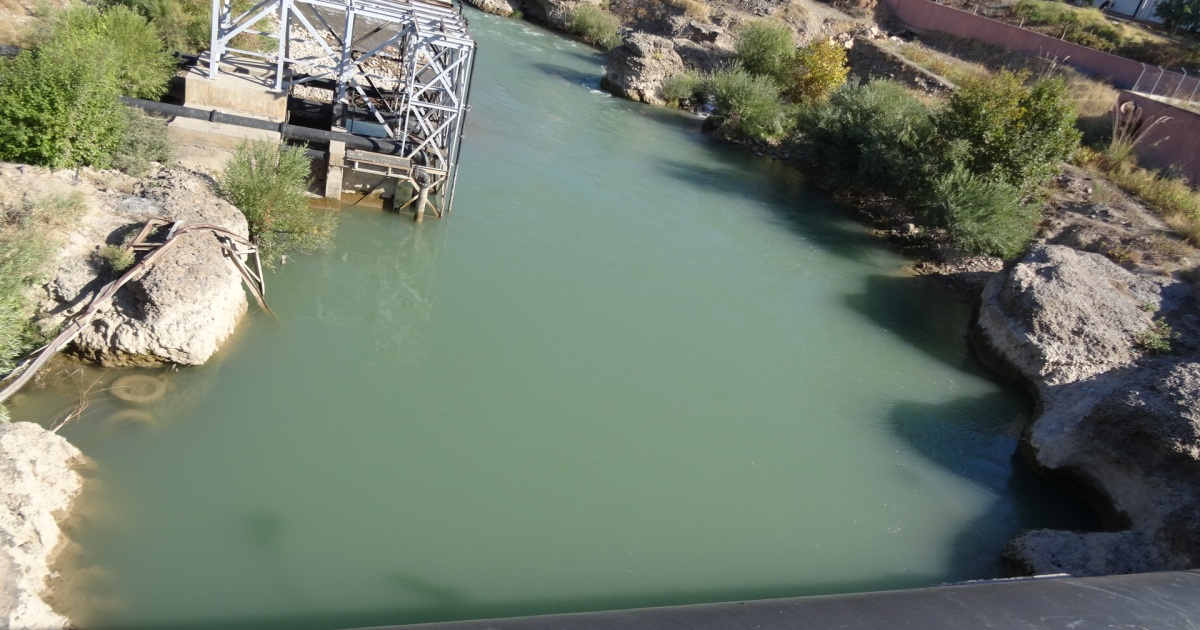 How water cooperation can provide geopolitical stability in MENA

The Blue Peace Strategy promotes water sustainability as an asset for political and social peace in the region.

In the coming years, it is thought that water will become a more important geopolitical resource than crude oil with demand set to rise more than 50 percent by 2030.

As climate change and higher consumption dry up already scarce water supplies, especially in the Middle East and North Africa region, the risk of conflict over this vital resource also increases.

The Swiss Agency for Development and Cooperation (SDC) hopes to avoid this and provide water security through the Blue Peace Strategy, which promotes water sustainability as an asset for political and social peace.

Blue Peace has noted that access to water has been a cause of conflict and migration in the region before, with wars fought over water sources throughout history. Continuing political tensions between Egypt and Ethiopia over the Grand Ethiopian Renaissance Dam are a recent example.

“Water has also been weaponised in recent times, despite the fact that access to water and appropriate sanitation is a human right: In 2017 alone, water was a major factor in open conflicts in at least 45 countries, including Syria, also entailing direct attacks on water infrastructure,” SDC senior water policy adviser for Blue Peace André Wehrli told Al Jazeera.

Blue Peace is currently active in Central Asia, West Africa, and the Middle East, where it has been running programmes for more than a decade in Lebanon, Syria, Iraq, Morocco, Egypt, Jordan, Libya, Tunisia and others.

“In practice, Blue Peace is advanced when different stakeholders come together to make equitable decisions about and invest in shared water resources to promote peace, as a basis for sustainable development and vice-versa,” said Wehrli. 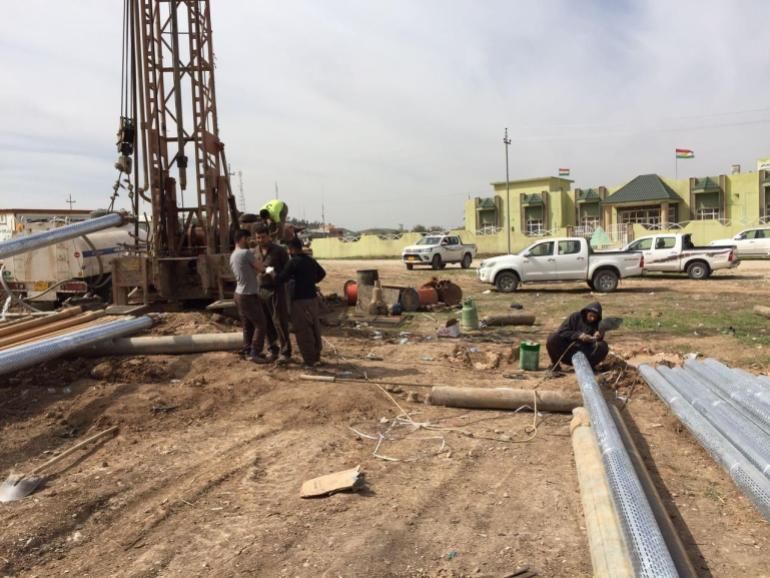 Well drilling is part of a Blue Peace project in Iraq

The SDC has offered countries support in managing their water resources more effectively and in reducing tensions between different users, such as private consumers, the energy industry, and agricultural infrastructure.

Since 2019, a regional management committee of experts from Iraq, Jordan, Lebanon, Turkey and SDC members, has overseen the programme, with coordination support from the Turkish Water Institute SUEN until the end of 2022.

“The Middle East is one of the most water-scarce regions in the world, with water availability including both rainfall and other sources of less than 1,000 metres cubed per year,” Wehrli said. “Eighty percent of available water resources in the region is used for irrigation, however, to a large extent is under low efficiency and effectiveness with very limited contribution to GDP.”

Other water-related issues in the region include desertification, he noted. “Desalination plants are an overuse of water resources with 70 percent of desalination plants located in the MENA, found mostly in Saudi, UAE, Bahrain and Kuwait.”

In Lebanon in 2015, Blue Peace began establishing a baseline for the Orontes River Basin, assessing the water resource usage and building on existing networks of academia, civil society, and public institutions, in partnership with the Lebanese Agricultural Research Institute (LARI) and Litani Authority.

Blue Peace Middle East in its current phase has been working on establishing scientific baselines that could serve as common ground for negotiations, such as in the Yarmouk River that runs through Jordan, Syria and Israel.

Its capacity-building programmes included the establishment of the Water Diplomacy Center at the Jordan University of Science and Technology, which offered coaching and training workshops to water and environmental stakeholders in the region.

The support of startups in the water sector together with their partner CEWAS has continued, and the next phase is set to start in 2023.

By 2025, Blue Peace estimated the region’s renewable freshwater supply will have dropped below one-third of the level from the 1970s.

Sustainable water use is, therefore, vital, and the exchange of data between countries that share water sources is critical for effective management. With Blue Peace’s aid, nations could help stave off water scarcity by working together.