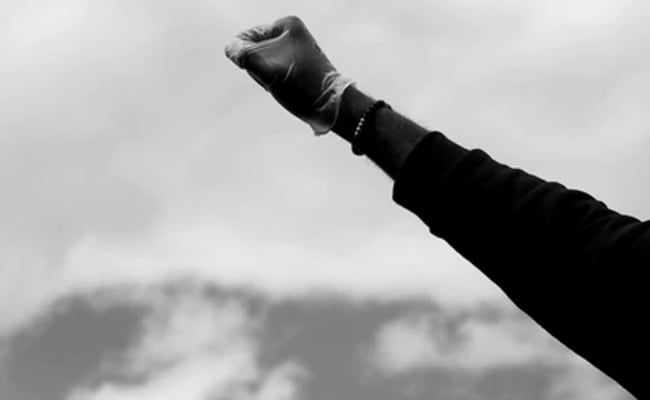 Imran Khan, 70, suffered bullet injuries in the right leg when two gunmen fired at him on Thursday, where he was leading a protest march against the government of Prime Minister Shehbaz Sharif.

Angry supporters of Imran Khan took to the streets across Pakistan after Friday prayers to protest against the assassination bid on the ousted prime minister who, in a dramatic address to the nation from a hospital, vowed to resume his march to Islamabad demanding fresh general elections.

While Mr Khan's Pakistan Tehreek-e-Insaf party insisted that Thursday's attack was a "prelude to a well-thought-out conspiracy" to assassinate their leader, the federal government has asked the PTI-led Punjab provincial government to constitute a high-level joint investigation team (JIT) for a thorough probe to bring facts to light.

Imran Khan, 70, suffered bullet injuries in the right leg when two gunmen fired at him on Thursday in the Wazirabad area of Punjab province, where he was leading a protest march against the government of Prime Minister Shehbaz Sharif.

Addressing the nation for the first time from his Shaukat Khanum Hospital in Lahore where he is being treated, Mr Khan, whose right leg was plastered, vowed to take to the streets once he has recovered from his injuries.

"As soon as I get well, I have decided to take to the streets and will give the call for Islamabad," he said in his one hour-45 minutes speech, during which he attacked the government led by Prime Minister Sharif.

Meanwhile, Information Minister Marriyum Aurangzeb said that allegations by Mr Khan were all lies and concocted.

"He still thinks with all this drama and speaking false stories he can fool all the people all the time," she said addressing a press conference after Mr Khan's address.

"It has been his idea to lie so much that it begins to seem like the truth," she said.

Mr Khan said he was hit by four bullets.

Dr Faisal Sultan, who is treating the cricketer-turned-politician, said X-rays of Imran Khan's right leg showed that his tibia was damaged and in fact fractured.

"In this scan, the line you see on right leg is the main artery. The bullet fragments were very near it," Sultan said. He described the attack on his life and said he was on the container when a "burst of bullets" was directed at him, causing him to get shot in the leg and fall down.

"Then a second burst comes, there were two people," he said, narrating the incident.

He said that if the two bullet sprays had been synchronised, he would not have survived.

"Because I fell down, I think he [the shooter] thought I had died and fled," he said.

Mr Khan noted that one suspect, claiming to be an extremist, had been arrested.

"He is not an extremist. There was a plan behind the attempt [and] we will uncover it," he said.

Mr Khan also repeated his claim that Prime Minister Shehbaz Sharif, Interior Minister Rana Sanaullah and Major General Faisal Naseer were part of the sinister plot to assassinate him in the same way former Punjab governor Salman Taseer was killed in 2011 by a religious extremist.

Meanwhile, protests by PTI workers erupted in various cities across the country after the Friday prayers.

Irate protesters blocked the busy Murree Road, the artery of Rawalpindi, which leads to Islamabad.

They also clashed with police at the Faizabad interchange, which connects the twin cities of Rawalpindi and Islamabad.

Separately, protests were witnessed outside the Governor House in Lahore, with television footage showing protesters trying to scale the gates of the sprawling premises.

Fawad Chaudhry, a senior leader from Mr Khan's party, alleged it was "a planned assassination attempt on Imran Khan and he escaped narrowly".

"The masterminds of the attack being the three main suspects, Shahbaz Sharif, Rana Sanaullah and Major General Faisal Naseer, and without removing them from their posts. It is not possible to proceed with the investigation," he said in a tweet.

During a meeting of the party's senior leadership, the doctors apprised them of the details regarding Mr Khan's surgery, Mr Chaudhry said.

Meanwhile, police in Pakistan's Punjab province have arrested two more suspects, who they believe had sold the pistol and bullets for ₹ 20,000 to Naveed Mohammad Basheer, the assailant who tried to assassinate Mr Khan, Geo News reported.

Basheer has confessed that he attacked Imran Khan because "he was trying to mislead the public." Pakistan's Interior Ministry has asked the Punjab provincial government to constitute a high-level joint investigation team (JIT) to bring the facts to light.

In a communique, it asked the provincial government to include senior police officers and intelligence personnel in the JIT.

Earlier, speaking at a press conference with Information Minister Marriyum Aurangzeb, Interior Minister Sanaullah said the JIT should consist of senior officers for "credible and transparent inquiry" into the incident. He also assured the provincial government of the center's "full assistance" in the probe.

The minister also blamed the Punjab government for the security lapse that may have led to the firing. He placed the responsibility for the leaked video of the assailant's confession on the provincial government's shoulders as well.

Police officers and other officials in Pakistan's Punjab province have been suspended by chief minister Chaudhry Pervaiz Elahi for leaking the suspected attacker's confessional statement after the gun attack on Khan.

Imran Khan launched his march on October 28 from Lahore with the aim to reach Islamabad on November 4 to hold a rally for forcing the government to announce fresh elections.

Imran Khan, who was ousted from power in April after losing a no-confidence vote in the National Assembly, has repeatedly talked about a 'threat letter' from the US and claimed that it was part of a foreign conspiracy to remove him as he was not acceptable for following an independent foreign policy. The US has bluntly rejected the allegations.