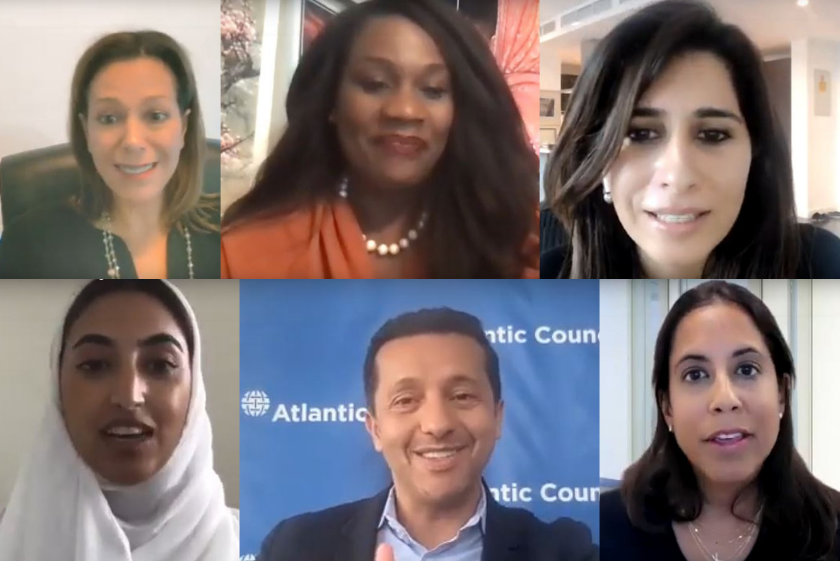 ‘Investing in women is just good business’: Ways to increase funding for women-led ventures in the Middle East

This workshop is part of the Igniting Women’s Entrepreneurship and Innovation in Saudi Arabia program led by the Atlantic Council’s empowerME Initiative in partnership with the US Mission to Saudi Arabia, the American Chamber of Commerce Saudi Arabia, and Quantum Leaps. The program brings US entrepreneurs, experts, and business leaders together with their Saudi counterparts to build relationships, share knowledge, and develop partnership opportunities via hybrid workshops and networking sessions.

Women’s entrepreneurship and funding for women-led startups is improving, but more needs to be done

*  Mona Ataya pointed to the “seismic shift” in the Gulf Cooperation Council region: more women are entering a diverse array of jobs and jumping on the bandwagon of entrepreneurship. One reason for this, she believes, is that “success breeds success.” Success creates confidence as well as resources that other entrepreneurs can tap into. Moreover, the infrastructure is changing, with more venture capital firms entering the region. Ataya noted that at Mumzworld, 70 percent of the leadership team is made up of women and 60 percent of the employee team is also made up of women.


*  Emon Shakoor stated that far more women are now entering the tech industry, whereas it used to be that women were starting more traditional businesses. She added that “women are demanding what they deserve in terms of funding, rights in the workplace, and work-life balance. It’s only indicative of a brighter future for Saudi Arabia and [the] whole region because that is what inclusivity brings.”


*  Amjad Ahmad said that although “women outperform on many scales,” in his experience, investors are not seeing enough businesses led by women. Fortunately, the situation is improving. He called for more training and internships “to get more women into the fold.” Ahmad noted that all the investments he has made in women-led businesses tend to have a higher proportion of female employees and this trickle-down effect is powerful because it can enable the creation of more businesses led by women. He predicted that Mumzworld will sprout several women-led ventures in the coming years.

*  Shakoor noted that according to recent data, 40 percent of all entrepreneurs in MENA are women and 39 percent of all entrepreneurs in Saudi Arabia are women. But, on the flip side, only 5 percent of women are getting funding. She argued that the problem is not a dearth of women-led businesses but rather that not enough women entrepreneurs are trying to start tech companies. She said some women fear that they cannot lead a tech startup if they don’t know how to code, whereas men don’t let that hold them back. As part of her work, Shakoor reminds women entrepreneurs that they can find a co-founder or hire a chief technology officer to help with the tech side of the business. Shakoor does see positive change underway, with 11 percent of women in Saudi Arabia in IT and tech in 2017—now increasing to 24 percent this year, which is a higher percentage than in Silicon Valley.

*  Alifia Doriwala underscored that “top-down leadership is essential to ensure women are hired and retained” and noted that the culture of diverse senior leadership has also allowed them to attract diverse talent at RockCreek. Moreover, RockCreek is intentionally ensuring its internship team is diverse (it is 80 percent diverse). Doriwala explained that these top-down strategies “translate to what we invest in—it permeates throughout our investments.”


*  Shakoor emphasized the need to tackle funders’ implicit and unconscious biases through conversations like this event. She noted that questions about pregnancy or a woman’s desire to start a family could impact her funding success, whereas men are often not scrutinized in the same way even if they are also parents or start families.


*  Ahmad stated that, while “startups have a great DNA and hiring women is natural for them, in the private sector, we are not doing well on women in leadership and women’s employment. We need to see more women on boards and more women in leadership. We have to dictate diversity in order to get more women involved in decision-making and making a real impact in terms of hiring and growing talent.”

*  Algene Sajery noted that “women often face challenges getting funding despite the fact that women run businesses that are critical around the world.” Sajery explained how the US Development Finance Corporation’s 2X Initiative prioritizes investments led by women or that create jobs for women. This is a priority, she said, because “women play a critical role and are the backbone of their societies and communities. They invest back in their communities and children. They create jobs and provide vital services.”


* Shakoor spoke about “the exponential power of female talent,” noting that women bring new ideas and innovation to the table. She added that women are more detail-oriented, are perfectionists, and are great at multi-tasking because women’s brains have different neuron activity.


*  Ahmad shared his reflections from his work with women entrepreneurs and leaders, noting that “women tend to be problem solvers” and, “in startups, that is what you want because you need resilience.” He added that “women are great team builders and tend to build diverse teams.” He also noted that “women overdeliver. They don’t hype up their performance, but then they hit it out of the park.”


*  Doriwala said, “We have data to show that there are returns on our diverse and impact investments.” She added that having investors with a different lens and filter is essential to creating the best portfolio to create the best returns. RockCreek has invested over $2.3 billion in women and $6 billion in diverse talent—a significant investment given RockCreek’s size. She quipped that firms that tout their $100 million investments in women should be investing $1 billion.


*  Ahmad shared his perspective as an investor, saying: “Investing and hiring women is just good business. We’ve made great returns. Women add a lot to the conversation. The reality is the data fleshes this out. Investing in women and diverse management teams yield better returns.” Ahmad shared the story of his firm’s investment in Mumzworld six years ago, explaining that they made a data-driven decision and felt Ataya was uniquely qualified to take it to the next level because she was talking about building a community, not just selling goods.

Tips for women on fundraising and pitching

*  Ataya emphasized that her business succeeded because it “proved unit economics” and had “customer obsession,” which allowed them to lead, build unfair advantages early on, and execute with excellence. Ataya also alluded to the grueling life of an entrepreneur, saying it is not a path for everyone but rather “a journey driven by passion for a vision that creates some kind of impact.” She emphasized that to be successful, you must “work longer and harder than you’ve ever done before.” In terms of pitching, Ataya emphasized that she walked into rooms “to get what she needed to make the business successful.” She also constantly worked to improve her skills and surround herself with people who could complement her.

*  Doriwala recommended going into a pitch prepared with information about the people you will speak with so that you can make a personal connection. She emphasized that this is especially important at the seed and accelerator phase when the company does not have much data, and funding decisions are made in part because of a personal connection with an entrepreneur.


*  Ahmad said that pitching “all comes down to your business” and advised entrepreneurs to clearly “articulate your business really effectively” and make a solid case to investors about why you are uniquely qualified to execute that business. 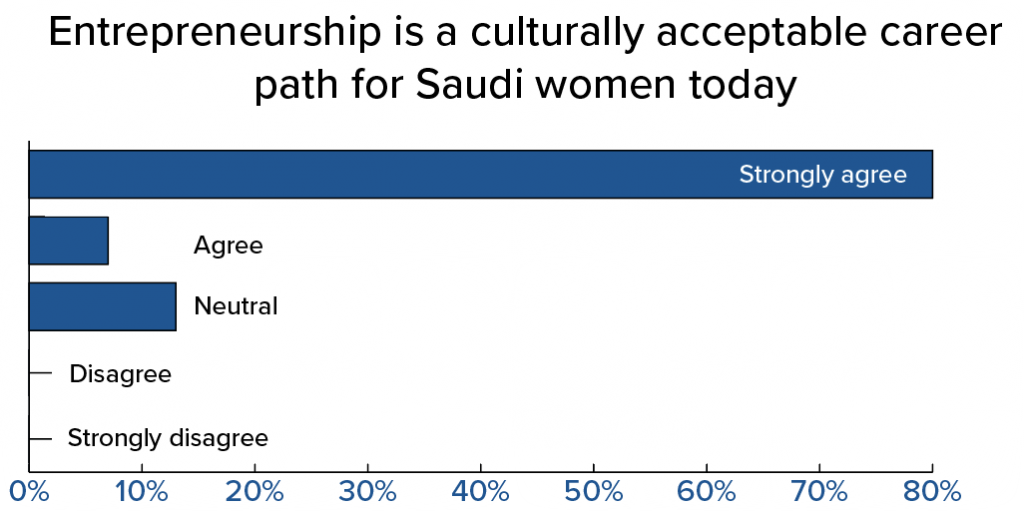 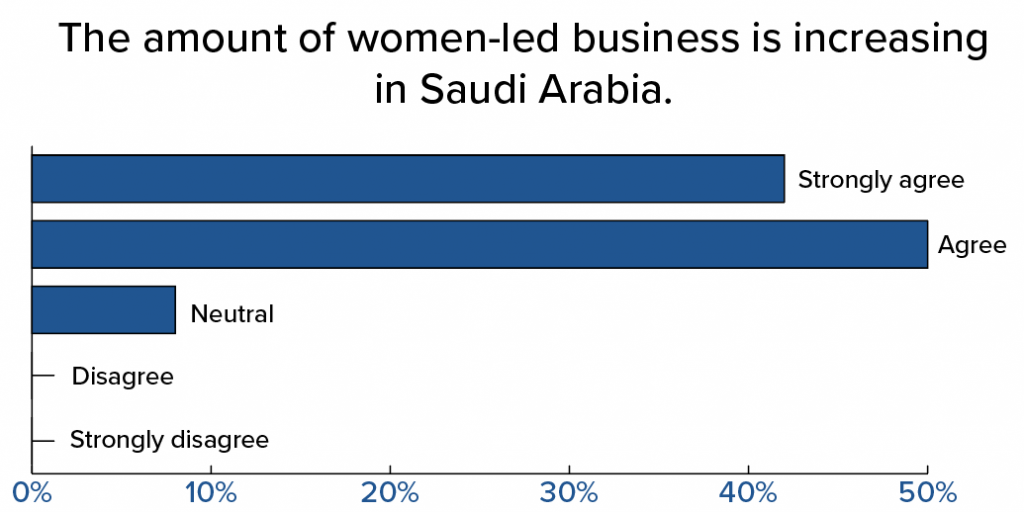 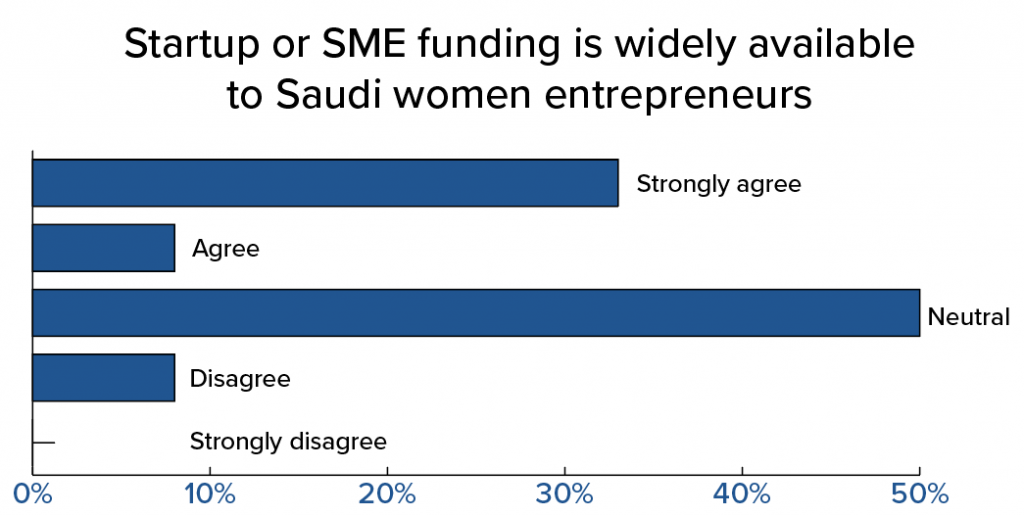